The number of Americans filing new unemployment claims dropped to 547,000 last week as the economy continues to recover from the coronavirus pandemic, according to the Department of Labor.

The figure is the lowest level for initial jobless claims since March 14, 2020 while the jobless number reported last week is the second-lowest number since then, the Labor Department said.

Roughly 17.4 million Americans continue to collect unemployment benefits, according to the report.

Economists expected Thursday’s jobless claims number to come in around 603,000, The Wall Street Journal reported. New jobless claims fell below 1 million in the first week of August, the first time weekly claims had fallen below 1 million since March 2020. (RELATED: Private Companies Will Have To Pay For Most Of The ‘Green Transition,’ Biden Administration Says)

“We’re still pretty deep into the hole created by the pandemic,” Daniel Zhao, a senior economist at Glassdoor, told the WSJ. “But at the same time, there is more optimism now than at any other point in the pandemic.” 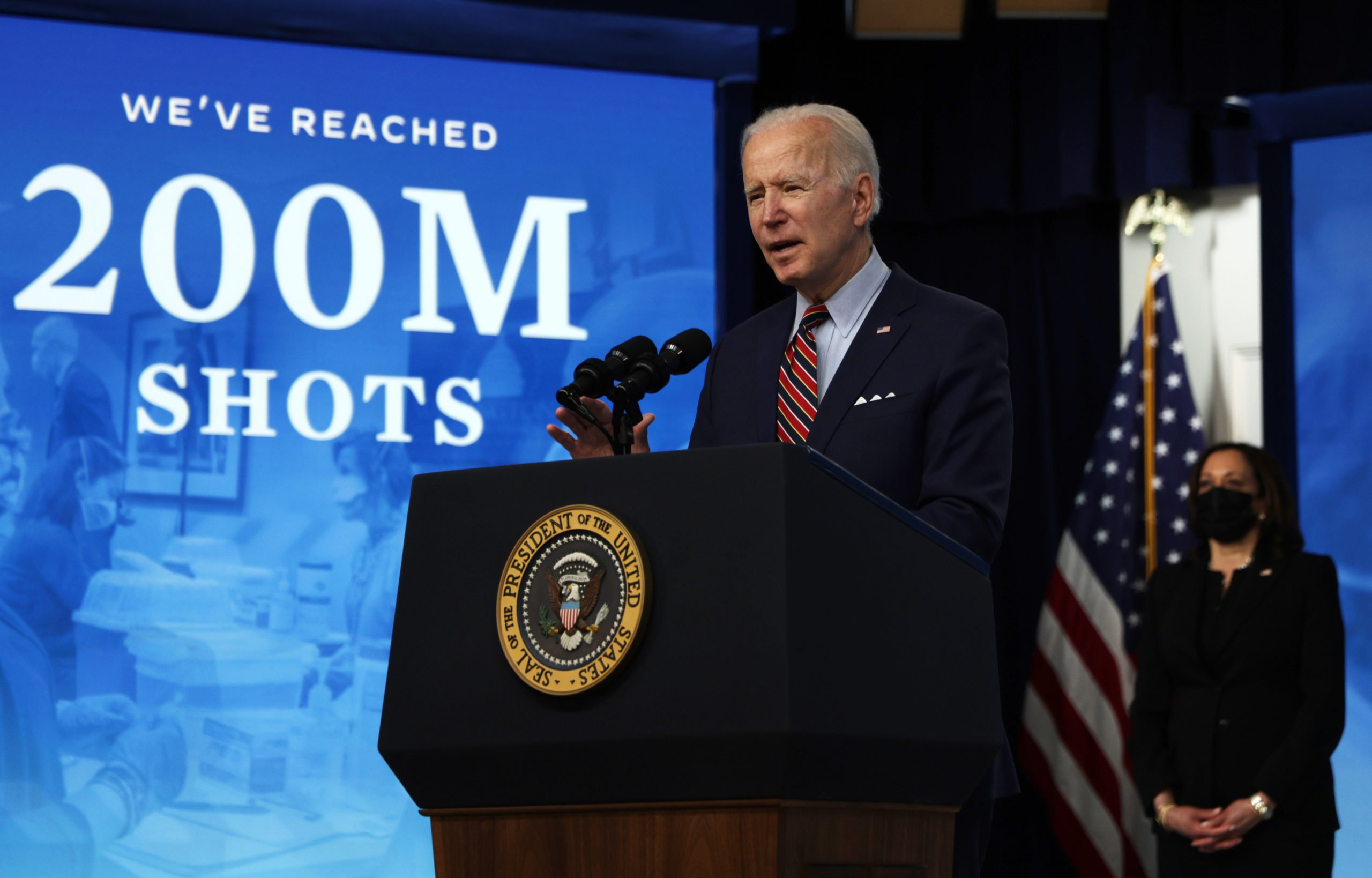 President Joe Biden makes remarks about the state of vaccinations in the U.S. at the White House on Wednesday. (Alex Wong/Getty Images)

The U.S. economy added 916,000 jobs in March, a positive sign that the economy is recovering, according to Department of Labor data released last week. The U.S. added 379,000 jobs in February and a modest 49,000 jobs in January.

The Organization for Economic Cooperation and Development (OECD) and the International Monetary Fund (IMF) have both been bullish in U.S. economic growth projections. The OECD projected that U.S. gross domestic product would surge 6.5% in 2021 while the IMF expects 6.4% growth.

President Joe Biden announced his $2.3 trillion infrastructure package in Pennsylvania in March. The White House said the plan will create millions of “good jobs” and rebuild the nation’s infrastructure.

The White House is expected to announce key climate change initiatives during its Summit on Climate Thursday and Friday, which could have a significant impact on the economy. Treasury Secretary Janet Yellen said Wednesday the private sector would be expected to shoulder much of the costs associated with “greening” the economy.

Average coronavirus cases and deaths per million have declined since January, according to Centers for Disease Control and Prevention (CDC). On Wednesday, the U.S. reported 733 new coronavirus-related deaths and 57,261 new cases.

The U.S. has administered 134.4 million vaccinations, meaning 40.5% of the population has received at least one dose of a coronavirus vaccine, according to the CDC.