Included in the bipartisan immigration bill, titled the Bipartisan Border Solutions Act, are provisions aimed at increasing capacity in migrant shelters and resolving asylum claims in a timely manner, Axios first reported. It also seeks to deter migration from those unlikely to be granted asylum and to protect unaccompanied migrant children.

“We know that this crisis at the border is not a Democratic or Republican problem,” Sinema said Thursday afternoon while on a call with reporters, according to Axios. “It’s not a new problem. It’s an American problem, and it’s one that we’ve been dealing with in our border states for decades.”

“I’ve seen firsthand how Arizona, and specifically small communities along the border, pay the price for the federal government’s failure to fix our broken immigration system,” Sinema said in a statement. “I am proud to introduce bipartisan, bicameral legislation ensuring the federal government takes meaningful steps to support our border communities, secure the border, and treat all migrants and unaccompanied children fairly and humanely.”

“I have seen firsthand that law enforcement at our southern border has been overwhelmed by this historic surge of migrants, and border communities are straining to provide whatever assistance they can,” Cornyn added. “With the Border Patrol estimating that this situation will only get worse, we must address this in a meaningful way that is fair to migrants seeking asylum, takes the pressure off of our border communities, and allows our Border Patrol agents to focus on their primary mission of securing the border.”

The bill also has the support of the U.S. Chamber of Commerce.

The bill’s introduction follows a joint letter from the two border-state senators calling on President Joe Biden to use his “full authority” to address the crisis, and a letter from Sinema and Arizona Democratic Sen. Mark Kelly urging Biden to deploy more Homeland Security personnel to the border as well. (RELATED: Arizona’s Democratic Senators Want More Homeland Security Personnel On The Southern Border) 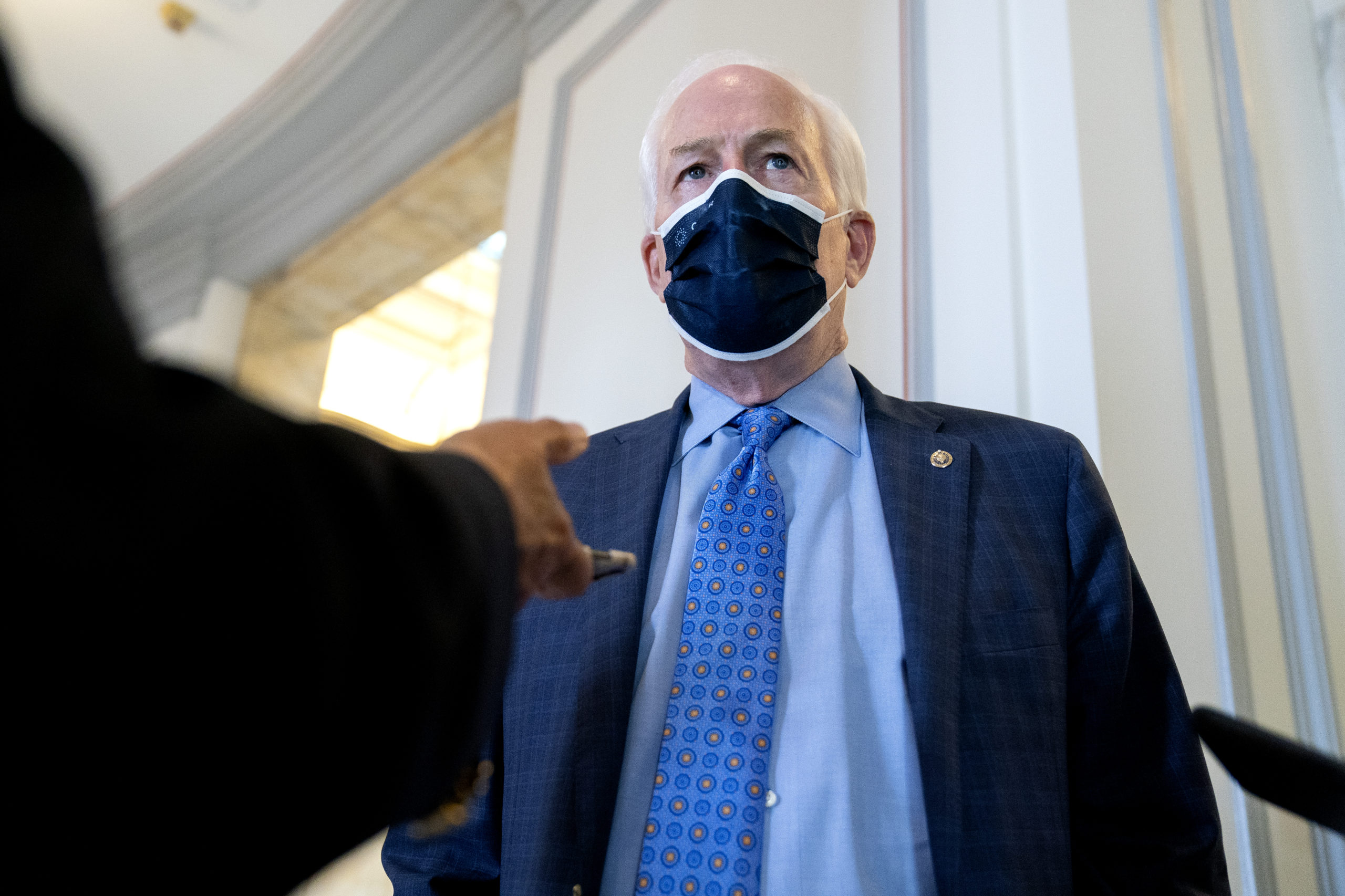 Despite multiple bipartisan bills that have been introduced, Congress has been unable to agree on immigration reform for years. A bipartisan bill introduced in the House Tuesday that would have demanded a comprehensive strategy from DHS and allocated $1 billion in aid after its adoption failed to even reach the floor for debate.