The two Republican leaders in Congress sent out a release, praising Scott for his leadership in the party, saying he is one of the most “inspiring and unifying leaders” in the U.S. The address will be following the Joint Session of Congress on Wednesday, April 28, where President Joe Biden will address a joint session of Congress for the first time in his presidency.

“Senator Tim Scott is not just one of the strongest leaders in our Senate Republican Conference. He is one of the most inspiring and unifying leaders in our nation. As Sen. Scott likes to say, he is living his mother’s American dream, and he has dedicated his career to creating more opportunity for our fellow citizens who need it most. Nobody is better at communicating why far-left policies fail working Americans. Senate Republicans are looking forward to this address from our distinguished colleague,” McConnell said in a statement. 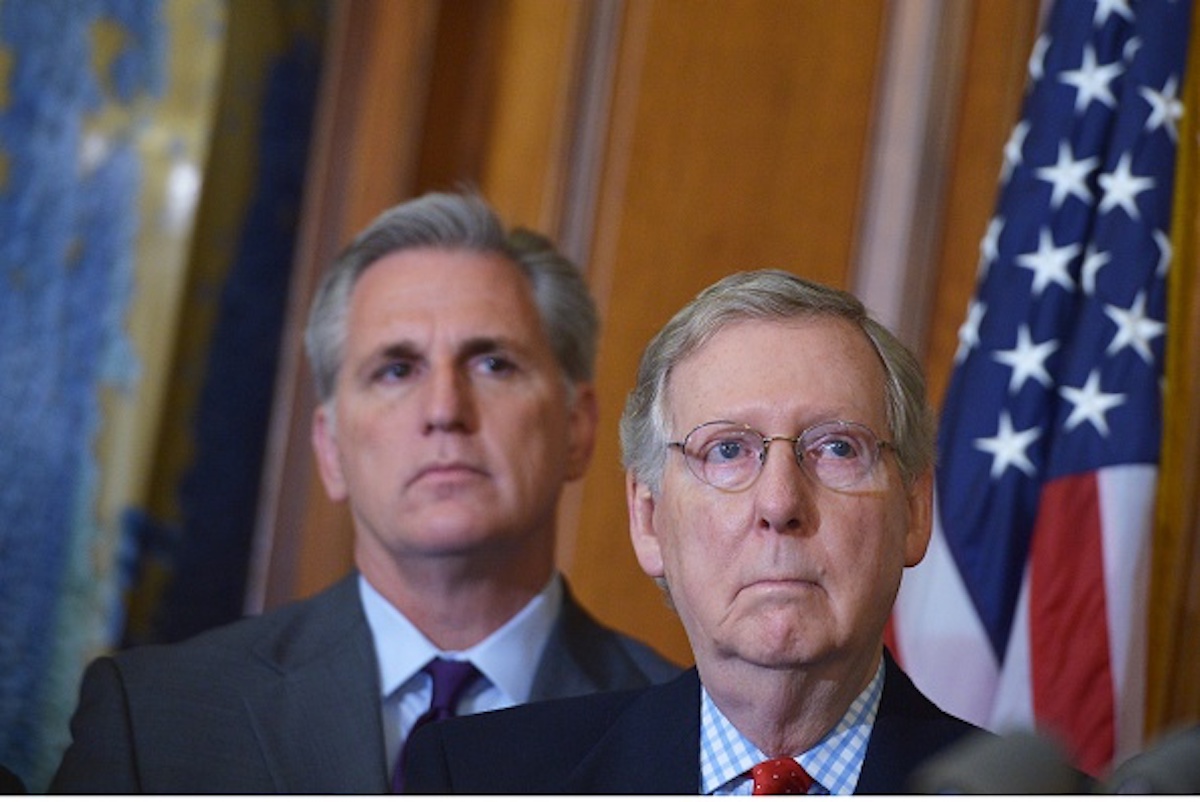 Senate Majority Leader Mitch McConnell (R), R-KY, stands next to House Majority Leader Kevin McCarthy, R-CA, during a signing ceremony for the Keystone XL Pipeline Approval Act on February 13, 2015 in the Rayburn Room of the US Capitol in Washington, DC. (Photo credit should read MANDEL NGAN/AFP via Getty Images)

“I couldn’t be more proud as a friend, as a Republican, and as an American to have Senator Tim Scott deliver the Republican response to President Biden’s address next week. He is a conservative optimist with the right vision for a stronger, more united country. Today’s Republican Party is a growing coalition of working Americans who value freedom in pursuit of the American dream. No member in Congress epitomizes the essence of today’s Republican Party more than my friend and colleague Senator Scott,” McCarthy said about Scott.

Scott said he will have an “honest” conversation with the American people and give them a better sense of what to look forward to in the future. (RELATED: ‘Thankful For The Verdict’ — Sen. Tim Scott Reacts To Chauvin Being Found Guilty Of All Charges, Calls It ‘A Monumental Day’)

“I’m excited and honored for this opportunity to address the nation,” Scott said. “We face serious challenges on multiple fronts, but I am as confident as I have ever been in the promise and potential of America. I look forward to having an honest conversation with the American people and sharing Republicans’ optimistic vision for expanding opportunity and empowering working families.” (RELATED: Sen. Tim Scott Says He Will Vote To Certify Biden’s Win, Will Not Oppose Electoral Vote Count On January 6)

Scott, who is up for reelection, picked up an endorsement from former President Donald Trump despite his decision to not object during Congress’ counting of the Electoral College vote on Jan. 6 and to certify then-President-elect Joe Biden’s win against Trump.