A former hospice manager was sentenced Wednesday for falsely persuading patients they would die within six months so they would sign up for the agency’s services, officials said in a Justice Department press release.

Jose Garza, 44, a former operations manager at the Texas-based hospice and home health agency chain Merida Group, falsified medical records in order to persuade patients to sign up for the chain’s services across the Rio Grande Valley, court documents said, according to the press release. Garza acknowledged offering kickbacks to physicians in the form of “medical directorships” in return for falsifying health records, the press release said. (RELATED: Sessions Announces Charges For 601 People In Largest Health Care Fraud Bust In History)

Witnesses testified that Garza offered kickbacks to physicians between 2009 and 2018, according to the press release. Garza pleaded guilty in Sept. 2019 to one count of conspiracy to commit health-care fraud.

The scheme within the Merida Group involved persuading thousands of patients they would die within six months in order to drive sign-ups for hospice care, according to the press release. The agency received revenues as a result of the scheme. 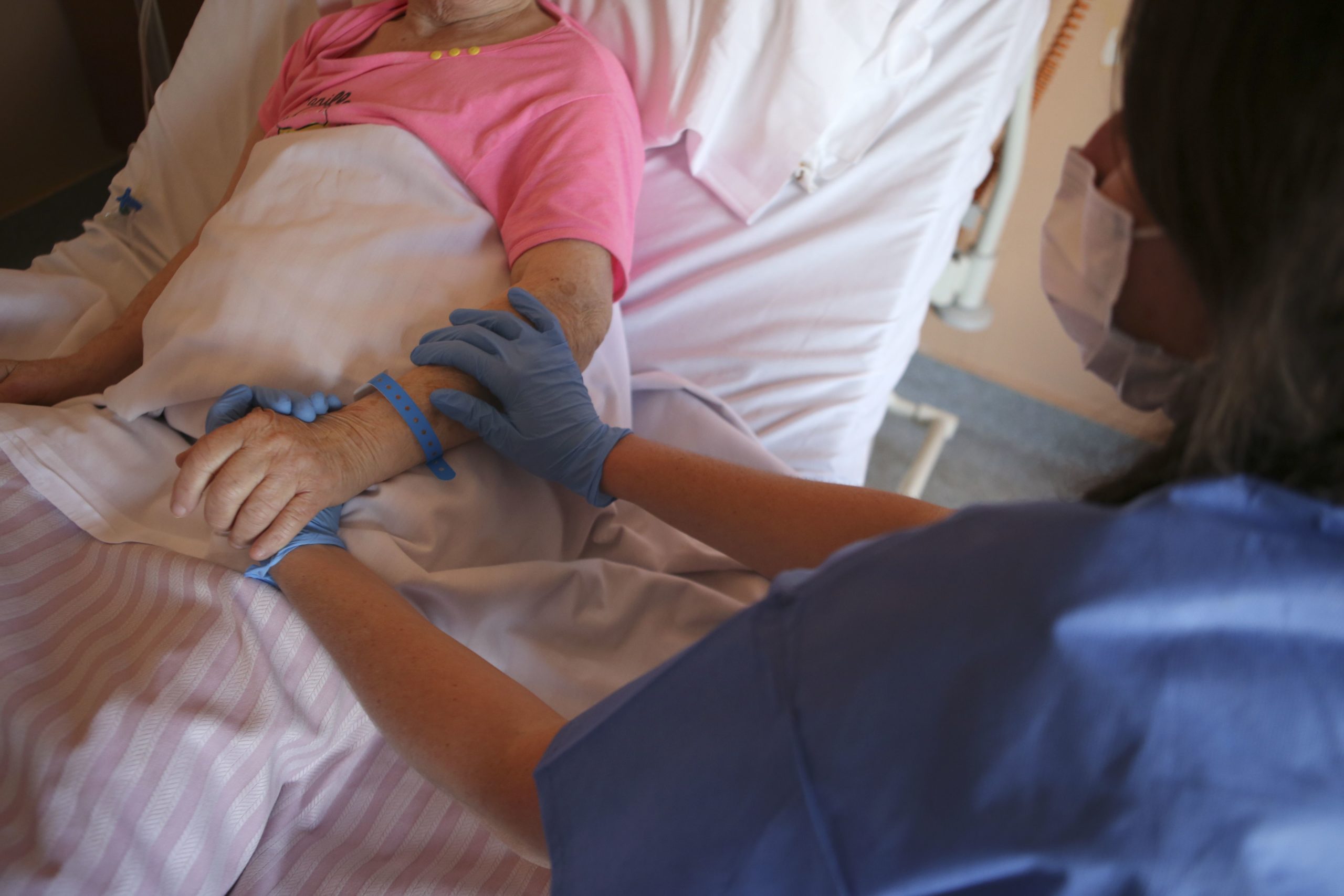 TOPSHOT – A nurse wearing protective gloves holds the hand of a patient in the palliative care unit of the the Eugenie Hospital in Ajaccio, on the French Mediterranean island of Corsica, on April 23, 2020, on the thirty-eighth day of a lockdown in France aimed at curbing the spread of the COVID-19 disease, caused by the novel coronavirus. (Photo by PASCAL POCHARD-CASABIANCA/AFP via Getty Images)

Garza was ordered to submit a restitution payment of $4,700,000 and received a 27-month jail sentence, the press release said. The conspiracy was “one of the largest criminal hospice fraud cases tried to a jury,” according to the Justice Department.

Rodney Mesquias, who owned Merida Group, was sentenced to two decades in jail for his participation in the plot and Henry McInnis, the agency’s CEO, was sentenced to jail for 15 years for the scheme, various press releases said. Francisco Pena was also found guilty of charges connected to the plot, a Nov. 2019 U.S. Attorney’s Office Southern District of Texas press release said.