Murkowski, who was the first Senate Republican to call on then-President Donald Trump to resign after the Capitol riot and who voted to convict Trump in his Senate impeachment trial, received Manchin’s support in an interview with Politico. Manchin said he would support her in a “heartbeat” and Murkowski accepted his endorsement.

“I’ve met a lot of good people in Alaska, they know when they’ve got the real deal. And they see the person that basically is bringing both sides together, trying to look for the best interest,” Manchin said in the interview. “People understand that they have a person that understands Alaska and has Alaska in her blood and in every part of her veins and every morsel of her body.” 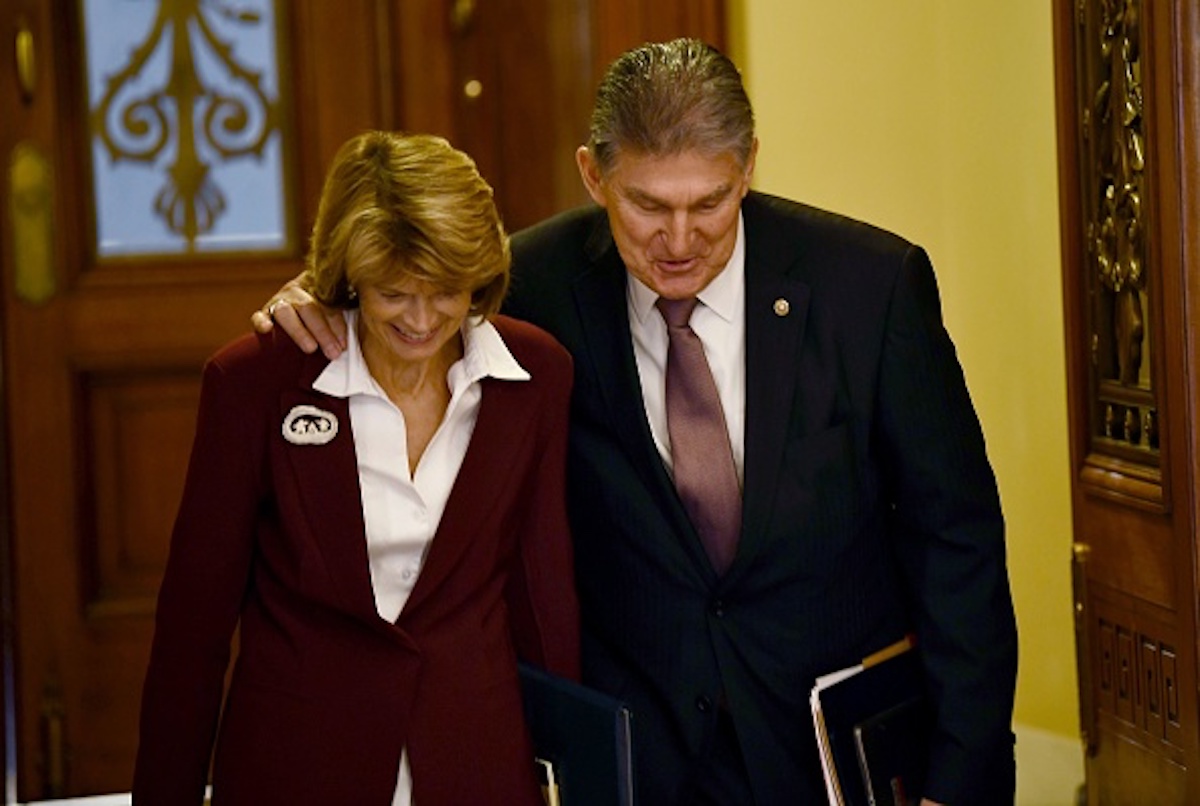 Senators Lisa Murkowski and Joe Manchin leave after a recess during the impeachment trial of US President Donald Trump at the US Capitol in Washington, DC on January 28, 2020. (Photo by BRENDAN SMIALOWSKI/AFP via Getty Images)

Although Murkowski has not yet announced her reelection campaign, she told Politico that she “would welcome his endorsement.” (RELATED: Sen. Lisa Murkowski Votes With Democrats To Advance Gupta’s Nomination)

In late March, Commissioner of Administration Kelly Tshibaka announced that she will run against Murkowski, making her the first Republican to throw her hat in the ring against the incumbent.