Angela Moore told the outlet the fight began when her two previous foster children had visited her home Tuesday for a birthday celebration.

“It was over keeping the house clean,” Moore told CNN. “The older one told them to clean up the house because ‘Mom doesn’t like the house dirty.” (RELATED: ‘Having A Bad Day’: Gender And Africana Studies Professor Suggests Ma’Khia Bryant Was Shot For ‘Not Being Perfect’)

Bryant reportedly responded to the older foster child “you’re not the guardian of me,” Moore recounted to CNN, noting her foster children relayed the story to her.

Moore said the children “argue all the time” but that she did not ever expect things to escalate the way they did, according to CNN. 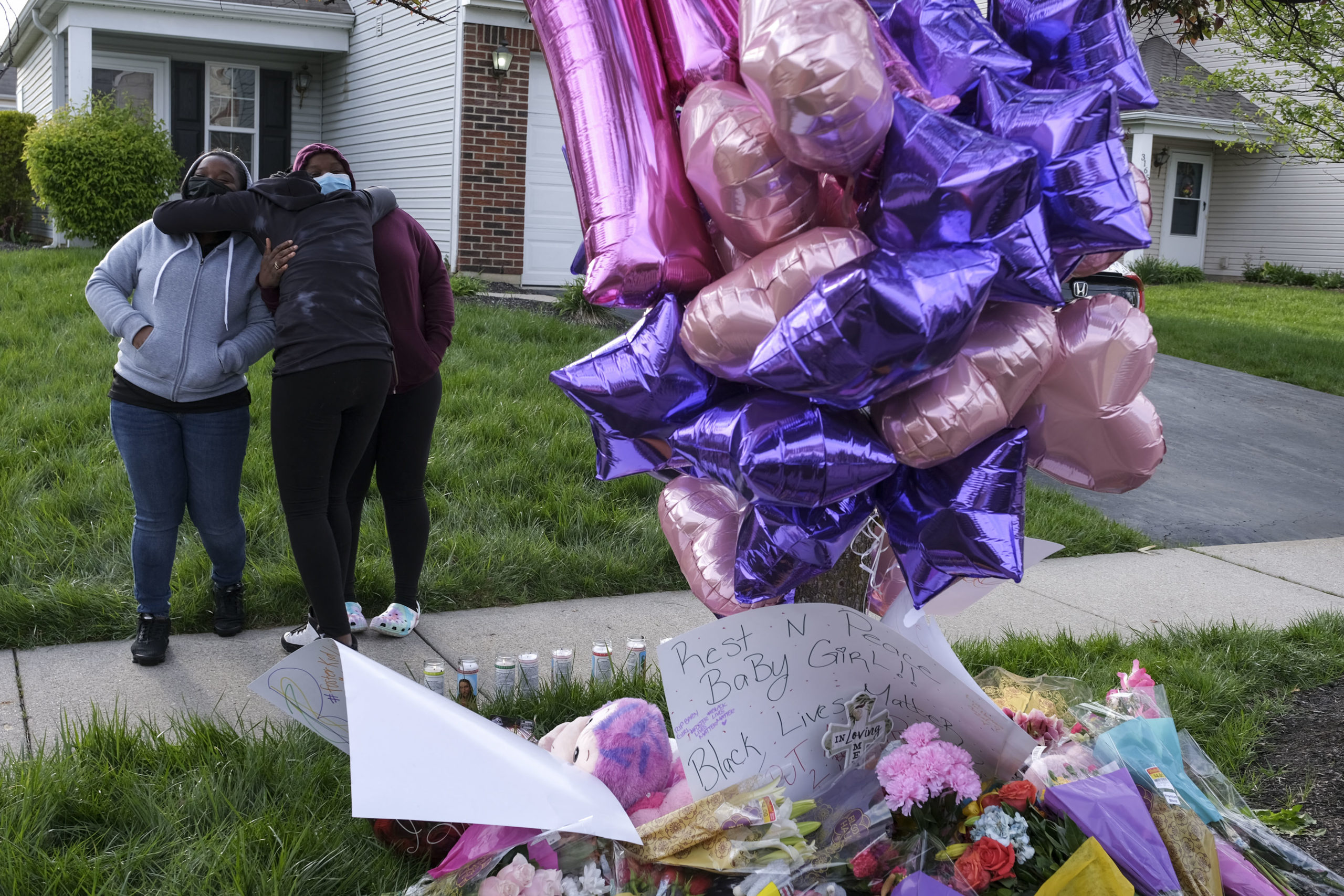 People gather around a pop-up memorial at the site where a Columbus Police Department officer shot and killed Ma’Khia Bryant, 16, in Columbus, Ohio on April 21, 2021. – (JEFF DEAN/AFP via Getty Images)

Moore said one of her former foster children, the girl seen in the hot pink jumpsuit in footage of the shooting, called her to tell her Bryant had been shot, according to the report.

“Mom, get home. Where are you? They’re going crazy,” Moore recounted, noting the foster child then told her “they shot Ma’Khia.”

Moore told the outlet she immediately began praying before a flood of texts came in reading “I’m sorry.” When Moore arrived home, she was reportedly told by police Bryant was dead.

“I never in my worst nightmare would have thought it would ever come to this,” she said, according to CNN.

Moore remembered Bryant, who had only been living with her for a few months, as “fun,” noting she liked to dance and help with chores, according to CNN.

Bryant was fatally shot by police Tuesday after lunging at two girls with a knife, video shows. Columbus police officer Nicholas Reardon arrived on the scene and immediately walked toward Bryant and another female who lay on the ground after getting knocked down by Bryant.

As Reardon got closer, Bryant lunged at the woman in the pink jumpsuit while holding a knife, video shows. Reardon appeared to fatally shoot Bryant just as she was about to stab.

The former foster child in the pink jumpsuit later told another officer that Bryant “f**king came at me with a knife,” and that Reardon had to shoot Bryant because she “came after me.”