Jordan Lancaster Reporter
April 27, 2021 2:01 PM ET
Font Size:
An independent autopsy for the North Carolina man killed in a police-involved shooting reportedly said he was shot a total of five times, including one shot to the back of the head.

The autopsy, commissioned by the attorneys representing the family of Andrew Brown Jr., reportedly said that he was shot four times in the right arm and once in the back of his skull. A copy of the autopsy was obtained by Fox News. Dr. Brent Hall conducted the autopsy Monday, according to Fox News. The bullet entered the back of Brown’s head and penetrated his skull and brain but did not exit his head, the autopsy report said. (RELATED: Media Ran With Early Reports On The Columbus Shooting Only To Be Wrong) 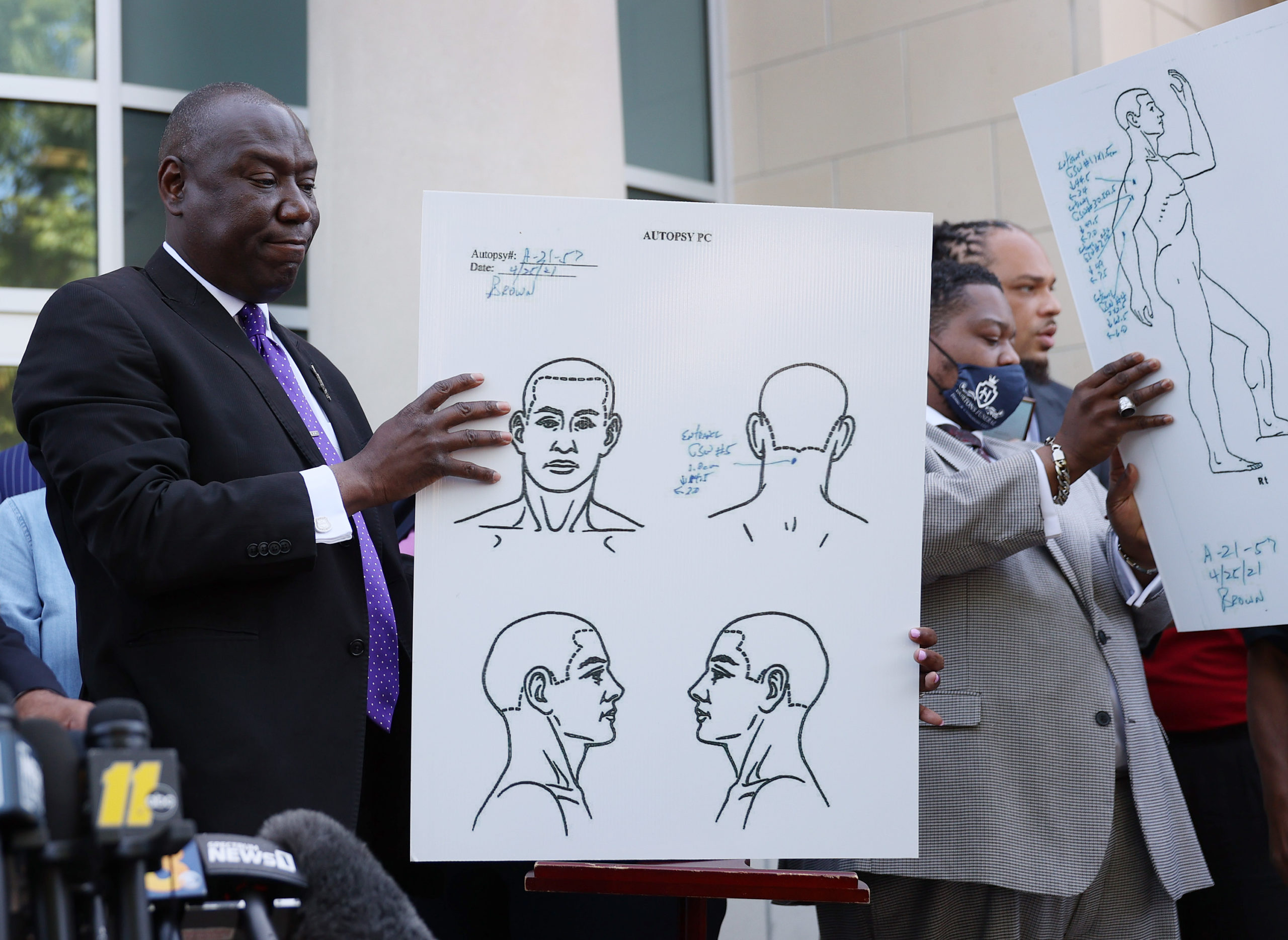 Benjamin Crump (L), one of the lawyers representing the family of Andrew Brown Jr., holds an autopsy chart that his team conducted showing where Mr. Brown was shot on April 27, 2021 in Elizabeth City, North Carolina. Mr. Crump and family members spoke to the media about the 20 seconds of police body camera footage they were shown and an autopsy they performed after the shooting death of Andrew Brown Jr. on April 21 by Pasquotank County Sheriff deputies. (Photo by Joe Raedle/Getty Images)

The Daily Caller later found that the pathologist who performed the autopsy had his license temporarily suspended in 2018 and resigned from a county position in 2013 when he was accused of mishandling information from two autopsies.

Attorney Wayne Kendall said the four shots that his Brown’s arm were non-fatal and the shot that hit Brown’s head was fatal. Ben Crump, the attorney for George Floyd’s family that secured their $27 million settlement with the city of Minneapolis for his death, said at a Tuesday press conference that Brown was hit with “a kill shot to the back of the head,” according to Fox News.

Brown’s family and attorneys said that on Monday they were shown 20 seconds of body-camera footage of the shooting. The footage has not been released to the public.

Protesters showed up to the home of Pasquotank County Attorney R. Michael Cox after an attorney for Brown’s family, Bakari Sellers, blamed Cox for only showing the family 20 seconds of body camera footage. Sellers also claimed that Cox had tried to block attorneys from going with Brown’s family to view the footage.

Protests have been ongoing in Elizabeth City, North Carolina, since Brown was shot by sheriff’s deputies on April 21. A state of emergency was declared in the city after the shooting and schools will be closed through at least Friday.

Editors note: This article has been updated with reporting on the attorney’s professional history.