Democratic West Virginia Sen. Joe Manchin defended the filibuster in an interview released Tuesday by Vox because he views it as fundamental to principles of democracy and republicanism.

The senator has continually reaffirmed in op-eds and interviews that he would stand against any attempt to eliminate or weaken the senate filibuster as calls within his party have intermittently grown louder in recent months.

Vox identifies the senate filibuster as the biggest obstacle to Democratic hopes of passing HR-1, also known as “For the People Act,” which aims to overhaul voting rights across the nation.

“I truly believe in my heart of hearts, if we get rid of the filibuster, we would lose the purpose of this democracy, of this republic, which is for the people,” he said. “Not on my watch is that gonna happen.” (RELATED: Manchin Vows Not To ‘Eliminate Or Weaken’ Filibuster)

Vox challenged Manchin about his commitment to the position he expressed in an op-ed published in The Washington Post earlier in April, in which he wrote, “There is no circumstance in which I will vote to eliminate or weaken the filibuster.”

“The op-ed was as clear as it could be … If you want to argue about it for two years, then you’re going to waste a lot of your energy and your time,” Manchin responded in the Vox interview.

Manchin believes ditching the filibuster to help bring HR-1 into law is a move that would lead to more public distrust of the system and “anarchy” like what happened at the Capitol on Jan. 6. “I just believe with all my heart and soul that’s what would happen, and I’m not going to be part of it.”

NEW: I profiled Joe Manchin. I cover his 4-decade career, and his improbable rise to become Democrats’ key 50th senator.

I interviewed him about the filibuster, HR1, the minimum wage, whether he’d ever switch parties, and more. Some highlights: https://t.co/qVO4a7ONjP

Manchin is a critical vote in the battle over HR-1, which is for the most part supported and opposed across party lines. The Democrats have exactly 50 Senate seats, so that, with Vice President Kamala Harris’s tie-breaking vote, allows Democrats to break any tie in their favor. However, the filibuster prevents the forced end of debate or “cloture,” and bringing a matter or bill to a vote, unless 60 votes can be mustered. 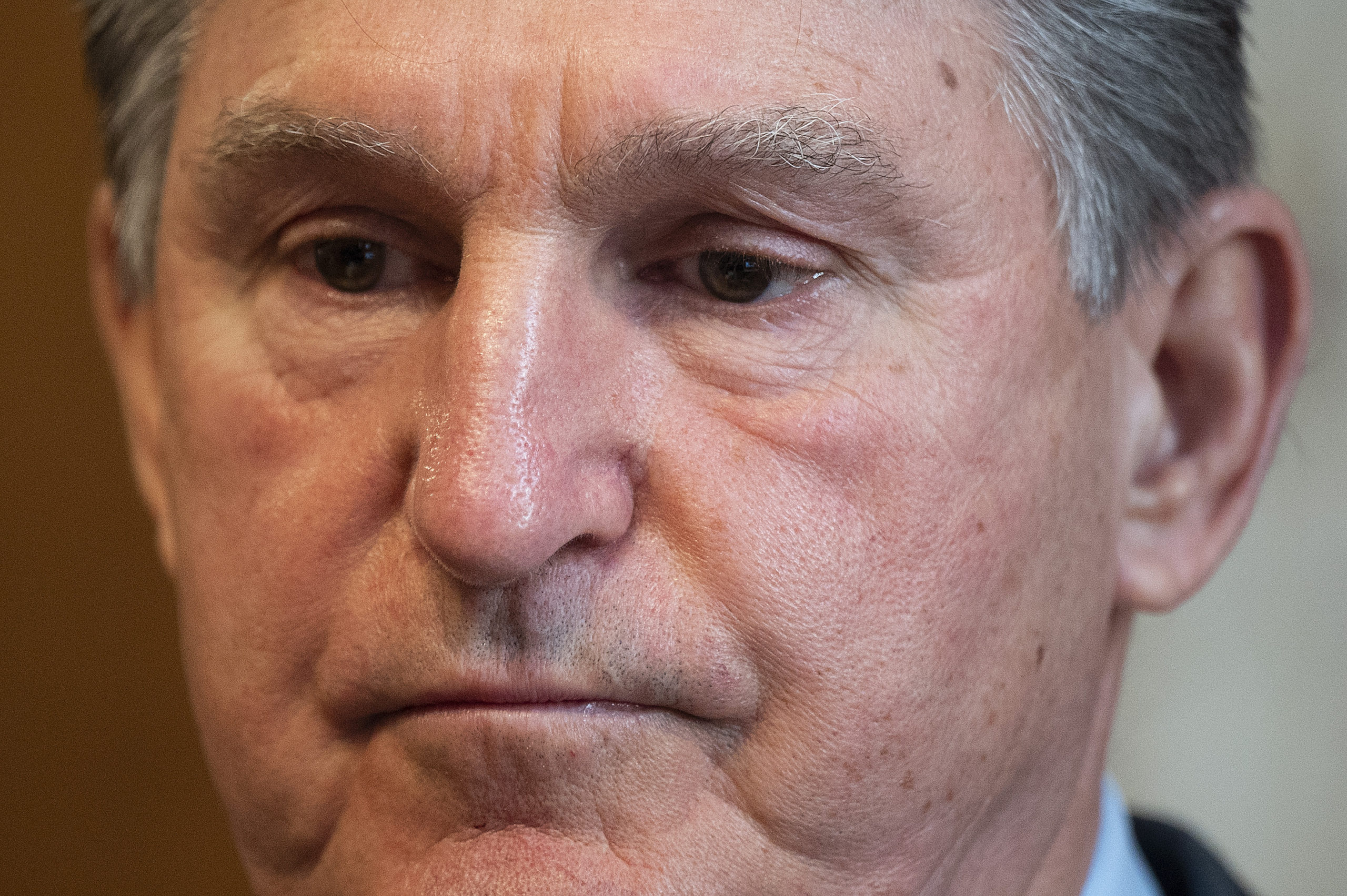 WASHINGTON, DC – FEBRUARY 23: Chairman Joe Manchin, (D-WV), looks on as Congresswoman Deb Haaland, D-NM, speaks during the Senate Committee on Energy and Natural Resources hearing on her nomination to be Interior Secretary on Capitol Hill (Photo by Jim Watson-Pool/Getty Images)

Some have speculated that Manchin could eventually switch parties, though he denied to Vox that he has ever considered it.

Manchin represents a state that voted overwhelmingly for Donald Trump in the 2020 presidential election, as the Vox profile notes. To illustrate Manchin’s conservative leanings, Vox cites the battle for a $15 minimum wage. Manchin believes that there is Republican support in the Senate for a rise but to a lower proposed amount, and that the Democrats are mistaken in not taking the compromise.

“You want to continue to send checks and give everything away continuously, that’s not who I am. Not the way I was raised,” Manchin told Vox. “I’m just the product of my environment. I’m sorry if you don’t like it. It’s who I am.”