Former President Donald Trump is considering plans to resume his Make America Great Again rallies, according to a Wednesday report from CNN.

Trump aides told CNN that the former president could resume rallies as soon as May, the outlet reported. The logistics of the rallies have not been finalized, aides said, but they will probably use many of the same vendors that were used during Trump’s 2020 events. (RELATED: Trump Confirms He Will Deliver A Speech To Supporters In Washington, DC On Wednesday)

“It will definitely be different in terms of the setup, but we got really good at planning these events in 2020, so we will probably use a lot of those same vendors again,” a person close to Trump told CNN. 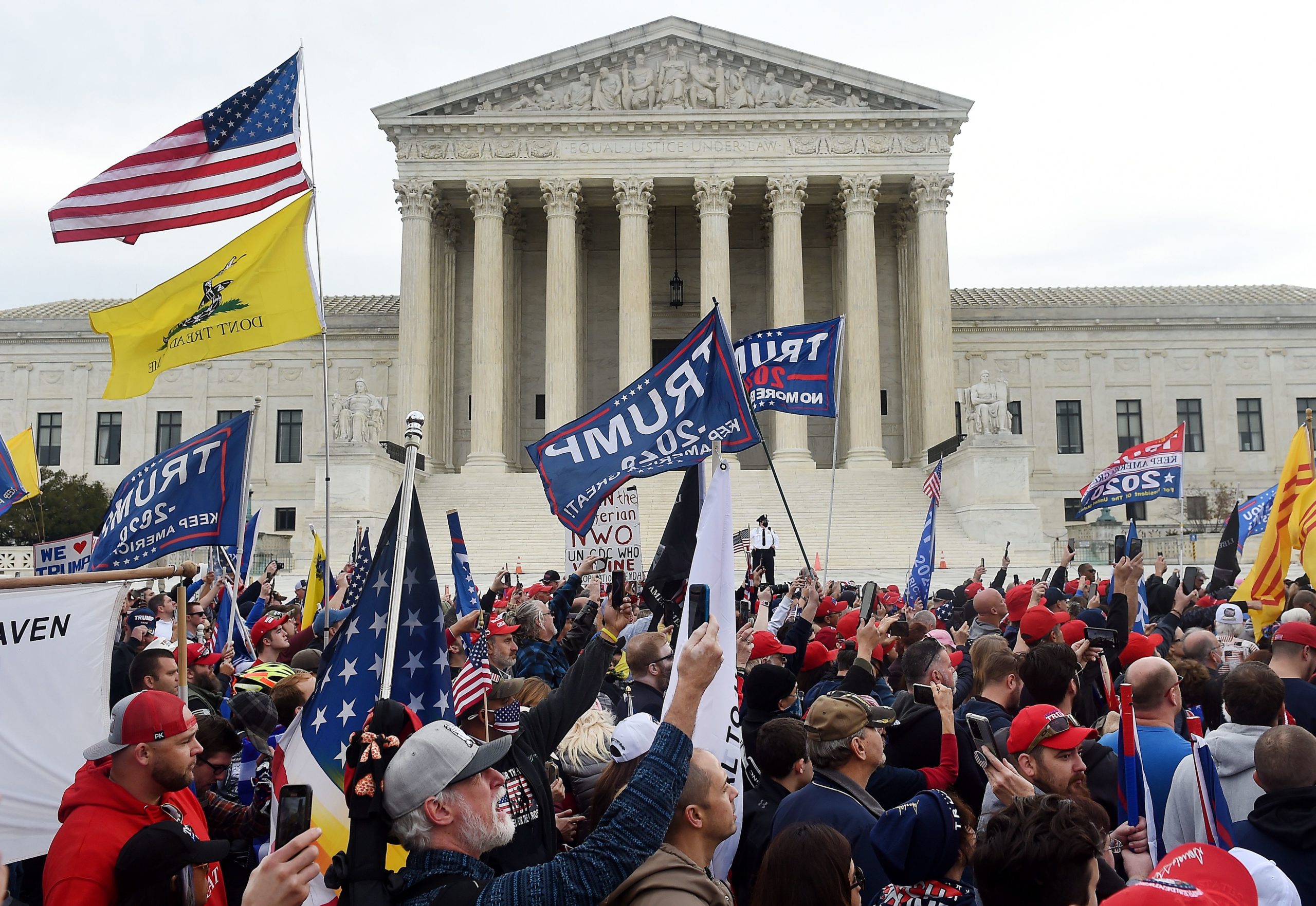 Supporters of US President Donald Trump participate in the Million MAGA March to protest the outcome of the 2020 presidential election, in front of the US Supreme Court on December 12, 2020 in Washington, DC. (Photo by Olivier DOULIERY / AFP) (Photo by OLIVIER DOULIERY/AFP via Getty Images)

The former president has also said that he plans to travel to Alaska to campaign against Republican Alaska Sen. Lisa Murkowski, one of the seven GOP senators who voted to impeach Trump during the second trial following the Jan. 6 riot at the Capitol building.

Trump held many rallies leading up to the 2020 election, but they stopped after Joe Biden became president. He said that he is “seriously” considering a run for president in 2024.

“So I say this, I am looking at it very seriously, beyond seriously,” Trump told Fox News host Sean Hannity when asked about a potential 2024 run during an April interview. “From a legal standpoint, I don’t want to really talk about it yet, it’s a little too soon.”