The surveillance court appointed McCord, who served as assistant attorney general for national security through May 2017, to be an amicus curiae on April 15.

McCord, who currently works at Georgetown University, helped oversee Crossfire Hurricane, the FBI’s investigation of the Trump campaign’s possible ties to Russia. She also took part in the process of reviewing an application the FBI submitted for Foreign Intelligence Surveillance Act (FISA) warrants against Page, a former Naval officer who joined the Trump team in March 2016.

McCord is named 25 times in a Justice Department inspector general (IG) report that details a series of missteps by government officials during the Crossfire Hurricane probe.

While McCord is not criticized in the IG report, she did review and ultimately approve the flawed FISA applications against Page.

The IG report identified 17 “significant” errors and omissions in the FBI’s applications for warrants to surveil Page.

Most of the errors were committed by FBI agents and officials and involved with the bureau’s handling of information from former British spy Christopher Steele.

The FBI relied heavily on Steele’s information to make the case that Page was working covertly with Russia to help the Trump campaign. Steele alleged in a dossier that the Trump campaign was involved in a “well-developed conspiracy of cooperation” with the Kremlin to influence the 2016 election. (RELATED: Ex-DOJ Official Picked To Oversee FISA Reform Was Ardent Defender Of FBI’s Surveillance Of Carter Page)

Steele also claimed that Page played a key role in the Trump-Kremlin connection.

Several of Steele’s claims have since been debunked. Special Counsel Robert Mueller and multiple congressional committees have determined that there was no evidence that the Trump campaign conspired with Russia to meddle in the election. 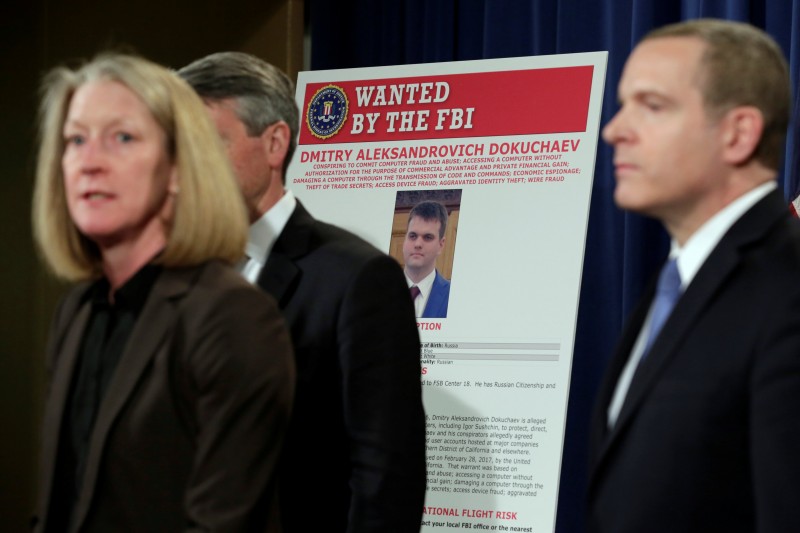 The FISC also reprimanded the FBI for making misleading statements in its applications to spy on Page. The Justice Department invalidated two of the four warrants granted to the bureau.

FBI investigators failed to disclose contradictions in the Steele dossier, as well as exculpatory statements that Page and another Trump aide, George Papadopoulos, made during conversations with a covert FBI source.

McCord told the IG that Justice Department officials thought that surveilling Page would help the FBI investigation. She also appeared to acknowledge that the surveillance might one day be criticized.

“She said the collective thinking was that filing the application was a legitimate investigative step even though it may later be criticized unfairly,” reads the IG report, which was released on Dec. 9, 2019.

McCord told the IG she spoke with Andrew McCabe, who served as deputy director of the FBI, regarding the dossier and its use in the FISA applications. She said she advised McCabe that the FISA application should include more information about who hired Steele.

The FISA applications do not disclose the full details of who funded Steele’s work. Steele was ultimately paid by the Clinton campaign and DNC, which hired opposition research firm Fusion GPS through their law firm, Perkins Coie.

McCord told the IG that she played a limited role in overseeing the FBI’s probe of the Trump campaign, which was dubbed Crossfire Hurricane. She said she did not attend any of the DOJ national security division’s weekly meetings about the probe held before the 2016 election.

She said she did attend meetings after the election regarding the FBI’s investigations of Michael Flynn and Paul Manafort, two Trump associates who were initial targets of Crossfire Hurricane. McCord received a comprehensive briefing about Crossfire Hurricane in January 2017, she told the IG.

Three officials who signed FISA applications against Page — former FBI Director James Comey and former Deputy Attorney Generals Sally Yates and Rod Rosenstein — testified last year that they would not have done so if they had known about revelations from the IG report.

McCord did not immediately respond to a request for comment.

Another amicus curiae for the FISC is David Kris, a former Justice Department official who had defended the FBI’s surveillance of Page prior to the release of the IG report.

In 2018, Kris asserted that House Republicans had “falsely accused the FBI of deceiving the FISA Court.” He also said that it “was not true” that the FBI had misled the court about the Steele dossier.