The authorities conducted the search in relation to an alleged investigation involving Giuliani’s potential unregistered lobbying for foreign governments, according to a report published by The New York Times, and seized a number of Giuliani’s personnel phones and other electronics. (RELATED: Giuliani Reportedly Discussed Receiving A Preemptive Pardon With Trump)

Giuliani served as former President Donald Trump’s personal attorney for years, an action he and a number of associates took in 2019 provided the initial push behind Trump’s first impeachment trial. 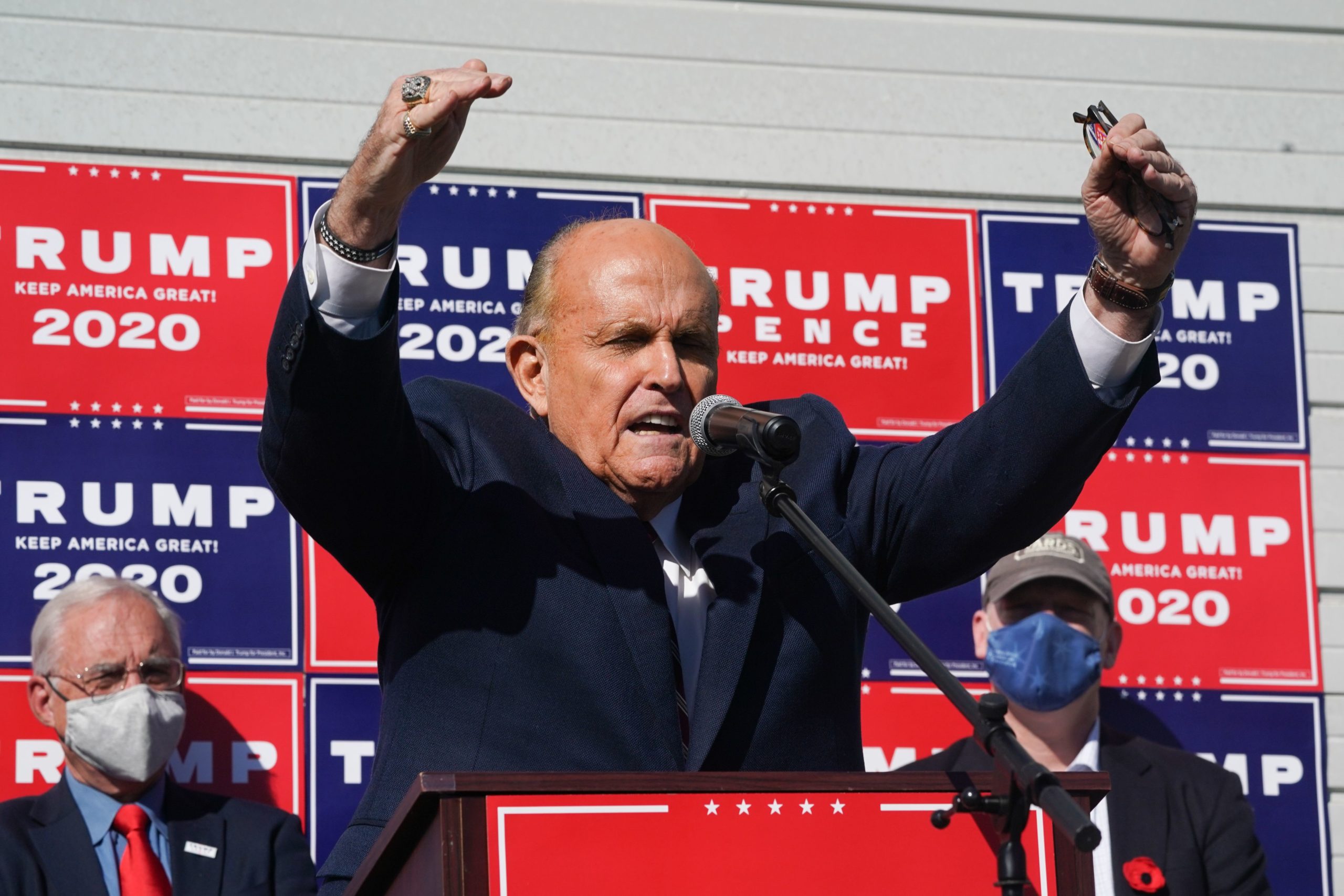 Attorney for the President, Rudy Giuliani, speaks at a news conference in the parking lot of a landscaping company on November 7, 2020 in Philadelphia. – Joe Biden has won the US presidency over Donald Trump, TV networks projected on November 7, 2020. CNN, NBC News and CBS News called the race in his favor, after projecting he had won the decisive state of Pennsylvania. (Photo by BRYAN R. SMITH/AFP via Getty Images)

Giuliani also ran the Trump campaign’s legal efforts to decertify the results of the 2020 general election, during which he reportedly had discussed with Trump receiving a preemptive pardon as payment for his services after the election.

Giuliani denied the pardon claim back in December.

The Times’ Wednesday report claimed that investigators in the United States Attorney’s office in Manhattan sought a warrant for Giuliani’s apartment for months, and were finally granted one following Attorney General Merrick Garland’s confirmation in March.

The Justice Department did not return Daily Caller’s inquiries on the subject by press time.