The leaders slammed policies pushed by President Joe Biden’s administration including his proposed tax increases, push for a $15 minimum wage, continued unemployment benefits and pro-union actions during a media call on Wednesday. The small business advocates from the Job Creators Network (JCN), the Committee to Unleash Prosperity and the Coalition of Franchisee Associations (CFA), agreed that the White House has declared war on U.S. small businesses.

“The first 100 days is Biden and the Democrats’ declaration of war on small business,” Alfredo Ortiz, president of the JCN, said during the media briefing. “We have to remember that small businesses create two-thirds of job growth and when they go away, so do the jobs.” (RELATED: Jen Psaki: Biden Is Helping Small Business By Appointing A Woman To Lead The Small Business Administration) 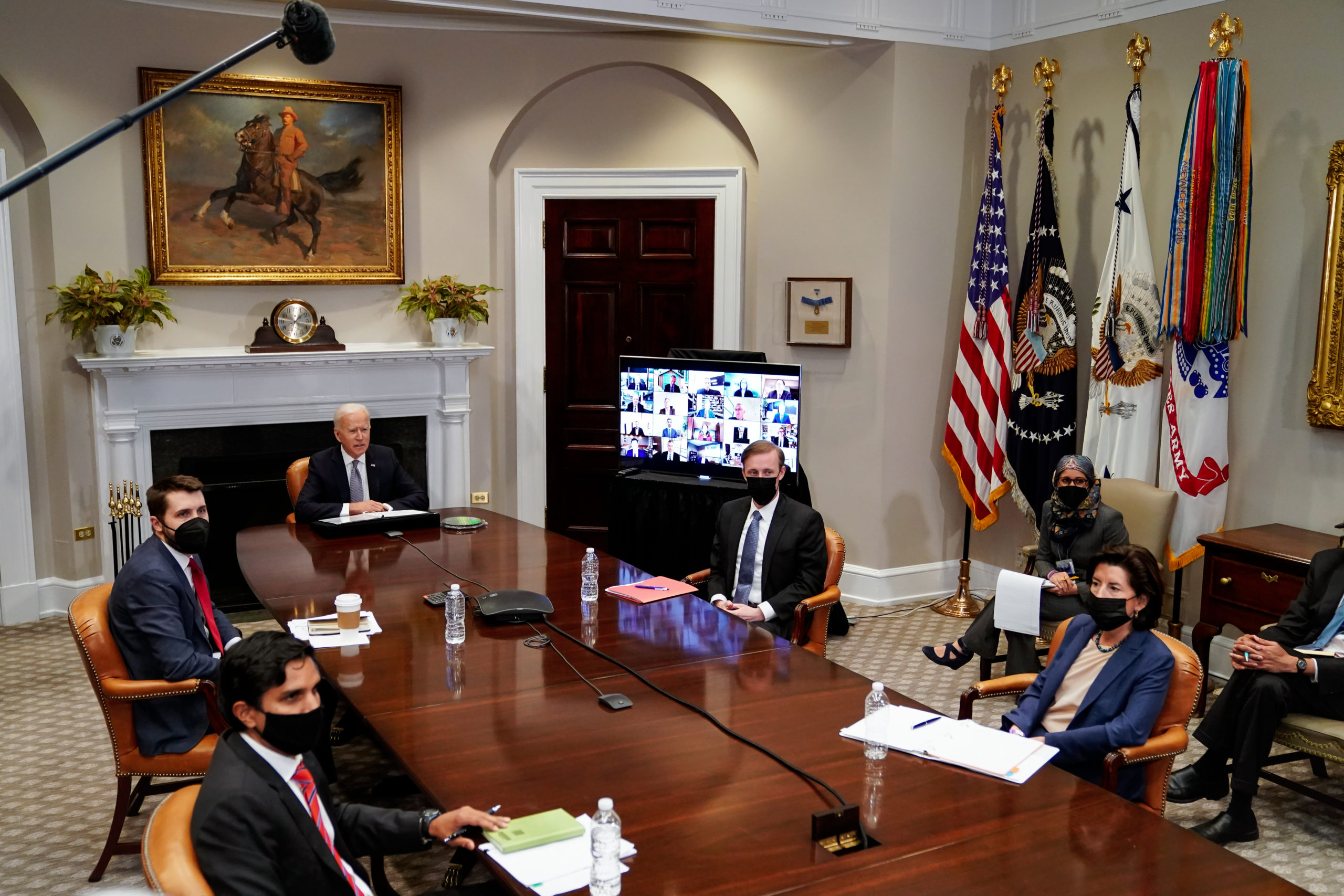 President Joe Biden speaks with economic advisers during a CEO Summit on April 12 at the White House. (Amr Alfiky/Pool/Getty Images)

Biden has reportedly considered phasing out pass-through entity deductions as another way of funding his $2 trillion infrastructure plan, according to the National Law Review. Many small businesses are taxed as pass-through entities, or individuals, but they are given a deduction that effectively reduces their tax rate from 37%, the highest bracket, to 29.6%, according to the Internal Revenue Service.

“[The federal government] is reducing the ability of small businesses to reopen their doors after this terrible year and pandemic,” Steve Moore, an economist and co-founder of the Committee to Unleash Prosperity, said. “The massive increase in unemployment benefits and other government benefits are paying people substantially more money for not working than working.”

Biden’s $1.9 trillion coronavirus relief package, which he signed into law in March, provided a $300 weekly enhancement for unemployed Americans. The unemployment insurance boost isn’t set to expire until September. 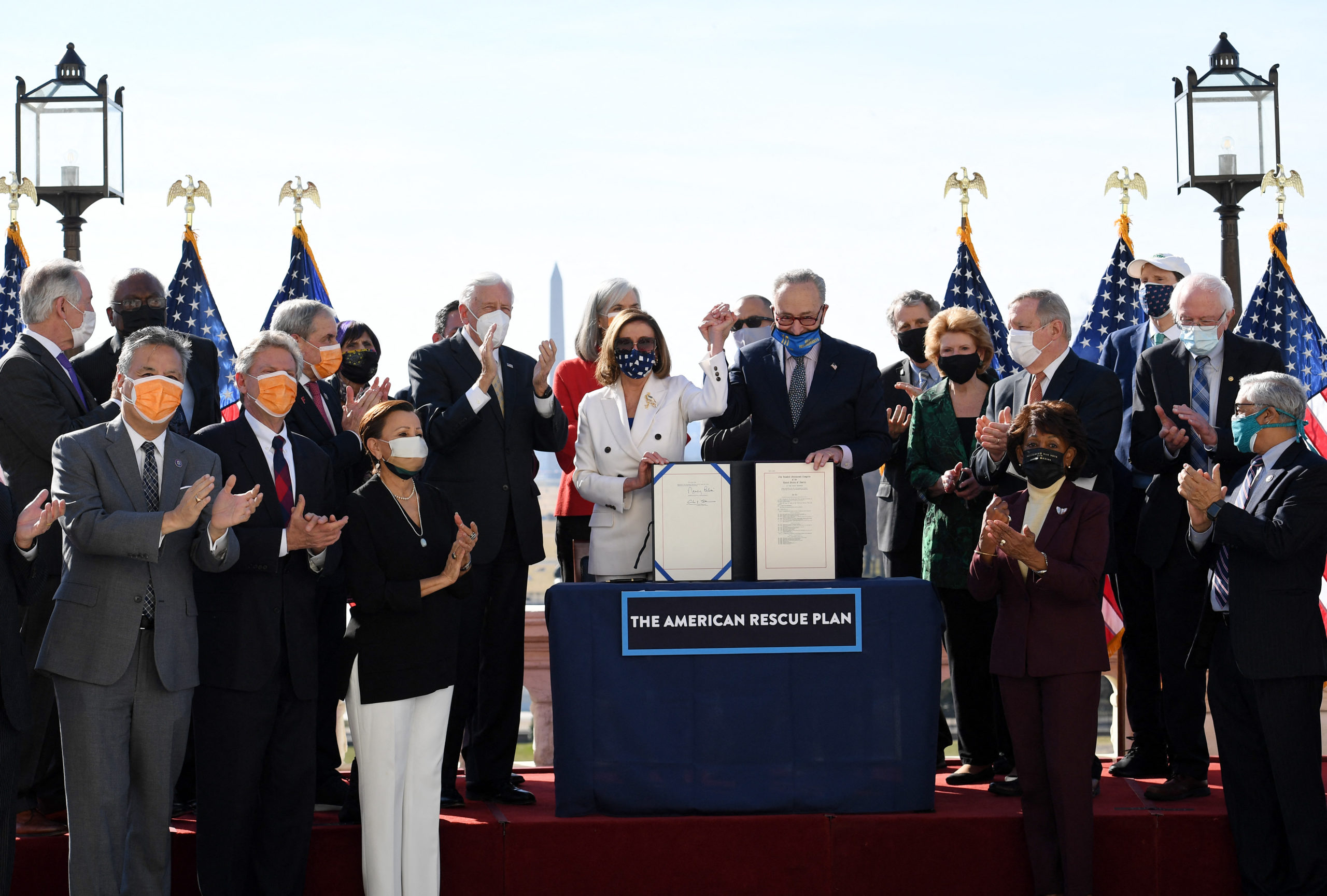 “We hear from employers all the time, every day, that they cannot get their workers back on the job because of the enormous amount of money that is being paid to people to stay unemployed,” Moore said.

More than half of workers who were employed before the pandemic, but are now unemployed, are making more money from the government than they were from their employer, according to Moore. He blamed the combination of increased unemployment benefits, food stamps, Medicaid and additional tax credits.

John Motta, the chairman of the CFA and owner of 32 Dunkin’ Donuts stores in Virginia and New Hampshire, said the depletion of the labor force is the “pandemic of 2021.” He said the struggle to find workers is a “huge crisis.” (RELATED: White House Wedges Pro-Union Provisions Into Infrastructure Plan)

Motta added that a $15 minimum wage and pro-union policies in the Protecting the Right to Organize Act, which Biden endorsed, would further harm small businesses.

“It’s unfortunate that the lawmakers in D.C. that make all the laws that have a tremendous effect on small businesses and businesses are people that really never owned a business,” he added.