A giant alligator and cow caused separate traffic jams in Houston Wednesday, according to The Associated Press.

The cow walked along Interstate 10 around 8 a.m., halting rush hour traffic, according to The AP.

Only in Texas: @HCSOTexas Livestock Unit is en route to East Fwy/E & Sam Houston Pkwy N in reference to a loose cow on the East Fwy main lanes. A pedestrian is currently trying to rope the cow. There has been one crash possibly related. No injury to cow. #HouNews #HouTraffic pic.twitter.com/iVkaKN1Nub

The livestock unit of the sheriff’s office was able to capture the cow and take it to a nearby cemetery where its owners picked it up. The cow had escaped from a farm nearby, The AP reported. 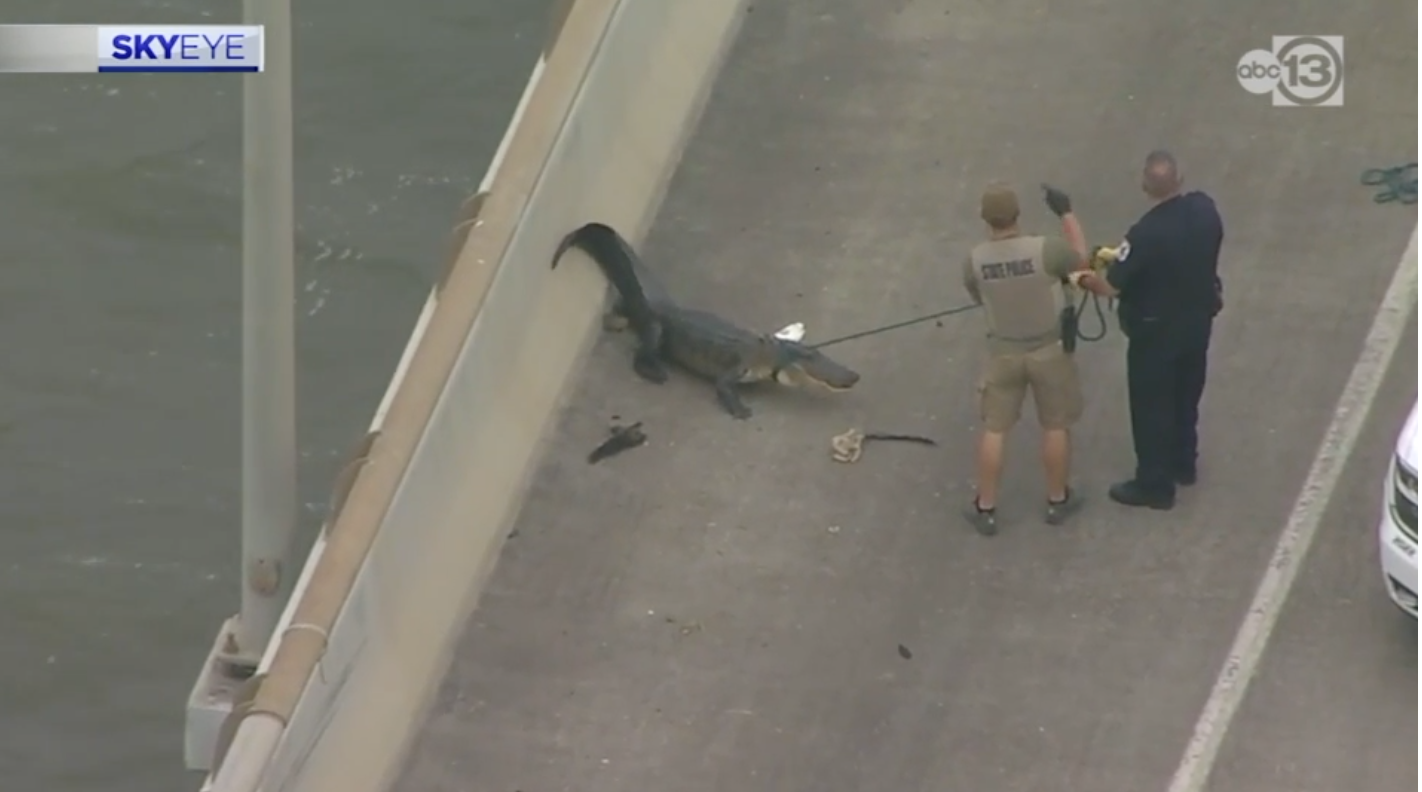 Deputies wrangle an alligator lounging on the highway (Screenshot/ABC)

Later in the morning Wednesday, a 8-foot-long alligator blocked traffic on Highway 146 where it lounged along the northbound lanes. The alligator was located only 15 miles away from where the cow had previously blocked traffic, according to the The Kansas City Star. Harris County deputies, Baytown police, and animal control officers arrived on the scene, according to ABC. (RELATED: Florida Police Rescue 6-Foot Alligator From Storm Drain)

As the officers tried to wrangle the gator, it backed away and thrashed around violently. It took five deputies to control it and load it in a pickup truck, according to ABC.

The gator was released into a small tributary beneath the Fred Hartman Bridge where it had blocked traffic, ABC reported.