The left had a lot of fun this week mocking a false claim in some conservative circles that President Joe Biden was planning on limiting hamburger consumption. There are a few lessons in all of this. The first is obvious and has been driven home in the corporate media: Conservatives need to be more careful on the facts. By taking liberties on the potential costs of Biden’s climate goals, conservatives walked into a hailstorm of criticism that could easily have been avoided.

The second and more important lesson is that the hamburger misinformation pales in comparison to the corporate media’s misinformation on Biden’s climate targets. Biden has proposed cutting U.S. emissions by 50% below 2005 levels by 2030. This is double the hugely ambitious target set by former President Barack Obama in 2015.

Meeting Biden’s emissions targets would require major lifestyle changes that Americans may not want to make. But the media has done a great job of obscuring this fact, so people aren’t aware of the radical sacrifices that could be demanded of them. Talk about misinformation. Hiding the impact of Biden’s climate goals on the American people is misinformation of the highest order.

The hamburger claim is not true. Biden has not proposed banning or limiting hamburger consumption. The claim originated in a Daily Mail article titled “How Biden’s climate plan could limit you to eat just one burger a MONTH, cost $3.5K a year per person in taxes, force you to spend $55K on an electric car and ‘crush’ American jobs.” The Daily Mail piece wasn’t just accurate; it stands out for telling a true story that the rest of the media wants to bury. Hitting Biden’s climate target may be painful for a lot of people, and the Mail piece went through a range of the types of policies that would be needed to hit Biden’s target. The problems started when Fox News and a series of Republican politicians took the hypotheticals set forth by the Daily Mail and treated them as if they were actual Biden policy proposals. They’re not.

Pretending we can meet Biden’s targets without drastic changes is the key to selling his program. The president has a great ally in the corporate media. They have allowed Biden to pretend a host of social programs are actually infrastructure investments in order to increase their popularity. Infrastructure spending is popular. It polls well. Biden is smart to shoehorn as much of his agenda as he can under the infrastructure label. (RELATED: Climate Experts Say Biden’s Infrastructure Plan Filled With ‘Wasteful Spending’ On Green Agenda) 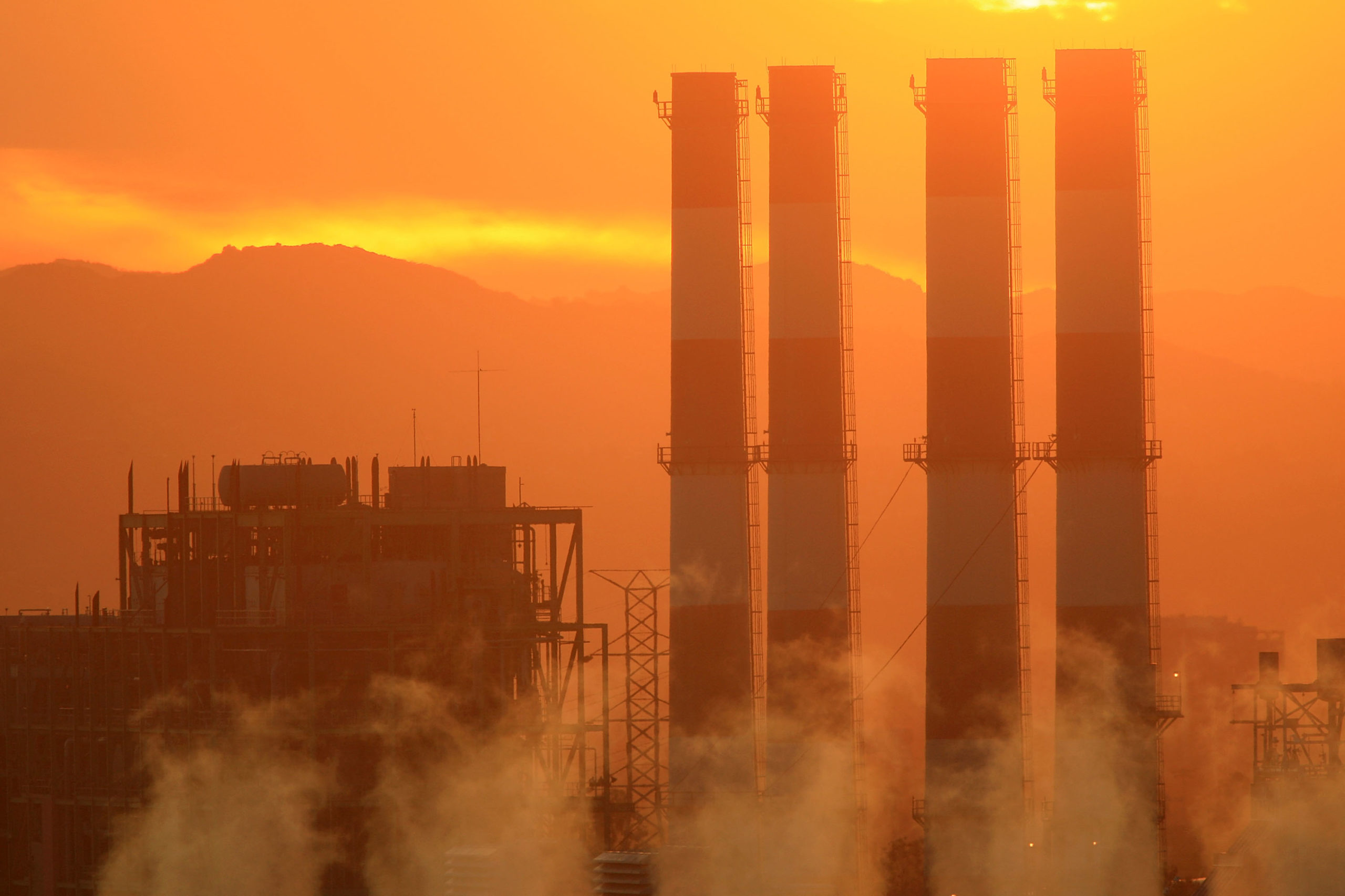 The media, however, is supposed to call out that sort of thing. Infrastructure investments differ from government social spending. Roads, bridges and shipping lanes pay dividends in the form of increased economic productivity. We should debate the merits of income redistribution, but pretending it’s an investment in our nation’s infrastructure is a charade the press has been more than happy to promote. Now they are pulling a similar charade on climate.

Absent similar hard commitments from India, China and other developing countries, which we don’t have, Biden’s emissions targets are likely to cause pain for Americans without improving our climate situation. U.S. and European emissions are already falling. Our reduction is more than made up for by increases in emissions from China and India. Without comparable commitments from these countries, Biden’s climate target would harm America’s working class and ship American jobs overseas for no benefit besides making wealthier Americans feel better about themselves. Look at the polarization in America today. The course Biden wants to embark on is just going to increase the divisions we already face. (RELATED: China Systematically Under-Reports Pollution Levels, New Study Finds)

The media isn’t reporting on much of this. The Washington Post did a piece on the hamburger controversy: “Fresh off election falsehoods, Republicans serve up a whopper about Biden.” The piece included a lot of Democrats making fun of the notion that Biden would limit red meat. Unsurprisingly, there was no mention of the draconian policy shifts we would need to actually meet Biden’s target and no analysis of the folly of Biden’s targets in the absence of commitments from India and China. You’ll find similar treatment everywhere from USA Today to NBC to Politico and even Scientific American. 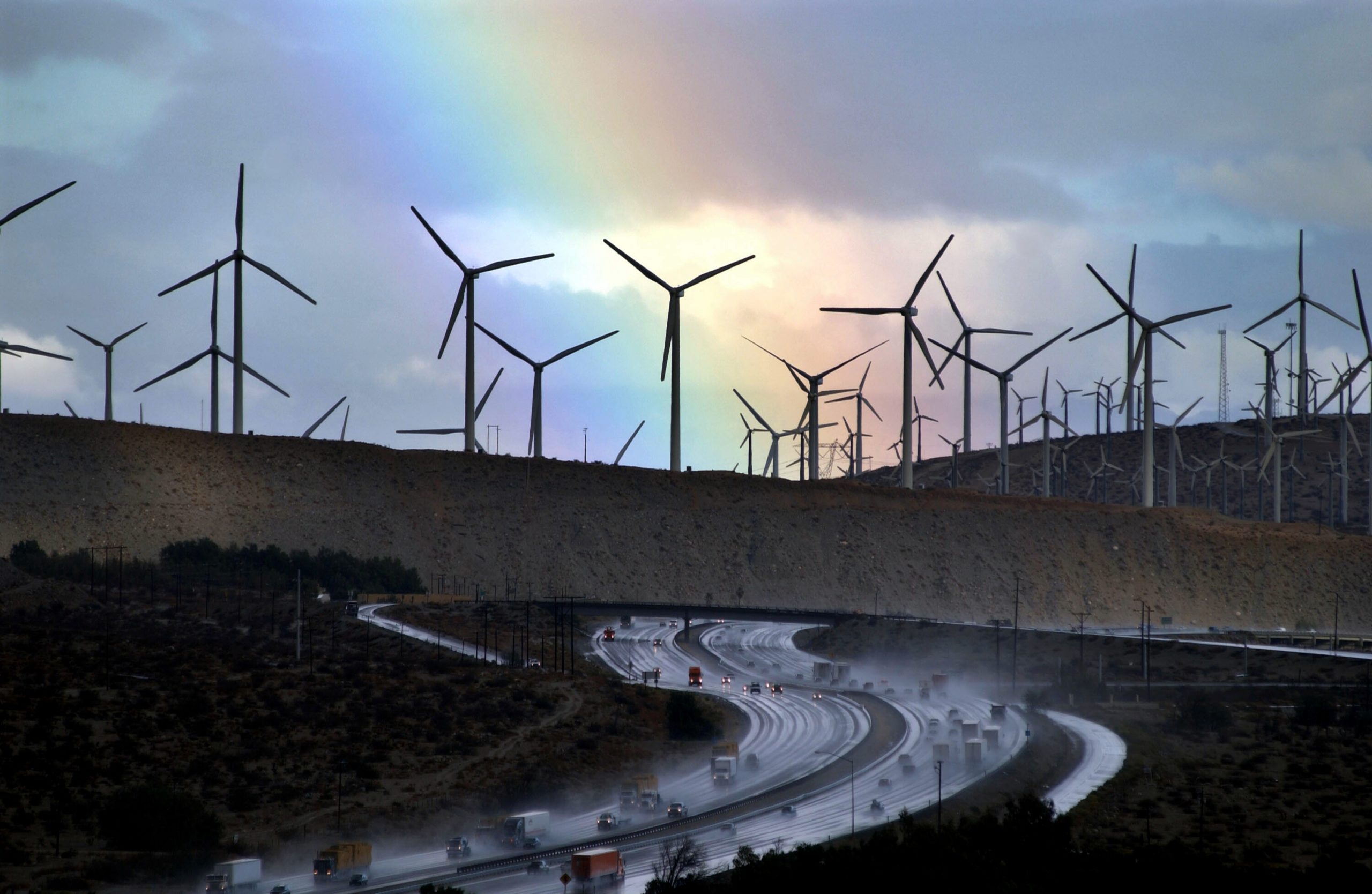 PALM SPRINGS, CA – DECEMBER 17: A rainbow forms behind giant windmills near rain-soaked Interstate 10 as an El Nino-influenced storm passes over the state on December 17, 2002 near Palm Springs, California.(Photo by David McNew/Getty Images)

Biden has not yet outlined how he would meet his radical 50% emissions target. He’s too smart for that. Many policy groups have, however, looked into the options. The options on the table include eliminating gas-powered cars. Americans love cars. Replacing the whole fleet with more expensive electric alternatives may not be very popular. Other options include the complete elimination of coal power — literally shutting down the plants. The transition from coal to natural gas is responsible for much of the emissions reductions the U.S. has seen to date, but to meet the Biden target, natural gas would probably have to go as well. Nuclear is still controversial, and efforts to build new plants are usually pummeled by local political concerns. That would leave us with wind and solar. Those are really clean forms of energy, but we do not have the technology to rely on either one for all our needs because production from both goes up and down depending on the weather. Maybe we can overcome that, but not with today’s technology — and the president’s goal is only nine years away. All of this is worthy of debate, but it’s a debate we are not having, largely because the media is glossing over it. Hamburger misinformation is funny. The misinformation about climate change foisted on the American people isn’t funny at all.