Federal agents served warrants at Giuliani’s New York City apartment and office on Wednesday, seizing electronic devices, including phones. The warrants are part of an investigation into “one indication of an alleged incident of failure to register as a foreign agent,” Giuliani’s lawyer, Robert Costello, said in a statement. Giuliani denied criminal wrongdoing through his attorney.

The Foreign Agents Registration Act (FARA) was passed in 1938 due to concerns of Nazi activities in the United States. It “requires certain agents of foreign principals who are engaged in political activities … to make periodic public disclosure of their relationship with the foreign principal, as well as activities, receipts and disbursements in support of those activities,” according to the Justice Department.

FARA requires any individual who wants to engage in political activities for the benefit of a foreign country to register and provide reports of his or her activities to the attorney general. Some foreign-owned media companies, including China’s Global Times and People’s Daily, Russia’s RT, and Qatar’s AJ+ are required to register under FARA. (RELATED: Barbara Boxer Registers To Lobby For Chinese Firm Blacklisted Over Surveillance Of Uyghurs)

Special counsel Robert Mueller and his team gained convictions under FARA against former Trump campaign manager Paul Manafort and Rick Gates, both of whom pled guilty to failing to register as foreign agents, as well as conspiring to do so.

The Giuliani FARA allegation stems from his involvement in a private investigation into Hunter Biden’s involvement with Burisma Energies, a natural gas company. Giuliani alleged that as vice president, Joe Biden pressured Ukrainian President Petro Poroshenko to fire a prosecutor who was investigating Burisma. The prosecutor, Viktor Shokin, was previously accused of corruption.

Giuliani appeared with Andrii Derkach, a since-sanctioned Ukrainian lawmaker with ties to Russia, on One America News Network to promote Derkach’s claims that the Bidens were involved in criminal activity. Derkach released a series of tapes purporting to show Biden bribing Poroshenko with an American loan, but the tapes largely confirmed Biden’s characterizations of his foreign policy efforts, the Daily Caller News Foundation reported at the time.

The Trump administration sanctioned seven individuals and four media outlets with connections to Derkach in January 2021, alleging that they are part of a “Russia-linked disinformation network.” Giuliani met with two of the since-sanctioned Ukrainians, Andriy Telizhenko and Konstantin Kulyk, in 2019.

Giuliani also met multiple times with Yuri Lutsenko, The New Yorker reported, both in Ukraine and at the New York office on Park Avenue that federal agents searched on Wednesday.

Lutsenko told The New Yorker that Giuliani offered to set up a meeting between him and Attorney General William Barr that Giuliani hoped would lead to an investigation of Hunter Biden’s business dealings and Lutsenko hoped would lead to the recovery of $7 billion that Lutsenko alleged was laundered by the Franklin Templeton investment firm on behalf of former Ukrainian President Viktor Yanukovych. Yanukovych stole billions of dollars from the country when he fled following the 2014 Euromaidan revolution. 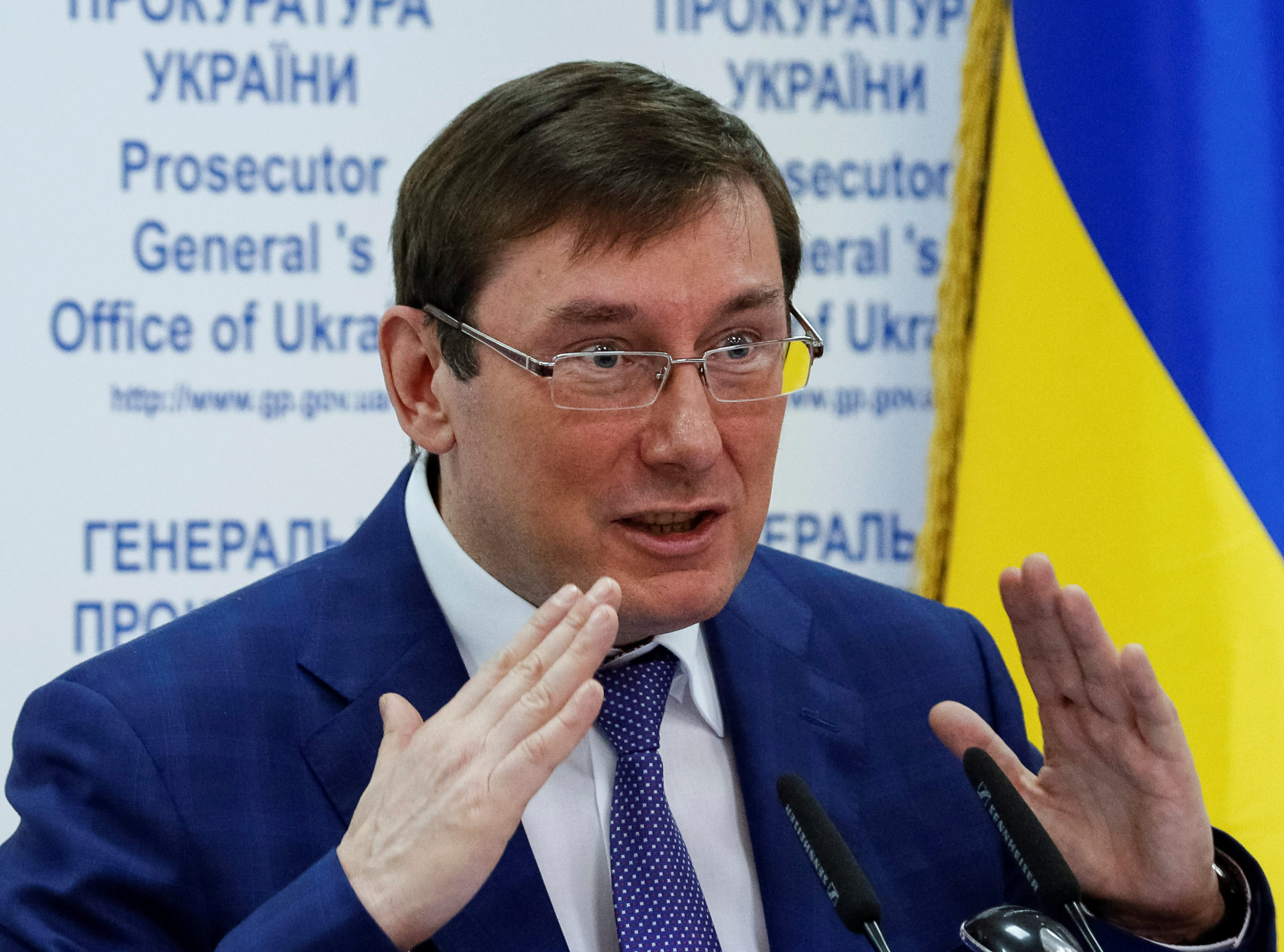 Giuliani told The New Yorker that he never reached out to Barr on behalf of Lutsenko.

A draft proposal obtained by The New York Times reportedly called for Lutsenko to pay Giuliani Partners $200,000 as a retainer to recover the laundered funds, although it was not signed. Another reported deal between Giuliani Partners and the Ukrainian Ministry of Justice and the Republic of Ukraine reportedly would have paid $300,000 to Giuliani. That contract was signed by Giuliani, but not Justice Minister Pavlo Petrenko, according to the Times.

Giuliani denied receiving any funds at the time. “I thought that would be too complicated,” he told The New York Times. “I never received a penny.”

The investigation into Giuliani is related to his attempt to have Ambassador to Ukraine Marie Yovanovitch removed from her position, the Times reported on April 29. Yovanovitch testified to Congress that she believed that Giuliani was responsible for her May 2019 recall back to the United States. Although Yovanovitch, a holdover from the Obama administration, was disliked by Trump and other American officials, Ukrainian officials such as Lutsenko wanted her removed as well after she reportedly accused the Prosecutor-General’s office of corruption.

If Giuliani acted at the behest of Ukraine officials to help remove Yovanovitch, he would have violated FARA.

Giuliani and others have claimed that the investigation into him is politically motivated. The investigation into Giuliani is “a clear example of a corrupt double standard. One for high-level democrats whose blatant crimes are ignored, such as Hilary Clinton, Hunter Biden, Joe Biden, and Republicans who are prominent supporters and defenders of President Trump who, are subjected to false charges and procedures used in the past, if at all, in cases involving terrorists and organized criminals,” Costello’s statement said.

Fox News’ Jesse Watters also claimed on The Five that the Giuliani investigation is politically motivated. “Democratic prosecutors want to lock up a 76-year-old icon for a lobbying technicality, Juan? Because he advised the president he should fire a rotten ambassador? You don’t have to register to lobby for that.”

Editor’s Note: This article has been updated to reflect that Al Jazeera is not registered under FARA and includes an additional report on the Giuliani case.