The largest U.S. teachers unions increased contributions to mainly Democratic politicians in 2020 amid a heated national debate over when to reopen schools during the pandemic.

The American Federation of Teachers (AFT) political action committee (PAC) donated $1.6 million to candidates while the National Education Association’s (NEA) PAC contributed $371,000 to candidates, according to Federal Election Commission data analyzed by Roll Call. The contributions represented a 3,456% increase for the AFT and a 38% increase for the NEA compared to the organizations’ 2019 donations given over the same period.

“We will continue our staunch support for candidates who help Americans thrive: by creating opportunity and equity through public education (from pre-K through college), voting rights and labor rights — the three great opportunity agents working people have to get ahead,” AFT President Randi Weingarten told Roll Call in a statement.

Weingarten explained that her organization donated so much in 2020 to make sure its allies in Congress could “establish a footprint” prior to the 2022 elections, according to Roll Call. (RELATED: We Asked Teachers Unions Nationwide Why They Oppose Reopening Schools. Here’s What They Said) 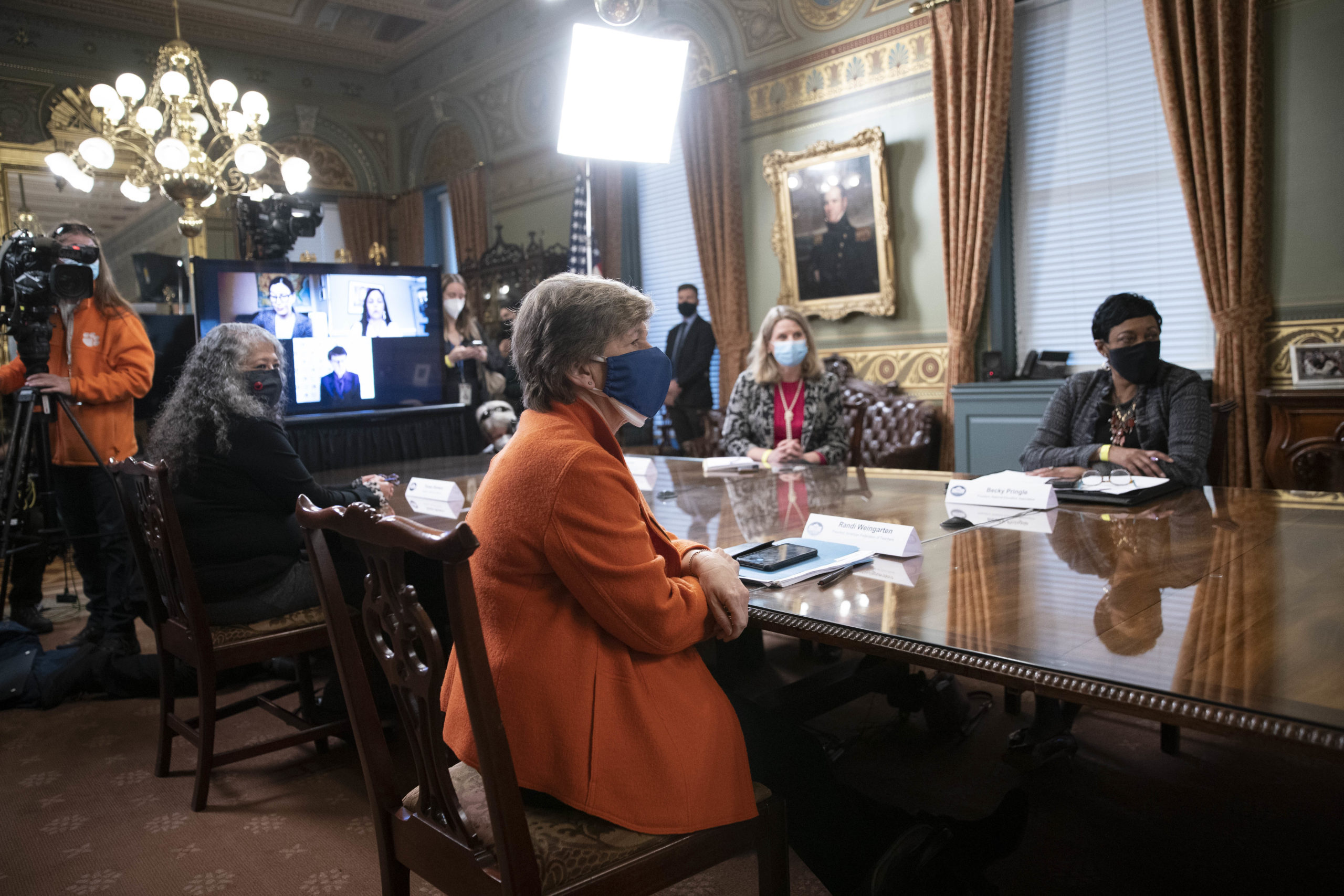 During the time period when the AFT and NEA increased political contributions, both unions were outspoken in opposing reopening schools. The groups argued that schools were unsafe because of potential coronavirus transmission and even threatened large-scale boycotts.

“We will fight on all fronts for the safety of our students and their educators,” Weingarten said last year, U.S. News reported. “But if authorities don’t protect the safety and health of those we represent and those we serve, as our executive council voted last week, nothing is off the table.” (RELATED: Unions Move The Goalposts On School Reopenings To The Detriment Of Children)

But, schools didn’t lead to coronavirus outbreaks as the unions had predicted and the Centers for Disease Control and Prevention released a January study that showed transmission is lower in schools than in the surrounding community. The AFT and NEA maintained their positions against ending school closures despite the evidence.

The AFT and NEA are the two largest teachers’ unions and among the largest labor unions in the U.S., according to Department of Labor filings. Nationwide, the unions have 1.7 million and 3 million members respectively.