The U.S. economy grew 6.4% in the first quarter of 2021, a marked improvement as states continued to reopen following the economic recession caused by the coronavirus pandemic.

The U.S. gross domestic product (GDP), which measures net services and goods produced by a country, jumped 6.4% in the first three months of 2021 compared to the 5% decrease in the first quarter of 2020, according to a Bureau of Economic Analysis (BEA) report released Thursday. Economists projected GDP to grow 6.5%, according to The Wall Street Journal.

“The U.S. economy is clearly in the nascent period of the recovery and headed for a robust expansion,” Joseph Brusuelas, chief economist at the consulting firm RSM, told the WSJ.

The economy has shown other signs of improvement in 2021, according to Department of Labor statistics. New jobless claims dipped to the lowest level since March 14, 2020 last week while the U.S. has added 1.3 million jobs since January. (RELATED: ‘Disastrous Impact’: Small Business Advocates Criticize Biden’s First 100 Days)

The Organization for Economic Cooperation and Development (OECD) and the International Monetary Fund (IMF) have both been bullish on U.S. economic growth projections for 2021. Both organizations said the combination of large economic stimulus packages and a successful U.S. vaccination campaign contributed to their positive outlooks.

The OECD projected that U.S. gross domestic product will surge 6.5% this year while the IMF expects 6.4% growth. 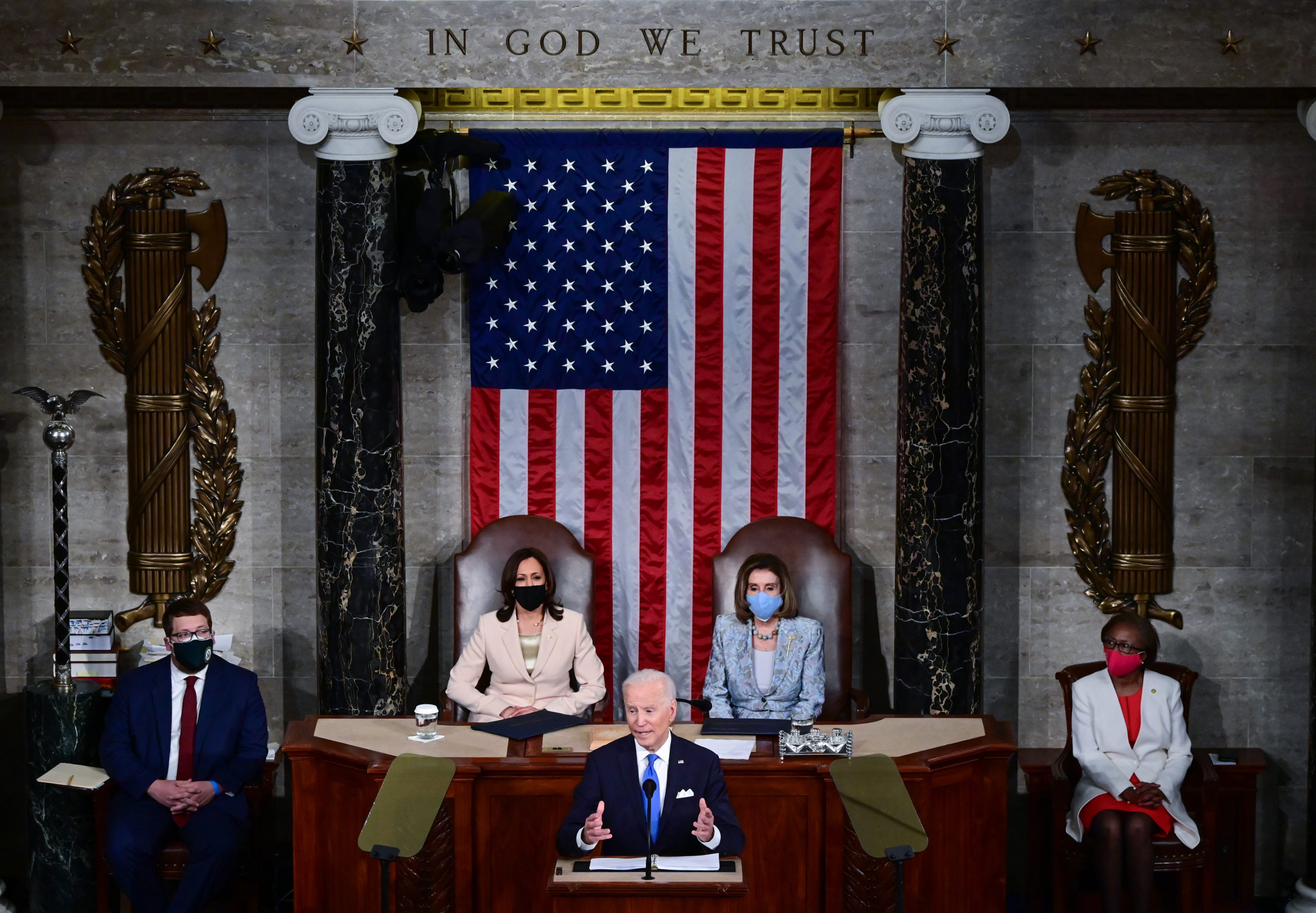 In 2020, U.S. GDP declined 3.5% amid the coronavirus pandemic, the worst economic performance since 1946 when the economy shrank 11.6%, according to BEA data. The post-World War II budget cuts made by former President Harry Truman’s administration were a catalyst for the GDP’s sharp decline, according to The Balance.

Meanwhile, President Joe Biden has unveiled a slew of economic reform packages since taking office — including the Americans Jobs Plan and the American Families Plan — which he said would create millions of additional jobs. He has also proposed plans to tackle climate change and create “good-paying union jobs” in clean energy fields.

“It’s time to grow the economy from the bottom up and middle-out,” Biden said during his speech to Congress Wednesday night. “A broad consensus of economists — left, right, center — agree that what I’m proposing will help create millions of jobs and generate historic economic growth.”

The Biden administration has previously overstated how many new jobs the president’s infrastructure plan would create by roughly 600%. Several business groups also criticized the $2 trillion plan, arguing it would create barriers to job creation and economic growth since it includes a corporate tax hike.

“The U.S. Chamber agrees with the Biden administration that there is a great need to invest in American infrastructure and that ‘inaction is simply not an option,’” U.S. Chamber of Commerce Executive Vice President and Chief Policy Officer Neil Bradley said in a statement April 7. “However, that doesn’t mean we should proceed with tax hikes that will hurt American businesses and cost American jobs.”