Some lawmakers are still willing to reach across the aisle despite the unprecedented level of partisanship that has gripped the country, a report released Monday shows.

The report, authored by the Lugar Center and Georgetown University’s McCourt School of Public Policy, ranks every lawmaker’s bipartisan index, a metric measuring how willing they are to work across party lines. Republicans ranked highest in both the House and Senate, with Maine Sen. Susan Collins and Pennsylvania Rep. Brian Fitzpatrick taking the respective titles.

“Although partisan combat between the parties and their leaderships reached a crescendo during the 116th Congress, individual members of Congress worked on legislation with their opposing party counterparts with surprising frequency,” Dan Diller, the Lugar Center’s policy director, said in an accompanying press release. “The Bipartisan Index scores show that despite the embittered partisan climate, members still sought out bipartisan partnerships in the run-up to the 2020 election ­– usually below the radar of the national news cycle.” 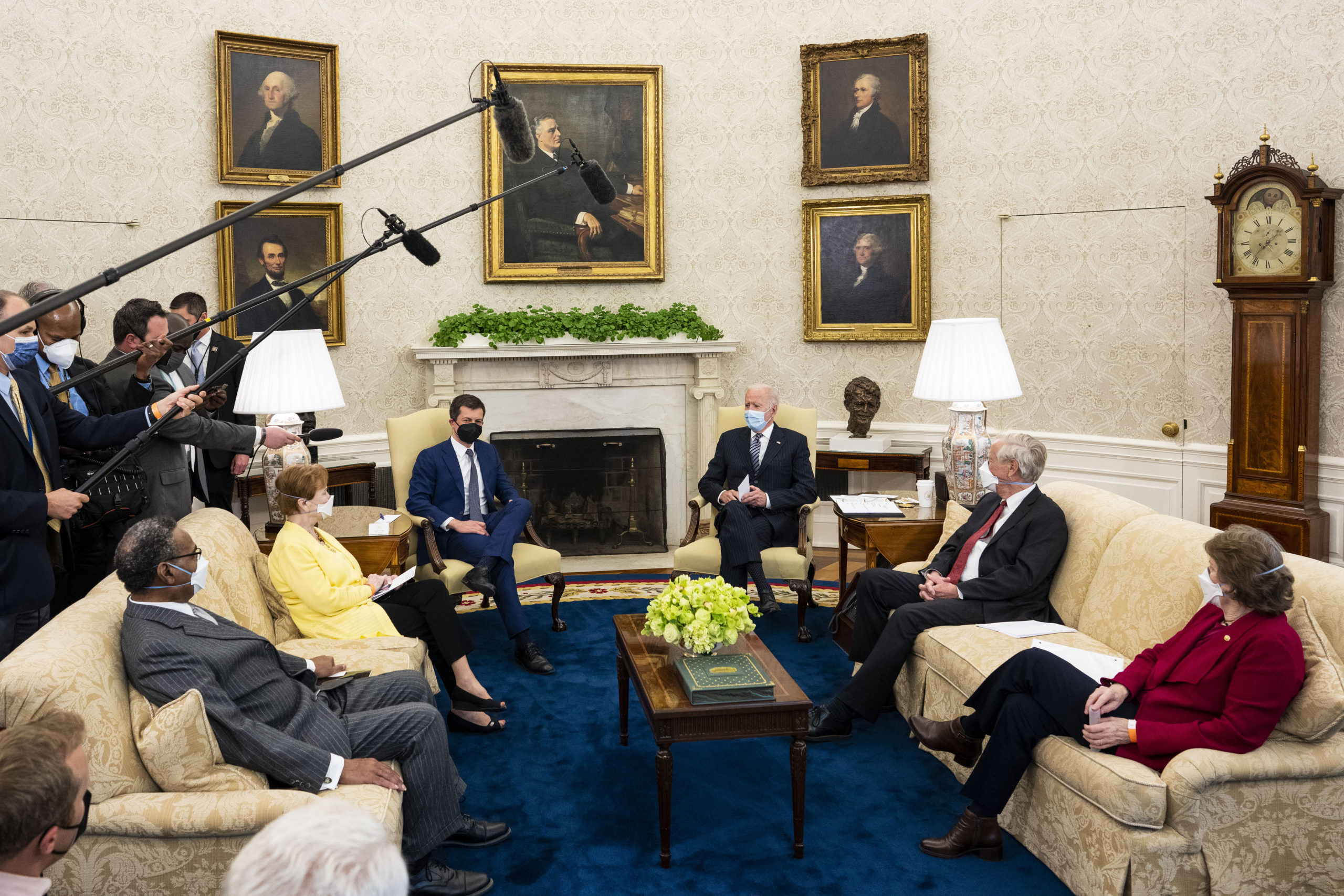 President Joe Biden speaks during a meeting with a bipartisan group of members of Congress to discuss investments in the American Jobs Plan. (Doug Mills-Pool/Getty Images)

Both Collins and Fitzpatrick recorded all-time high indexes, the release noted, with Collins keeping the top spot in the Senate for the eighth consecutive year. While Republicans averaged higher rankings in the Senate, Democrats averaged higher in the House. (RELATED: GOP Freshmen Congratulate Biden, Express Want For Bipartisanship)

New York Republican Rep. John Katko and New Jersey Democratic Rep. Josh Gottheimer, the co-chair of the Problem Solvers Caucus, came in second and third in the House, while Republican Sens. Lisa Murkowski of Alaska and Rob Portman of Ohio rounded out the top three in the Senate. Arizona Sen. Kyrsten Sinema and New Hampshire Sen. Maggie Hassan were the only Democratic senators in the top 10.

Coming in last in each chamber was Alabama Republican Rep. Gary Palmer and Vermont Sen. Bernie Sanders, an Independent who caucuses with Democrats.

Nebraska Republican Sen. Ben Sasse and Wyoming Republican Rep. Liz Cheney, two of the most prominent Trump critics in each chamber, ranked near the bottom in their respective chambers, landing at 93rd and 421st.