Fauci said he was “agnostic” about how to boost vaccine access in developing countries, adding that he opposed efforts to waive international trade rules on intellectual property. He also warned that forcing companies to waive their rights to vaccines could backfire by causing drawn out legal disputes, according to the Financial Times.

“Going back and forth, consuming time and lawyers in a legal argument about waivers — that is not the endgame,” he said. “People are dying around the world and we have to get vaccines into their arms in the fastest and most efficient way possible.” 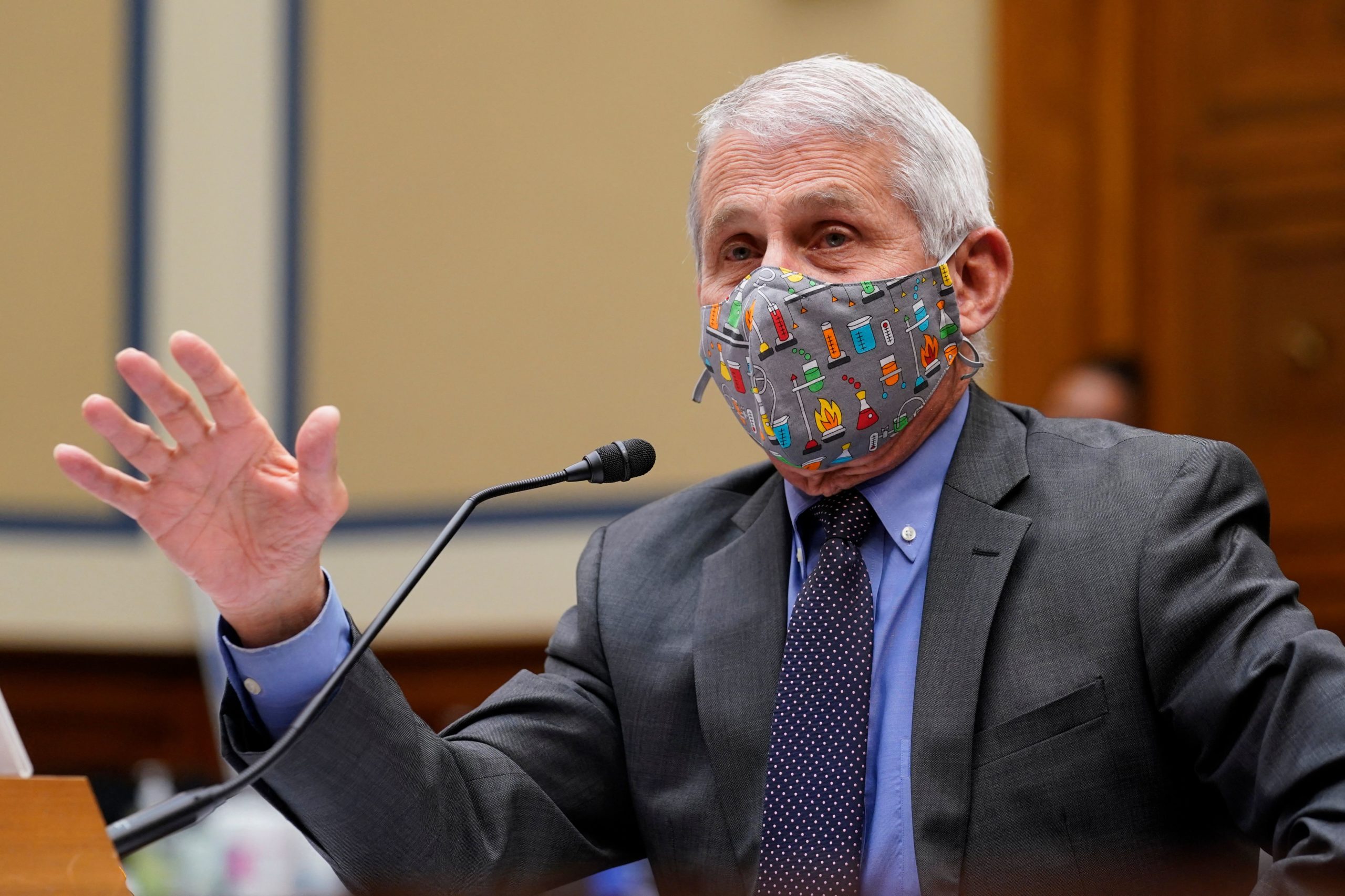 National Institute of Allergy and Infectious Diseases Director Anthony Fauci, testifies before a House Select Subcommittee hearing on “Reaching the Light at the End of the Tunnel: A Science-Driven Approach to Swiftly and Safely Ending the Pandemic,” on Capitol Hill in Washington, DC, April 15, 2021. (Photo by Susan Walsh / POOL / AFP) (Photo by SUSAN WALSH/POOL/AFP via Getty Images)

India and South Africa put forward a proposal at the World Trade Organization last October that would allow countries to temporarily waive patents for vaccines and other medical products. The proposal would help developing countries create duplicate vaccines without being sued by the original producers.

Although the Biden administration said last month it would consider waiving intellectual property rights, Fuaci told the Financial Times he was not wedded to the idea over concerns the move would instead slow down global vaccine access. (RELATED: Republicans Send Letter To Biden Administration, Saying No American IP Should Be Given Away For Free)

“If you take too long, people are going to die,” he said. “There are other ways to ramp up vaccine production around the world.”

India in particular is experiencing the world’s worst outbreak, with nearly 400,000 new cases reported daily. Biden announced April 26 that his administration will send medical supplies to India and ramp up aid distribution worldwide.

The WHO, along with governments and aid groups, are calling on vaccine producers to share their patent information in order to address rising infections and a low vaccine supply in developing countries, according to NPR.

That patent information belongs to major vaccine producers like Pfizer, Moderna and AstraZeneca. But the companies have so far defended their intellectual property rights, warning there are not enough resources to open up manufacturing, and waiving those rights would create legal complications under existing trade agreements, the Associated Press reported.

Companies are instead planning to ramp up production in Western countries, where their vaccines are approved, and then export them to developing countries. Pfizer is reportedly sending 10 million doses to Mexico, while the U.S. is planning to donate 60 million doses of the unapproved AstraZeneca vaccine worldwide.