A man was charged with setting a historic Catholic Church in California on fire in July 2020, causing extensive damage to the nearly 250-year-old building, numerous sources reported Tuesday.

John David Corey, 57, was charged with two felony counts of arson of an inhabited structure and one count each of arson during a state of emergency, first-degree residential burglary and possession of flammable material, NBC Los Angeles reported.

Today, San Gabriel officials announced the completion of the investigation into the fire that occurred at the Mission San Gabriel on July 11, 2020. https://t.co/Ai2SsgwUph

Corey allegedly broke into the San Gabriel Mission in Southern California on July 11, and started a fire that spread to the church’s roof and burned the length of the building, according to NBC Los Angeles.

The church was reportedly undergoing renovations at the time of the incident in preparation for its 250th anniversary celebration. No motive was given and no one was injured in the fire, according to the Associated Press (AP).

“The loss to the mission was in the millions of dollars, but the loss to the community is immeasurable,” District Attorney George Gascón said, according to the AP.

The church contains artifacts from the 18th century and is considered one of the best preserved missions in California. Franciscan priest Junipero Serra established the church along with multiple other missions throughout the state. The historic paintings and altar were not damaged in the fire. 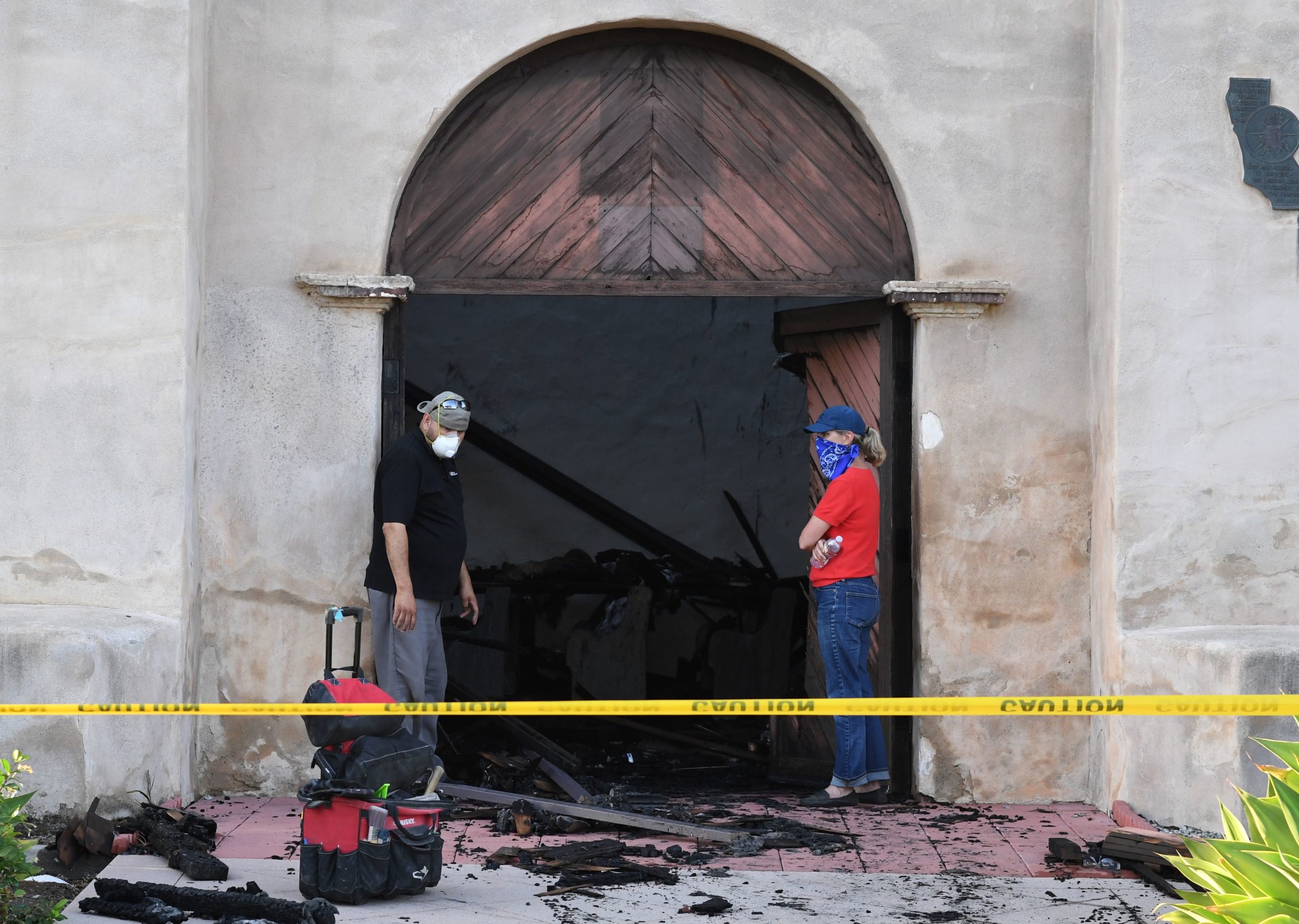 People stand behind caution tape near charred debris at the San Gabriel Mission after a fire broke out early on July 11, 2020, in San Gabriel, California. (Photo by ROBYN BECK/AFP via Getty Images)

Serra is credited for spreading Catholicism in the western United States and was canonized as a saint by Pope Francis in 2015. He was the first Catholic saint to be canonized on U.S. soil.

Activists accused statues depicting Serra of reflecting the oppression of indigenous peoples during protests throughout the summer of 2020. They have claimed he introduced foreign diseases to indigenous tribes and forced tribes to build the missions. (RELATED: ‘Compared To Hitler’: St. Junípero Serra Statue To Be Removed From Ventura)

A statue of Serra was vandalized in June following protests and riots across the country. The California Conference of Catholic Bishops defended Serra’s legacy, and said the “historical truth is that Serra repeatedly pressed the Spanish authorities for better treatment of the Native American communities,” according to a statement.

San Gabriel officials moved the mission’s statue of Serra before the fire to protect it against potential vandalism, according to the AP. Police reportedly considered the vandalism of other statues in their investigation of the fire, but there were no links immediately announced.

The church was providing Masses online due to pandemic-related restrictions, but is slated to resume indoor Mass on May 22, its website says.

Numerous other churches across the country have been set ablaze or vandalized throughout 2020, and motives were often unclear.