The Department of Labor reversed a rule introduced by the previous administration that set criteria for determining whether a worker was an independent contractor.

The Independent Contractor Rule would’ve narrowed considerations for deciding if workers are an employee or freelancer and caused many to lose protections afforded by the Fair Labor Standards Act (FLSA), the Labor Department said Wednesday. Labor Secretary Marty Walsh stated nixing the rule will lead to increased wages for many American workers.

“By withdrawing the Independent Contractor Rule, we will help preserve essential worker rights and stop the erosion of worker protections that would have occurred had the rule gone into effect,” Walsh said in a statement. (RELATED: ‘Disastrous Impact’: Small Business Advocates Criticize Biden’s First 100 Days)

“Legitimate business owners play an important role in our economy but, too often, workers lose important wage and related protections when employers misclassify them as independent contractors,” he said. “We remain committed to ensuring that employees are recognized clearly and correctly when they are, in fact, employees so that they receive the protections the Fair Labor Standards Act provides.”

The FLSA mandates that employers pay employees the federal minimum wage for the first 40 hours worked per week and overtime compensation of one-and-one-half times their regular wage. However, the law’s provisions don’t apply to independent contractors.

In March, the Labor Department issued a notice that it would review the rule and made a request for public comment. 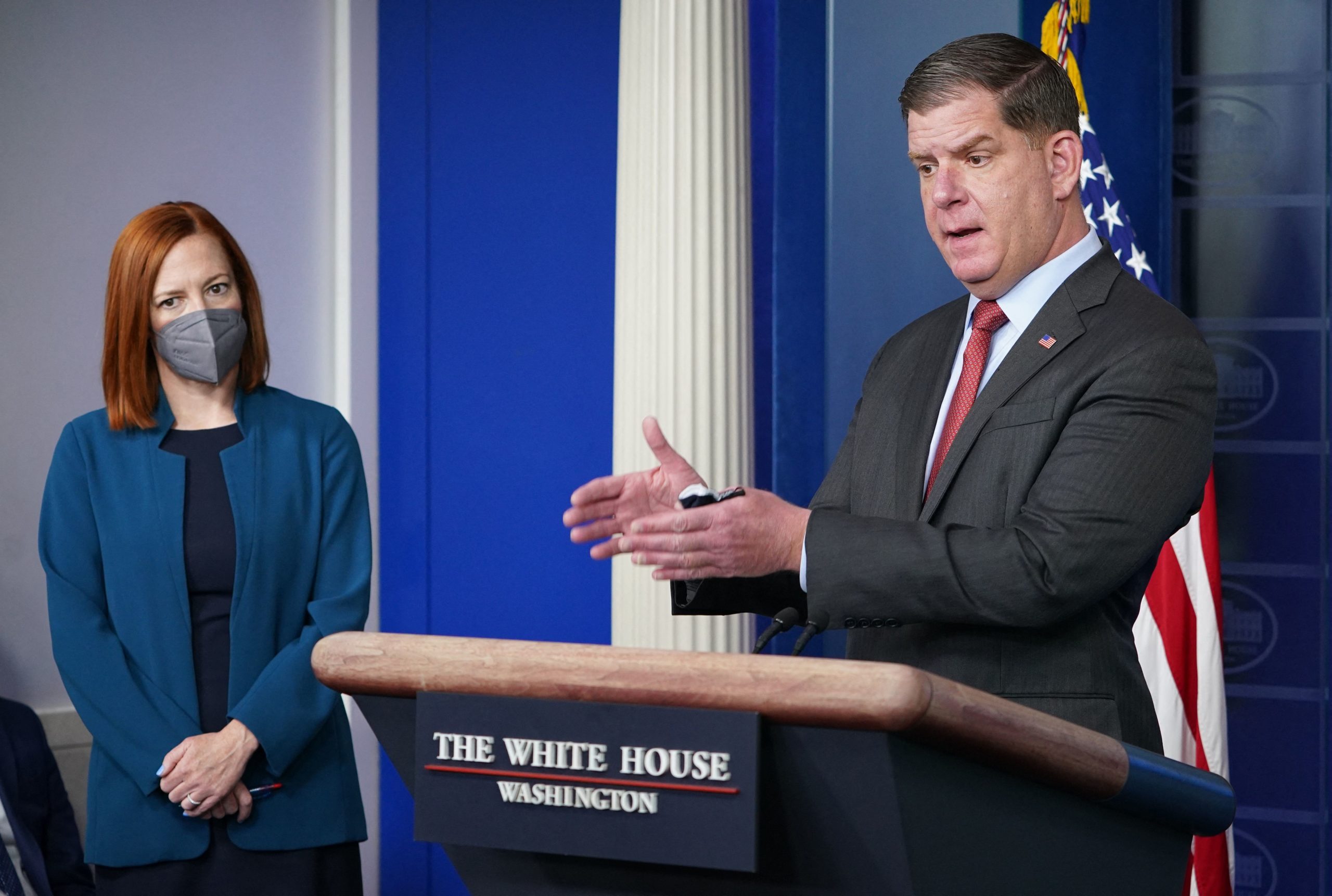 Secretary of Labor Marty Walsh speaks during a press briefing on April 2 at the White House. (Mandel Ngan/AFP via Getty Images)

“We believe that classification issues in the trucking industry are best addressed through adjustments to the existing system,” Todd Spencer, the president of the Owner-Operator Independent Drivers Association, said in a comment. “We therefore urge the Department to address issues contained in the existing final rule, but oppose its full withdrawal.”

Former Labor Secretary Eugene Scalia unveiled the Independent Contractor Rule on Jan. 6, saying it would streamline the way workers were defined. It was further intended to simplify compliance for businesses and improve worker conditions, recognizing that many workers choose to be freelancers.

Food-delivery and ride-sharing companies were supportive of the rule, according to The Wall Street Journal. The National Federation of Independent Business and Chamber of Commerce also applauded the rule.

“The Biden Administration is continuing its war on small business,” Alfredo Ortiz, president and CEO of the Job Creators Network, said in a statement Wednesday. “By changing the rules on gig workers, the Administration is making our labor force less flexible and more costly. This is part of a wider campaign by the Administration to trample employee rights and strengthen unions.”

The rule was set to go into effect on May 7.