President Joe Biden’s American Families Plan is more expensive than the White House said and would trigger negative growth, according to an economic analysis.

The American Families Plan (AFP) would cost $2.5 trillion, or $700 billion more than the White House promised, over the next 10 years, according to a Penn Wharton Budget Model analysis released Wednesday. By 2050, the plan would decrease U.S. gross domestic product (GDP) by 0.4% and increase federal debt by 5%.

“The effects from larger debt on the economy outweigh the productivity gains associated with the new spending programs,” said the analysis, which was conducted by economic experts Zheli He, Victoria Osorio and John Ricco from the Wharton School of the University of Pennsylvania.

Biden’s plan to pay for the AFP would generate $1.3 trillion in new tax revenue, more than a third of which would come from updated tax collection enforcement, the model projected. The plan proposes to raise the top individual tax rate and the capital gains tax for millionaires to 39.6%. (RELATED: Consumer Prices Have Skyrocketed In Recent Months. Experts Say It’s Just The Beginning) 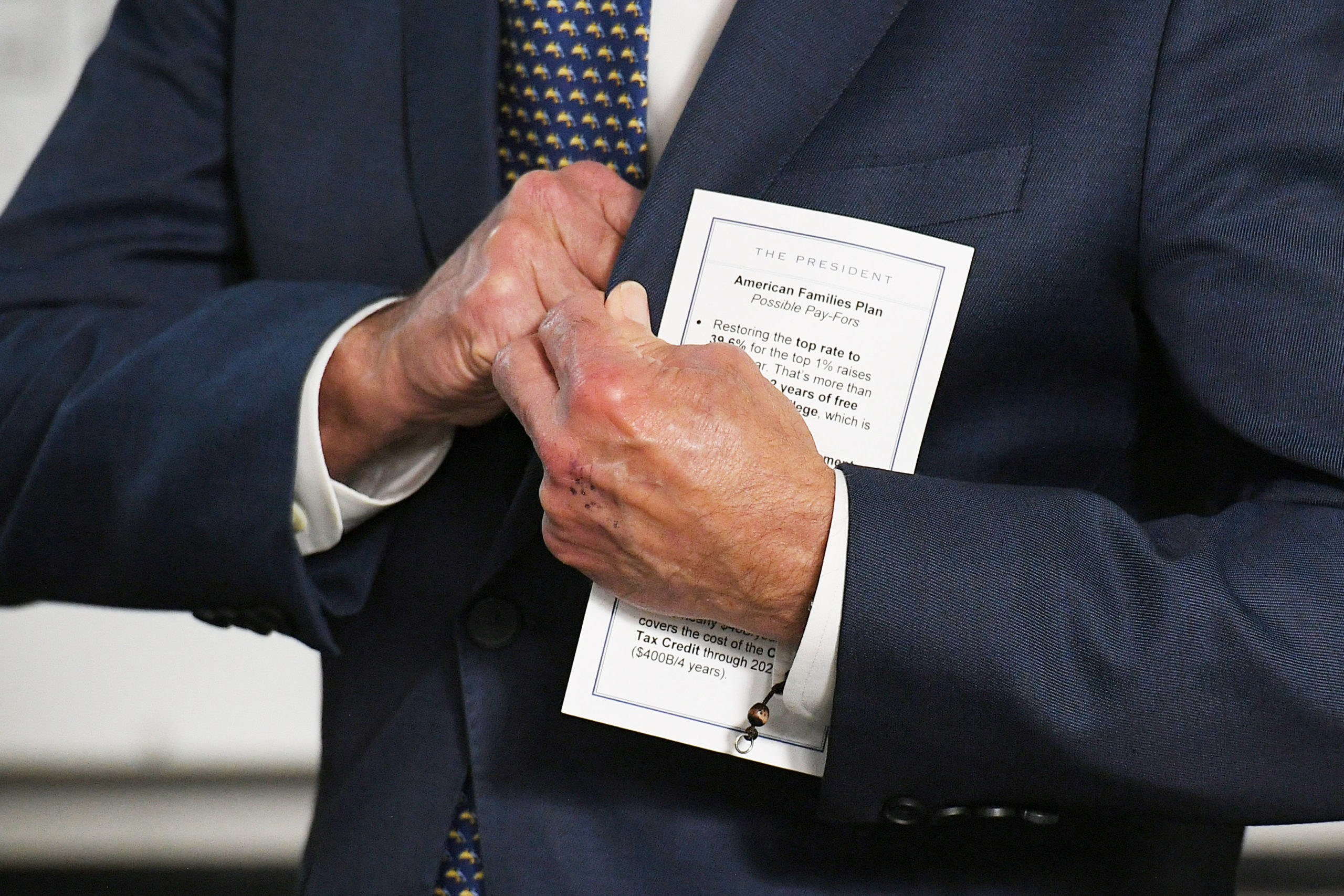 President Joe Biden holds a note card about the American Families plan while being introduced on May 3. (Mandel Ngan/AFP via Getty Images)

“Let’s get this done. Because the truth of the matter is that we can do this and grow the economy,” Biden said during his remarks about the AFP on Monday. “I won’t go into all the other statistics, but the plan is estimated to grow the economy another trillion dollars.”

“This will grow the economy,” Biden said. “Everybody would be better off.”

The Penn Wharton model projected the average economy-wide wage rate would increase 0.1%, but wouldn’t be enough to offset the plan’s effect on government debt and GDP.

In addition, Democrats passed a $1.9 trillion coronavirus relief package and Biden proposed a $2 trillion infrastructure plan in March. The U.S. recently recorded its third-largest monthly budget deficit ever last month when the government spent $927 billion and reported revenue of $268 billion.