Peloton recalled its treadmills and said it would stop selling them following a six-year-old child’s death and a safety commission’s warnings about the product’s dangers, numerous sources reported Wednesday.

The company announced Wednesday that it would recall 125,000 treadmills, including the $4,295 Tread+ and the $2,495 Tread, the latter of which has yet to be released in the U.S., CNN reported.

Weeks before the recall, the U.S. Consumer Product Safety Commission (CPSC) issued a warning about the dangers of the machine, but Peloton did not respond by recalling the treadmills, a “mistake” CEO John Foley admitted to Wednesday, according to CNN.

“I want to be clear, Peloton made a mistake in our initial response to the CPSC’s request,” Foley said. “We should have engaged more productively with them from the outset. For that, I apologize.”

CPSC acting chairman Robert Adler said Peloton’s announcement was the “result of weeks of intense negotiation and effort, culminating in a cooperative agreement that I believe serves the best interests of Peloton and of consumers,” according to CNN.

At the time of CPSC’s statement about the dangers of the treadmill, Peloton said the warning was “inaccurate and misleading,” and Foley said he had “no intention” of a recall, according to the AP.

Democratic Connecticut Sen. Richard Blumenthal, the chair of the Subcommittee on Consumer Protection, Product Safety, and Data Security, said the recall was “dangerously delayed,” according to CNBC.

“Peloton unacceptably put consumers at risk, obstructed the CPSC’s investigation and its consumer warnings,” he said.

After the recall was announced, Peloton shares went down nearly 15%, its second biggest percentage decline, which wiped out $4.1 billion from the company’s market value, according to CNBC.

Peloton introduced treadmills roughly three years ago and has seen tremendous sales of its stationary bikes and other equipment as people have opted to stay home to work out instead of going to the gym during the pandemic. 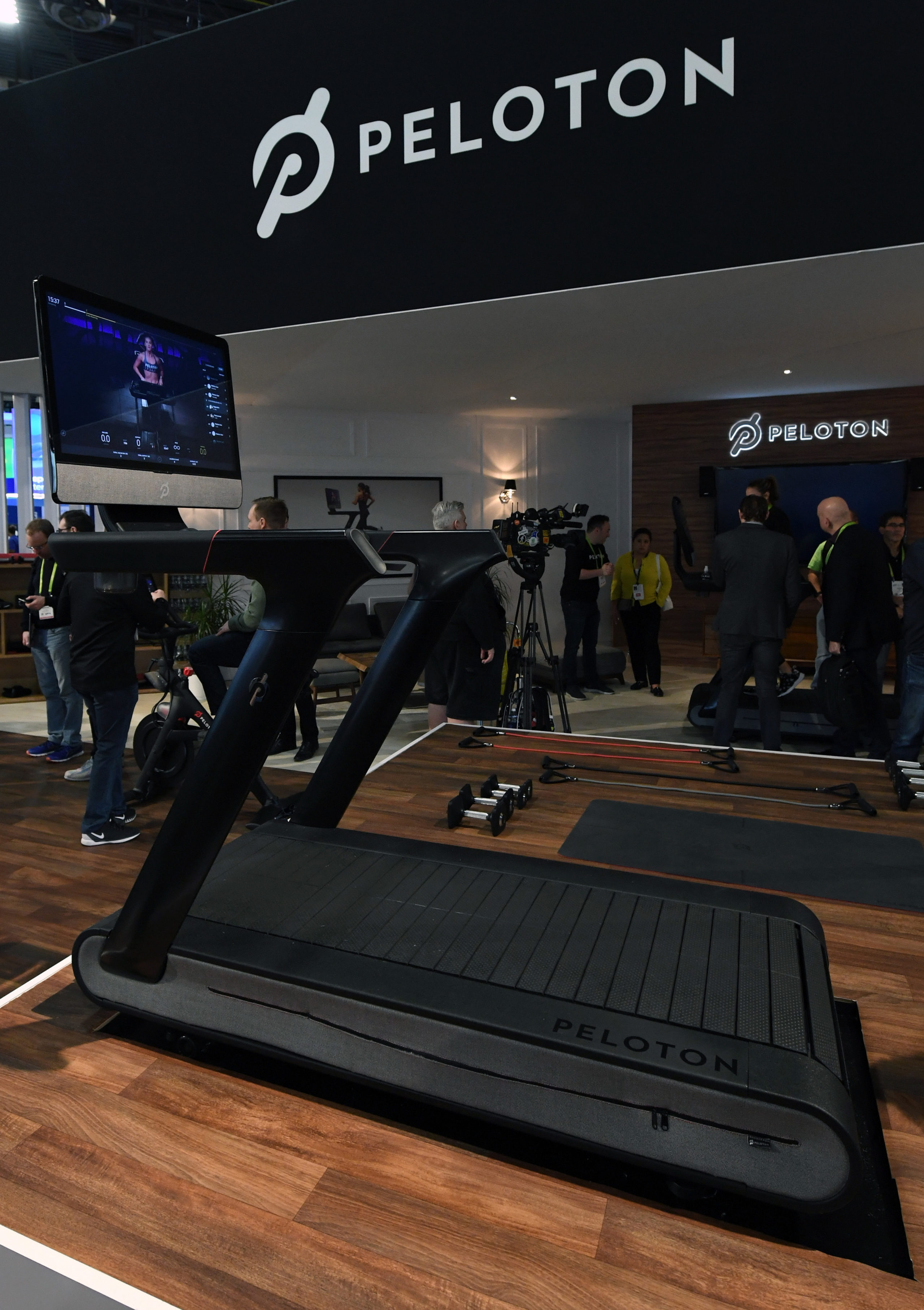 A Peloton Tread treadmill is displayed during CES 2018 at the Las Vegas Convention Center on January 11, 2018 in Las Vegas, Nevada. (Photo by Ethan Miller/Getty Images)

Customers who own one of their treadmills were advised to stop using them and to contact Peloton for a refund. For customers who choose to keep their treadmill, Peloton reportedly said it would move it at no cost to a room where children or pets cannot enter and update the machine’s software so a passcode is required to use it, according to the AP.

Peloton reportedly said Wednesday it would work with the CPSC to improve industry standards for treadmills. It’s unclear how much the recall and incidents will damage the company’s reputation, CNBC reported.

“We acknowledge that this recall will likely result in significant near-term one time financial costs and operational disruption, with potential reputational damage,” Truist Securities analyst Youssef Squali said in a note to clients following Peloton’s announcement, according to CNBC. Squali noted that growth trends in the home fitness industry, however, are expected to remain intact regardless.

Peloton previously issued a recall in October for 27,000 bikes after issues with the pedals caused multiple injuries. (RELATED: Peloton Recalls Pedals On 27,000 Bikes After Over A Dozen Injuries Reported)