Republican Montana Sen. Steve Daines sent a Wednesday letter to President Joe Biden asking him about his son, Hunter Biden, who continues to hold a minority stake in a Chinese private equity firm 100 days into Biden’s term, the Daily Caller has learned.

Daines urged the president to make sure Hunter Biden is fully divested from the Chinese private equity firm and mentioned the DCNF’s reporting on Hunter Biden’s investments in BHR Partners.

“I write regarding reports of potential conflicts of interest with members of your family and foreign investments that could result in undue influence on U.S. government policy or officials. As President of the United States, it is critical to avoid any appearance of conflict of interests with foreign governments, particularly adversaries such as the People’s Republic of China,” Daines writes in the letter.

“As you know, in December you stated: ‘My son, my family will not be involved in any business, any enterprise, that is in conflict with or appears to be in conflict, with the appropriate distance from, the presidency and government.’ Despite this pledge, recent reports have shown that Hunter Biden has maintained investments in BHR Partners, which is owned in part by the Bank of China,” he continued.

“I am concerned that these investments run contrary to your pledge and could result in undue influence on the U.S. government. I urge you to ensure your family is fully divested from such firms and honor the commitments you have made to mitigate any risk or appearance of conflicts of interest,” Daines concluded. 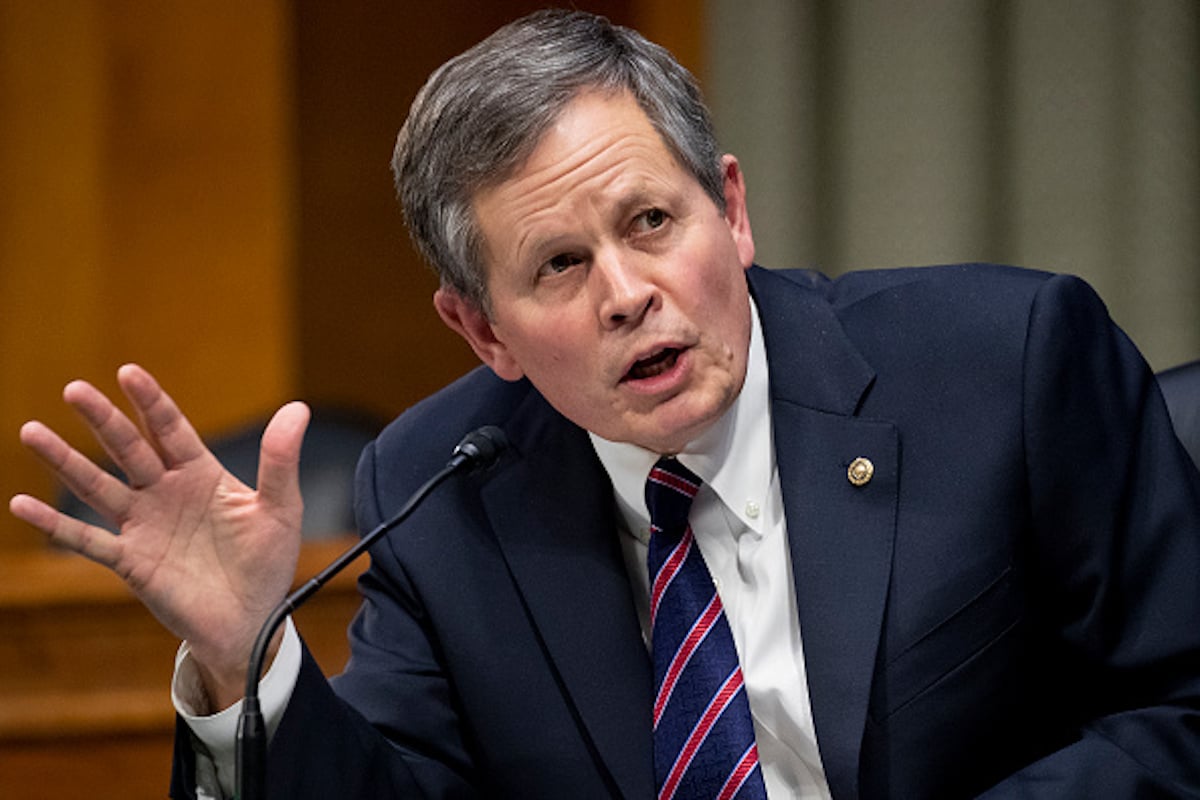 Sen. Steve Daines (R-MT) directs a question about limiting abortions to Xavier Becerra, nominee for Secretary of Health and Human Services, at his confirmation hearing before the Senate Finance Committee on Capitol Hill February 24, 2021 in Washington, DC. (Photo by Michael Reynolds-Pool/Getty Images)

Biden said in October 2019 that if he was elected president, no members of his family would do business with any foreign corporations or countries. (RELATED: 100 Days Into Biden’s Presidency, Hunter Still Owns Stake In Chinese Private Equity Firm, Business Records Show)

“No one in my family will have an office in the White House, will sit in on meetings as if they are a cabinet member, will, in fact, have any business relationship with anyone that relates to a foreign corporation or a foreign country,” Biden told reporters in Iowa. “Period. Period. End of story.”

BHR is co-owned by the Chinese state-controlled Bank of China, business records reviewed by the DCNF show. The firm manages $2.1 billion in assets, according to its website. Hunter Biden acquired his 10% stake in BHR by investing $420,000 in October 2017, according to an October 2019 statement his lawyer released. (RELATED: Hunter Biden Continues To Hold Stake In Chinese Private Equity Firm, Records Show, Despite Reports That He Was Planning To Divest)

White House Press Secretary Jen Psaki said in February that Hunter Biden was in the process of divesting from the firm.

“He has been working to unwind his investment but I would certainly point you — he’s a private citizen — I would point you to him or his lawyers on the outside,” Psaki said. However, it is unclear how much he has received from his investment or if he has pulled out yet.

The firm’s business file was last updated on July 28, 2020, according to the records reviewed by the DCNF. (RELATED: Hunter Still Owns 10% Of Chinese Private Equity Firm 24 Days Into Biden’s Presidency)

The White House did not immediately respond to the Daily Caller’s request for comment about the letter and about Hunter Biden’s minority stake in the Chinese private equity firm.