California candidate Caitlyn Jenner, who stunned entertainment and political news alike by coming out against biological men in women’s sports last week, formerly said that every transgender person should have an opportunity to compete in sports.

“I think every trans person, if they’re into athletics, should have an opportunity to compete and to improve themselves,” Jenner said during a podcast interview in April 2020. “I think sports is such a great way to learn a lot about yourself. And yeah, I want to, hopefully they’ll have the opportunity in the future to do whatever they can do. I’m all for it. I’m all for it.”

In a bid against Democratic California Gov. Gavin Newsom, Jenner has harnessed Republican talking points such as Democratic lockdown hypocrisy and echoed the GOP’s stance that biological men should not be able to compete in women’s sports. (RELATED: Here Are The Lawmakers Who Refused To Stay Home After Telling You To)

“This is a question of fairness,” Jenner, who won a gold medal in the decathlon at the 1976 Olympic Games, told TMZ last week. “That’s why I oppose biological boys who are trans competing in girls sports in school. It just isn’t fair, and we have to protect girls sports in our schools.” 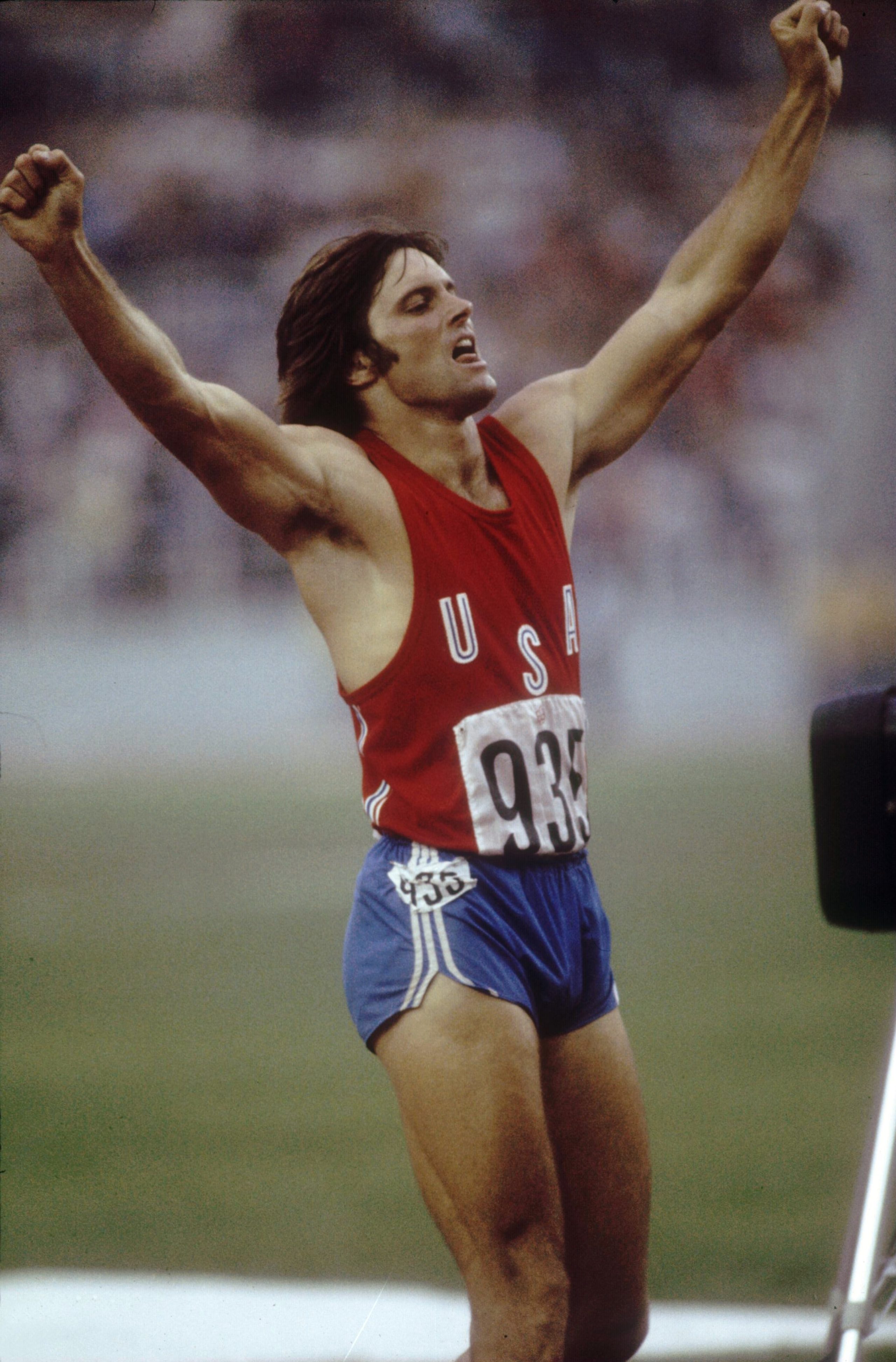 Jul 1976: Bruce Jenner of the USA celebrates during his record setting performance in the decathlon in the 1976 Summer Olympics in Montreal, Canada. Mandatory Credit: Tony Duffy/Allsport

Transgender activist Charlotte Clymer criticized Jenner this week on MSNBC, accusing Jenner of working “against the equality” of the transgender community.  (RELATED: ‘This Is A Question Of Fairness’: Caitlyn Jenner Says Biological Males Shouldn’t Compete In Girls’ Sports)

“And by the way, she’s a hypocrite,” Clymer added, referring to Jenner’s comments made in the 2020 interview. “Caitlyn Jenner has played in women’s golf tournaments, for God’s sake. This is someone who panders, she’s a hypocrite, and she is a hateful person who has no problem attacking people to build her brand.”

Last night on @TheReidOut, the brilliant @JoyAnnReid asked me what I think about Caitlyn Jenner, and I definitely gave her a clear answer to that question. pic.twitter.com/gmBXp8HgAY

Outsports Managing Editor Dawn Ennis, who conducted the April 2020 interview with Jenner, wrote in a May 1 article in Forbes that Jenner had “turned her back on trans kids to get Republican votes.”

“What Jenner is doing to win Republican votes is turning her back on each and every one of those young people, every transgender youngster in America, not just those who want to compete in sports, say advocates for trans youth,” Ennis wrote.

Hear Caitlyn Jenner say she was ‘all for trans inclusion’ in sports before she flip-flopped https://t.co/00HFkxQp4U

Some conservatives have celebrated Jenner’s criticisms of Newsom and California Democrats, highlighting that Jenner understands the devastation that “career politicians” have wrought on the state of California. This includes those who worked for former President Donald Trump, such as former White House Press Secretary Kayleigh McEnany. (RELATED: REPORT: Former Trump Campaign Manager Brad Parscale Advising Caitlyn Jenner On Potentially Running For California Governor)

“Set aside the messenger for a moment,” radio host Larry O’Connor tweeted Tuesday regarding Jenner’s new political ad. “This is, without a doubt, the perfect message. This is how Gavin Newsom goes down. This is how California saves itself. Not sure Jenner is the right candidate, but this ad nails it.”

Jenner did not immediately respond to a request for comment from the Daily Caller News Foundation.