Democratic California Gov. Gavin Newsom was justified in his use of emergency powers during the pandemic to expand mail-in-voting, an appellate court ruled Wednesday. The decision striked down a lower court’s finding that Newsom had overstepped his authority.

The three-judge panel from the Third District Court of Appeal in Sacramento ruled a lower court judge “erred in interpreting the Emergency Services Act to prohibit the Governor from issuing quasi-legislative orders in an emergency. We conclude the issuance of such orders did not constitute an unconstitutional delegation of legislative power.”

Two Republican assemblymen, James Gallagher and Kevin Kiley, sued Newsom in June. They argued his executive order to send mail-in ballots to every voter was “null and void as it is an unconstitutional exercise of legislative powers reserved only to the Legislature, nor is [was] it a permitted action” under the Emergency Services Act, according to the court’s opinion. 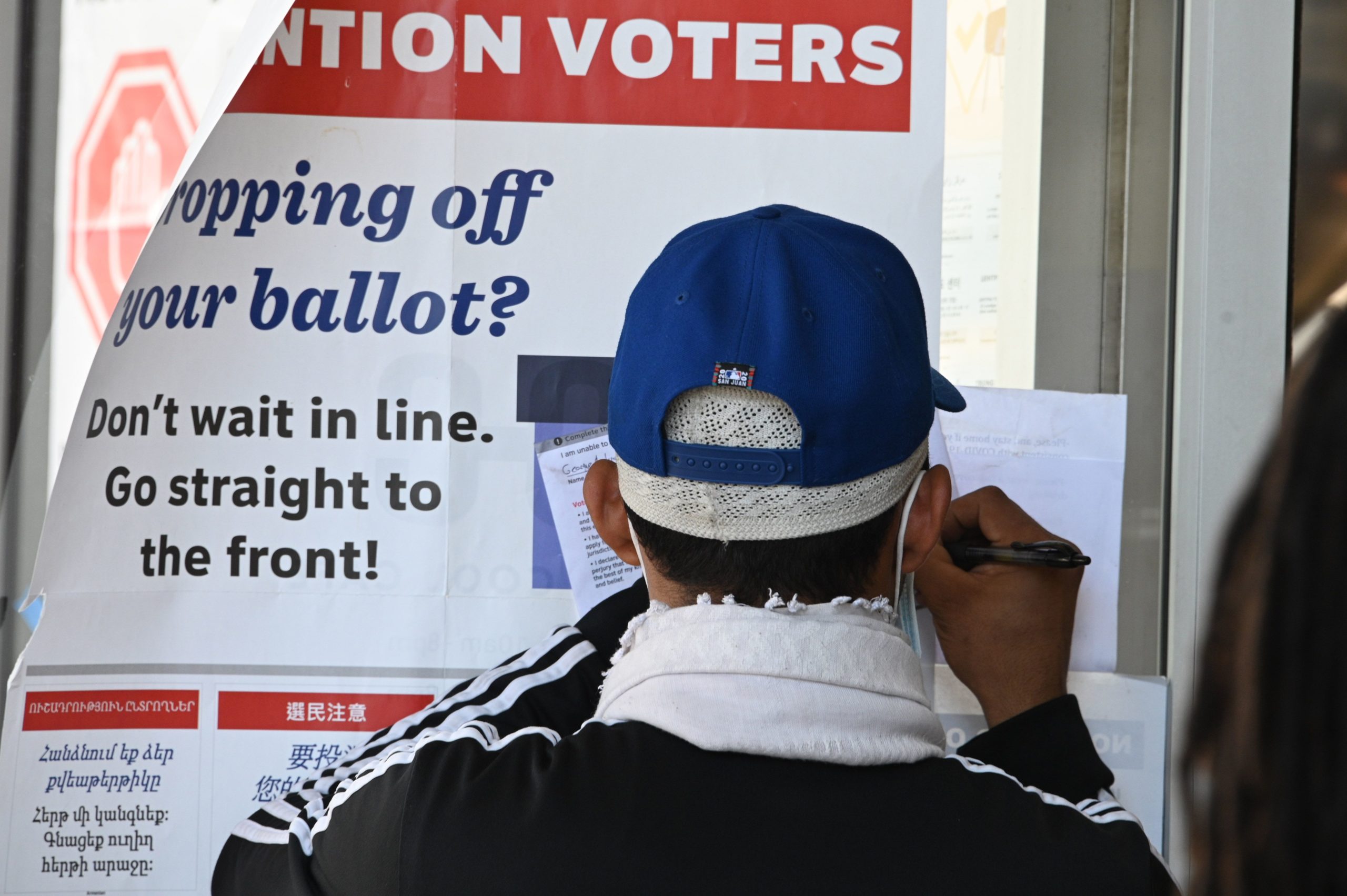 A man signs the back of his mail-in ballot before dropping it off at the vote center at the Hot & Cold Cafe in the Leimert Park neighborhood of Los Angeles, California on November 3, 2020. – (ROBYN BECK/AFP via Getty Images)

Superior Court Judge Sarah Heckman ruled in favor of the lawsuit in November, ruling the Emergency Services Act did not give Newsom the authority to make or amend statutory laws. While there were two assembly bills passed that legalized Newsom’s executive order, Heckman ruled that Newsom’s mandates had not been rescinded.

The larger question was whether the Emergency Services Act gave the governor the power of the legislature during times of emergency. Newsom argued that the act gives him “the authority to exercise the state’s police power to issue orders as necessary in an emergency.”

The panel ruled that while “two out of the three provisions in the Emergency Services Act … do not by their terms refer to the Governor’s powers in an emergency as including amending or making law,” the act nonetheless does give Newsom the authority to suspend a statute that impedes an emergency response. (RELATED: California Republican Kevin Kiley Explains His Lawsuit Against The Governor’s ‘Unconstitutional’ Executive Orders)

“The Governor is charged by the Emergency Services Act with the responsibility to provide a coordinated response to the emergency,” the panel wrote. “This statutory purpose while broad gives the Governor sufficient guidance to issue orders that further a coordinated emergency response.”

Gallagher and Kiley said the ruling wasn’t what they hoped for but that the court did establish some legal boundaries for the governor, appearing to suggest they would appeal to the state Supreme Court.

“The Court also ruled against the Governor on almost every legal issue, rejecting several far-fetched statutory arguments [Newsom] made aimed at enlarging his emergency powers,” the joint statement read. “Unfortunately, the Court then proceeded to a startling conclusion: that a State of Emergency gives a California Governor ‘the power to legislate.'”

“We have said from the beginning that this case will be decided by the California Supreme Court. The issue now squarely presented for the high court is whether the separation of powers still exists in California. We are confident it will uphold this bedrock principle of constitutional government.”