If you wanted to teach a class on how to cause confusion and distrust, you would follow the U.S. government’s coronavirus playbook. A lot has been written about the historically low levels of trust Americans have in their leaders and institutions. There’s been less analysis on what happens when a government has no faith in its own citizens. We are seeing the results today. From the start of the pandemic, health authorities have chosen gamesmanship over honesty. This has resulted in muddled and inconsistent messaging from national leaders. The end result is a broken country of citizens at one another’s throats. Mask fights, deboarding flights and, of course, the crazy people driving around alone in their cars with masks on all stem, at least in part, from a government that refused to treat Americans like adults who could handle the truth.

It’s important to note that the government has done a lot of good things in response to COVID-19. In the area of vaccine development, we have done more, faster than any other large country. The combination of heavy government subsidies and an innovative free market system produced strong, reliable vaccines at a record pace. We crushed efforts by China, Russia and others to fight COVID-19 with medical innovations. This is why America is ahead of Europe and most of the world. We should celebrate the much-maligned pharmaceutical industry and the administrations of both President Donald Trump, whose Operation Warp Speed was a historic achievement, and President Joe Biden, who helped quicken the vaccine distribution. Outside of medical innovation, however, the government’s response has been marked by a failed communications plan that shows extreme distrust of the American people. (RELATED: Operation Warp Speed Was Instrumental In Johnson & Johnson’s Coronavirus Vaccine)

The government famously began their COVID-19 communications with a lie about masks. Despite what some of the fever swampers may tell you, masks work. That’s why doctors wear them around sick people. They aren’t perfect, of course, but they do help. Numerous high-ranking officials took part in the lie that mask’s aren’t effective, including Dr. Anthony Fauci. 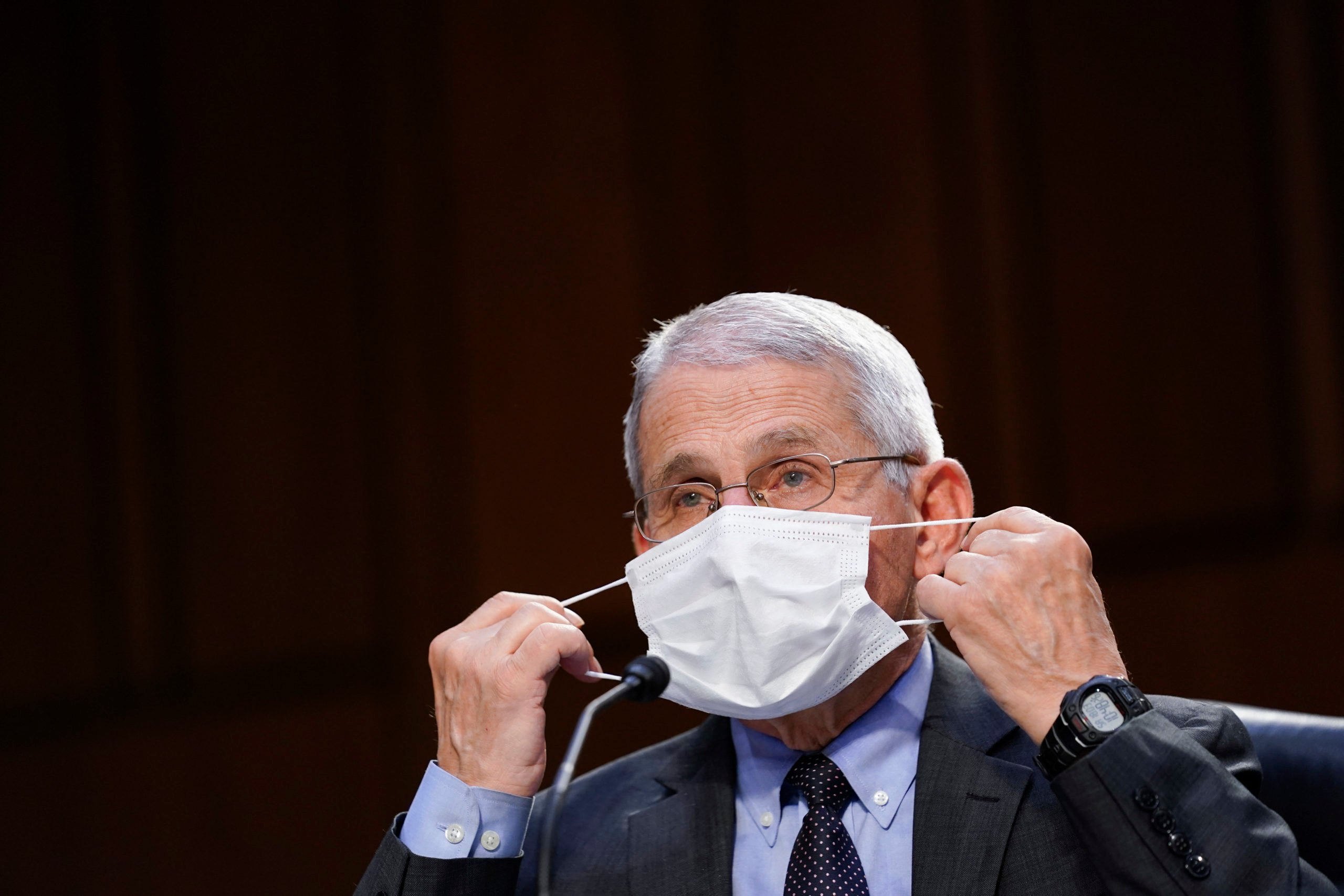 They defend the lie now by noting, correctly, that we needed to conserve as many masks as we could for health care workers who truly needed them. Fair enough, but there was another option that our leaders didn’t seem to consider: Tell the truth. They could have told the American people that it’s going to require some sacrifice and that we need to come together as a society to fight this contagious disease. They could have told everyone that the first step of the fight is saving the professionally made masks and other protective equipment for the first responders. As part of this message, they could have reminded people that the young and healthy probably weren’t in extreme danger (something we already knew, even then). There will always be people on the margins who won’t cooperate, but I would bet most Americans would have rallied around such an honest message.

After lying about the masks, the government lied about lockdowns. Remember when this all started and we were told to lock down briefly in order to “flatten the curve”? In many states, that turned into extended lockdowns that destroyed American businesses and families. Why? Couldn’t people have managed to safely go about some semblance of life while taking some prudent precautions? Our government never gave them the chance. (RELATED: How Much Did The Lockdowns Actually Cost America?)

We have known for months that wearing masks outside when walking or running is just silly. The air dissipates quickly, and the research shows these fleeting encounters with others aren’t responsible for much disease transmission. The risk is tiny, yet in many places, outdoor mask mandates were the norm. Now, for those who have been vaccinated, the risk is negligible. Yet it took a while after vaccinations were available for the CDC to change their outdoor mask guidance, and leaders are still not able to send a consistent message. Did you see the picture of Vice President Kamala Harris and her husband kissing each other outdoors with their masks on? What message are they trying to send with that insanity? 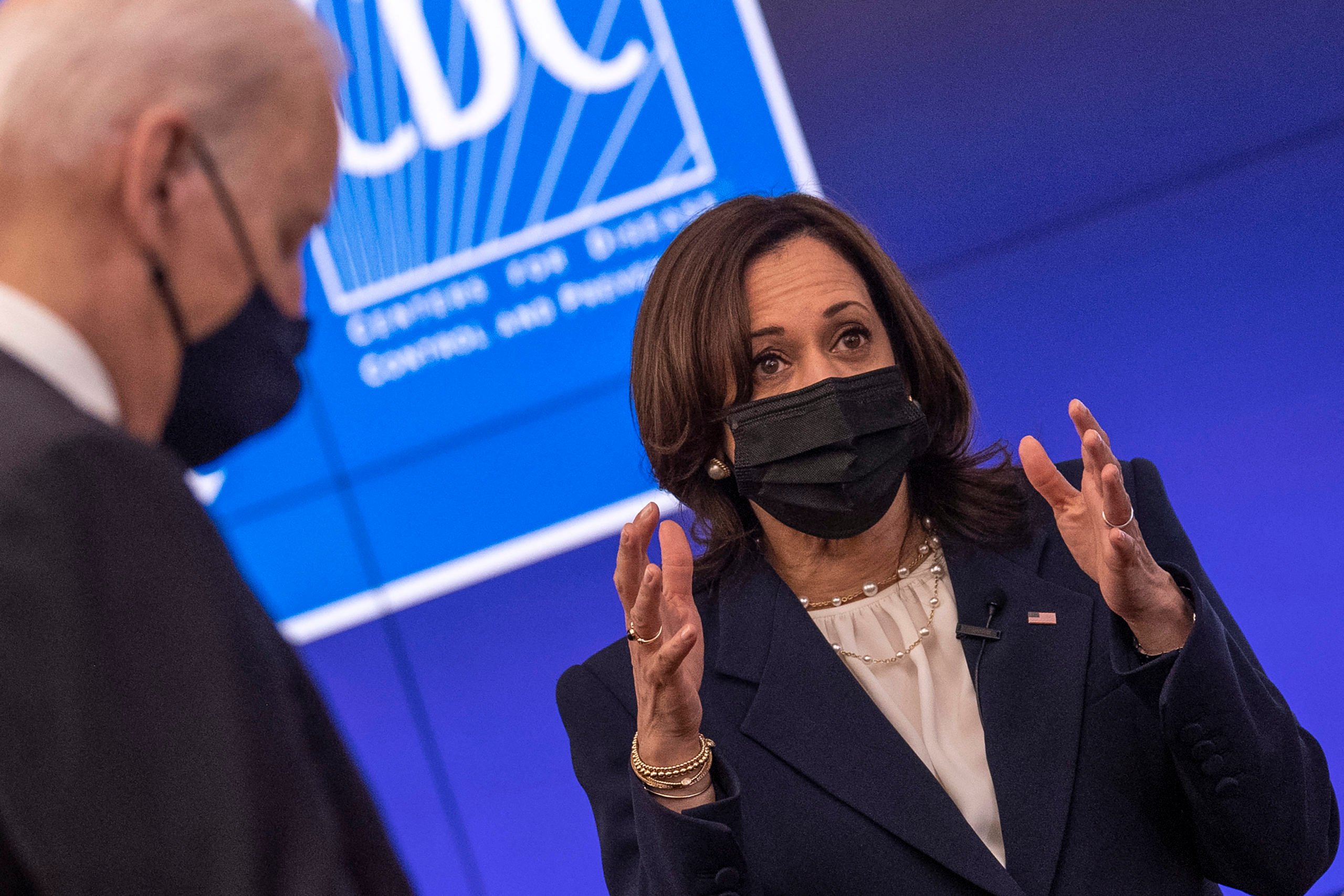 Intentions aside, people are getting two messages. The first is that the truly responsible people are still wearing their masks, so we all should. This has likely caused more conflict on America’s streets than any other government communications foible. The second message is the vaccine doesn’t seem to help much. If the vaccines work as well as our officials claim, why are they all still running around outside with their masks on? It’s a reasonable question, yet it’s one that all these smart people don’t seem to have considered. (RELATED: Biden Says Its A ‘Patriotic Responsibility For God’s Sake’ For Two Vaccinated People To Wear Masks While Talking Indoors)

The biggest and most destructive part of the government’s dishonesty is school closures. The kids should be back in school. The scientists have agreed for a long time now that the risks of in-class learning are manageable. On this one, the dishonesty is of a slightly more sinister variety. Just look at which politicians are making excuses for the school closures and where all the teachers unions political donations go.

All the dishonesty and gamesmanship from top national leaders comes with huge downsides. The next time the government has something important to say, about vaccines, for instance, people will be less likely to believe it.