A substitute teacher in Minnesota was arrested for allegedly “sextorting” children by pretending to be a girl on the internet and then threatening to expose sexually explicit photos, the Justice Department said in a statement Wednesday.

“Sextortion” refers to when a predator solicits sexually explicit photos and then threatens to leak the pictures unless demands such as payment or sexual acts are met.

Prosecutors allege Ottinger pretended to be a young female with names including “Taylor Malek” and “Rachel Meyer” in order to trick the minors into sending sexually explicit images and videos. If one of the minors blocked or ignored the account, he would allegedly contact the victim through one of the many accounts he created to threaten them into sending the images.

According to the criminal complaint, Ottinger allegedly attempted to coerce a 15-year-old child in June 2020 to “engage in sexually explicit conduct” in order to produce an image or video.

The investigation began when a 15-year-old victim contacted the FBI’s National Threat Operations Center in July.

The victim contacted the FBI directly because he did not want to tell his parents about the exchange with an alias named “Rachel Meyer.” The victim said he believed “Rachel Meye” had “catfished” him into sending sexually explicit images of himself.

The victim said the alias “Rachel Meyer” claimed to be a minor, and asked for sexually explicit images. The victim complied, and also showed “Rachel Meyer” a picture of his driver’s permit upon request, but only showed the date of birth and photo portion of the permit, the complaint says.

The victim blocked “Rachel Meyer,” but the alias continued to send several messages and emails, according to the complaint. Following a search warrant, the FBI allegedly linked the “Rachel Meyer” account to Ottinger, which turned up nearly 435 messages between the victim and suspect in their first 27 hours of contact.

The investigation revealed “Rachel Meyer” threatening to expose the images to the victim’s friend, the complaint showed:

“Idk you relies I’m only 15 and your blackmailing me to send a [expletive] pic,” the victim responded.

“I was going to tonight but now I can’t trust you,” the victim responded.

It was unclear which school district Ottinger worked as a substitute teacher. He is a resident of Carver, Minnesota, according to the Justice Department.

According to the complaint, investigators found evidence that Ottinger had allegedly been “sextorting” people since at least 2012.

The complaint noted Ottinger allegedly had searched the internet for tips on how to fake photos on applications like Snapchat in an attempt to lure young boys and men into sending sexually explicit photos. 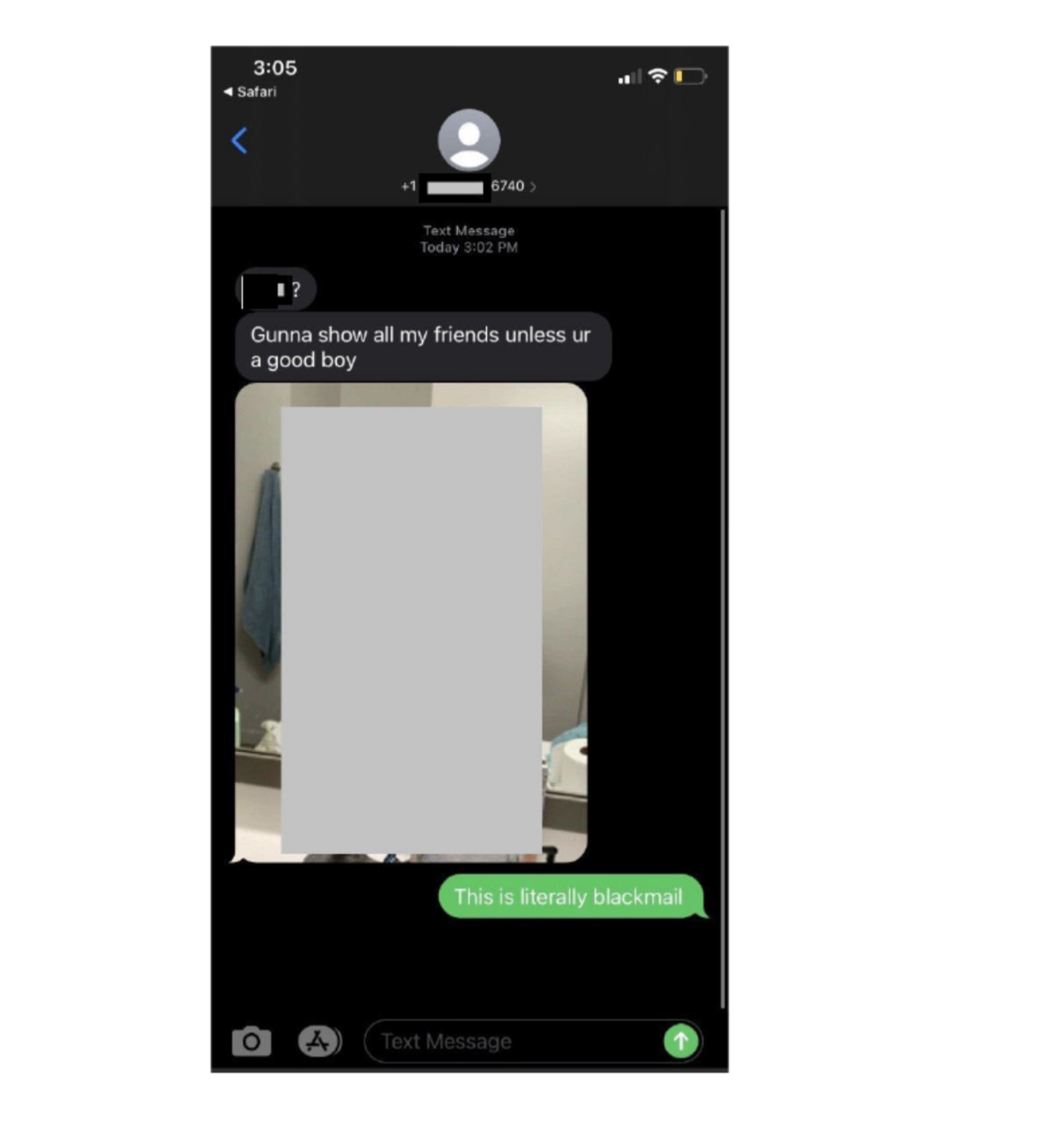 An image from the federal criminal complaint, allegedly depicting a text conversation between the suspect and an adult male. (Justice Department)

Police in Minnesota warned parents about the spike in “sextortion” cases they were seeing across multiple states in March. (RELATED: Police Warn Parents About Spikes In ‘Sextortion’ Schemes Targeting Teen Boys Through Social Media)

Predators have primarily used Instagram to target teenagers, who are usually between the ages of 14 and 18, Fox 9 reported. Investigators say the predator is usually an individual posing as a woman who asks teenage boys for the sexualized photos after gaining their trust.

Another Texas teacher was charged in April with possession of child pornography that depicted an adult male engaging in sexual intercourse with children as young as three.