President Joe Biden is exempting several top administration officials from ethics rules that would restrict their work with labor unions that previously employed them.

The White House waived ethics rules in an April 29 memo for Celeste Drake, who Biden appointed to lead the new Made in America Office. She previously worked at the AFL-CIO and Directors Guild of America, and ethics rules would have otherwise prohibited her from working or communicating with either of her former employers, Axios reported.

The Office of Personnel Management similarly waived ethics rules in a March 15 memo for Alethea Predeoux, the agency’s director of intergovernmental affairs. She was the top lobbyist for the American Federation of Government Employees, a union that represents hundreds of thousands of federal workers, Axios reported. 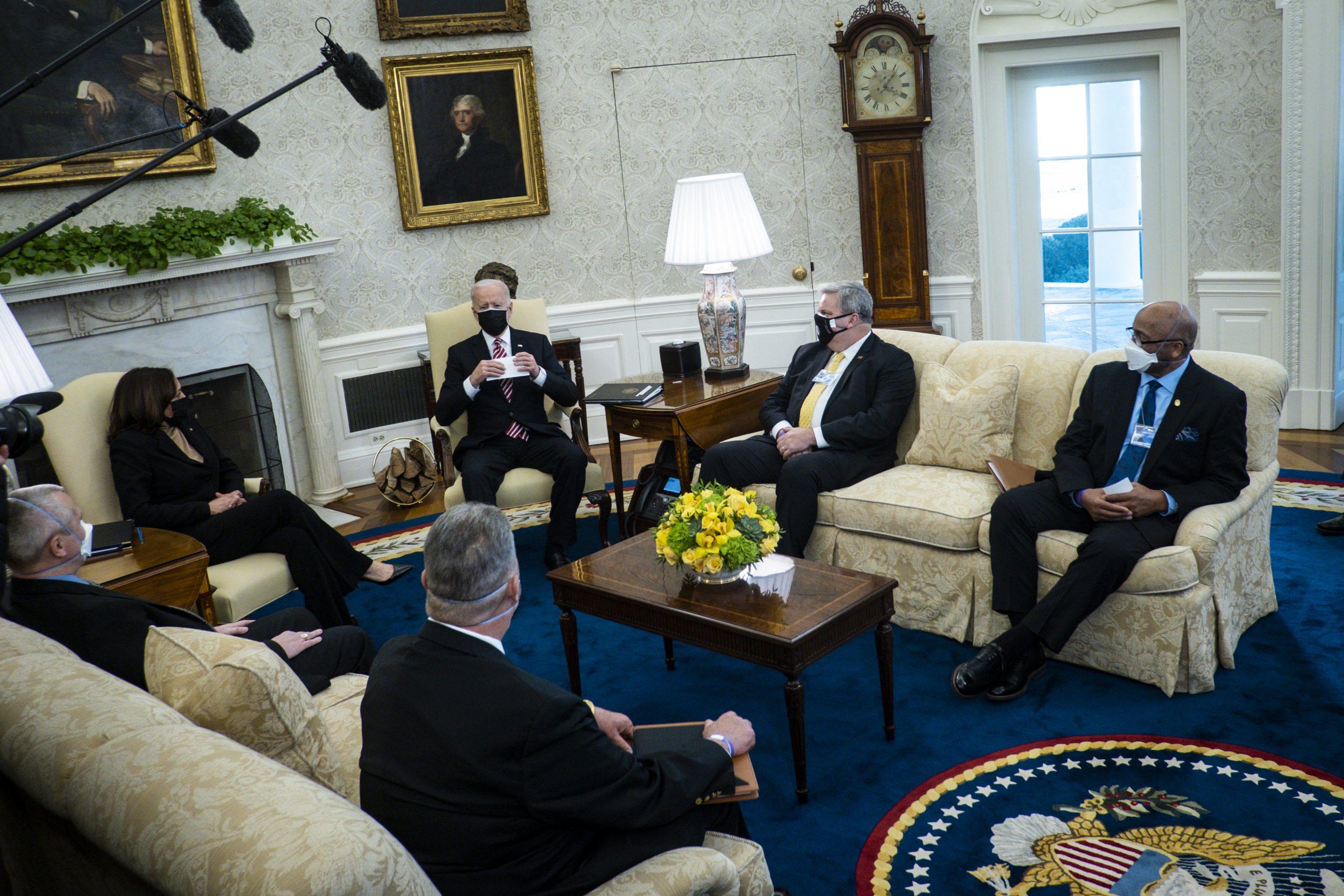 Biden signed an executive order Jan. 20 requiring all appointees to adhere to a strict ethics pledge. The administration’s ethics rules bar appointees from participating “in any particular matter involving specific parties that is directly and substantially related to my former employer or former clients.”

But the White House has argued that waiving ethics rules for former union leaders is different than for appointees who come from the private sector, Axios reported.

“President Biden has stood strong for unions throughout his career, and he’s proud to have leading labor voices in the White House and throughout his administration helping to enact that agenda,” a White House spokesperson told Axios.

Biden’s infrastructure plan would effectively reverse right-to-work laws enacted in multiple states and make it easier for workers to unionize. He also called on Congress to pass the pro-union Protecting the Right to Organize (PRO) Act.