House Minority Leader Kevin McCarthy sent a Monday letter to Republicans in Congress, saying there will be a vote to replace Wyoming Rep. Liz Cheney as the third-ranking House Republican.

In the letter, McCarthy said it is time to “make a change” and that he had spoken with a number of his colleagues. Just hours before McCarthy’s letter was sent, former President Donald Trump slammed Cheney, saying she should be ousted from House leadership and replaced by Republican New York Rep. Elise Stefanik.

BREAKING: @GOPLeader has sent a letter about recalling @Liz_Cheney.

“Having heard from so many of you in recent days, it’s clear that we need to make a change. As such, you should anticipate a vote on recalling the Conference Chair this Wednesday.” pic.twitter.com/P0Euyl2wM3 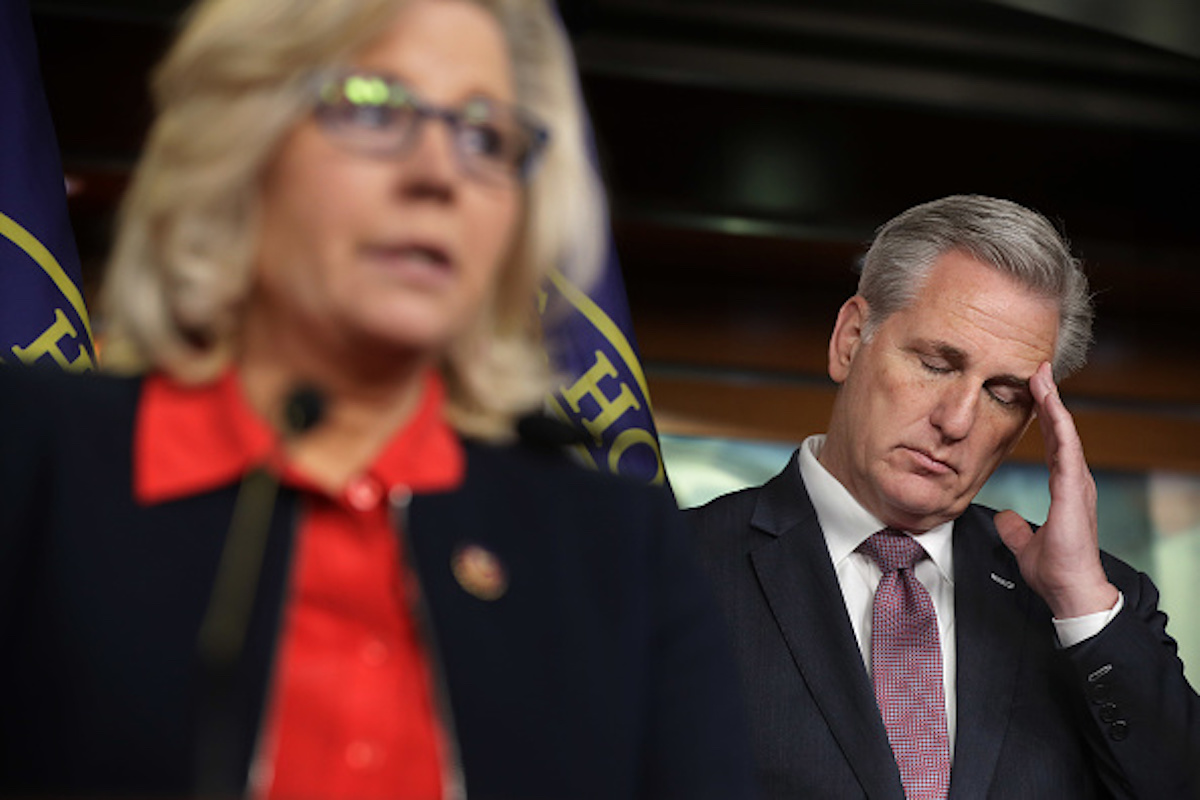 “The House GOP has a massive opportunity to upgrade this week from warmonger Liz Cheney to gifted communicator Elise Stefanik. Elise has intelligence, an endorsement from American Patriot Brandon Judd and the National Border Patrol Council, she has an A+ from the NRA, and she loves our Veterans,” Trump said in a statement. “We need someone in Leadership who has experience flipping districts from Blue to Red as we approach the important 2022 midterms, and that’s Elise! She knows how to win, which is what we need!” (RELATED: Trump Calls On GOP To Oust Cheney From House Leadership, Put In Stefanik)

Cheney, who is up for reelection in 2022, has continued to face criticism for voting in favor of impeaching Trump. The Wyoming Republican Party censured her in February over her vote to impeach Trump. (RELATED: Trump Supports Rep. Elise Stefanik To Replace Liz Cheney As House GOP Conference Chair)

Since impeachment, Cheney has continued to be vocal about her disdain of the former president. McCarthy trashed Cheney before a Tuesday interview, saying she has “real problems.” (RELATED: ‘I Think She’s Got Real Problems’: GOP Leader Kevin McCarthy Caught On Hot Mic Trashing Rep. Liz Cheney)

McCarthy was caught on a hot microphone before a hit with “Fox & Friends,” where he said on-air that Republicans are not concerned about Cheney’s vote to impeach Trump, but said there are concerns about her ability to serve as conference chair. However, McCarthy had some different words about Cheney off-air.

“I think she’s got real problems,” McCarthy told host Steve Doocy off-air before the interview, Axios reported. “I’ve had it with … I’ve had it with her. You know, I’ve lost confidence. … Well, someone just has to bring a motion, but I assume that will probably take place.”