President Joe Biden and other Democratic leaders have pushed for more government spending after a string of news that showed the economic recovery was slowing.

Democrats have pushed trillions of dollars worth of new government programs as jobs growth has slowed, consumer prices rise and a large labor shortage continues to hit much of the country. In March, Biden signed the partisan $1.9 trillion American Rescue Plan and has since proposed a $2 trillion jobs and infrastructure plan and a $1.8 trillion families plan.

“[The American Rescue Plan] got us back to where we were. But that’s not nearly enough,” Biden said during remarks responding to the dismal April jobs report Friday. “We have to build back better.” (RELATED: April Job Growth Was Far Short Of Expectations. Here’s Why Hiring Slowed)

“That’s why we need the American Jobs Plan I proposed: to put us in a position where we can build back better, to reclaim our position as the leading and most innovative nation in the world, and win the future — the 21st century,” he said. 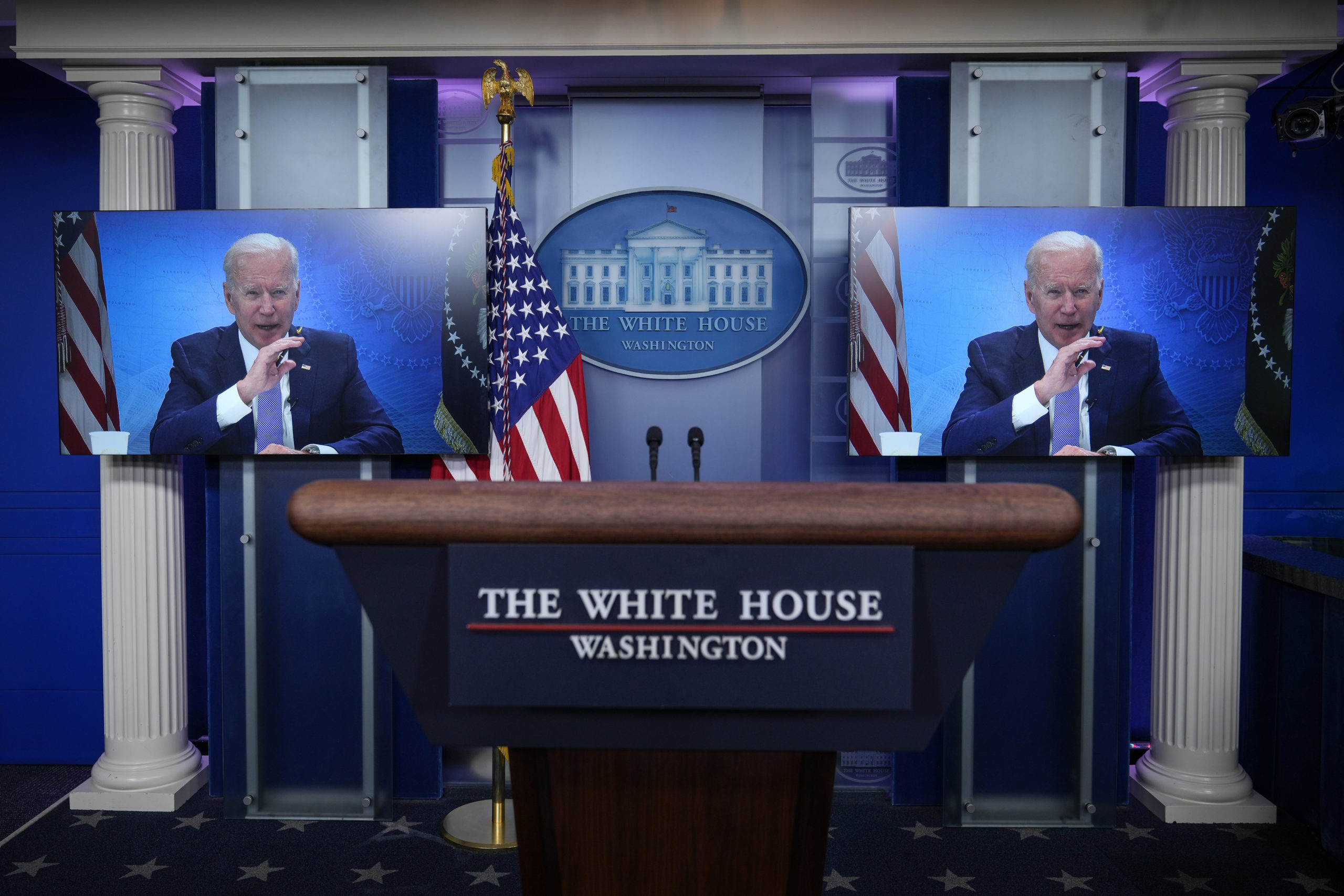 President Joe Biden is displayed on a monitor at the White House on Tuesday. (Drew Angerer/Getty Images)

Republican-majority states, including Alabama, Montana and South Carolina, promised to soon withdraw from the federal unemployment program, which they argued incentivized people not to look for jobs. Alabama Gov. Kay Ivey said the $300 weekly benefit was “contributing to a labor shortage.”

Job vacancies hit a record 8.1 million at the end of March, according to a Labor Department report released Tuesday. (RELATED: Consumer Prices Have Skyrocketed In Recent Months. Experts Say It’s Just The Beginning)

Several cabinet officials including Transportation Secretary Pete Buttigieg and Labor Secretary Marty Walsh participated in a video posted by the White House Friday in which they said the jobs report proved the country was headed in “the right direction,” but that additional spending was required to ensure a full recovery. 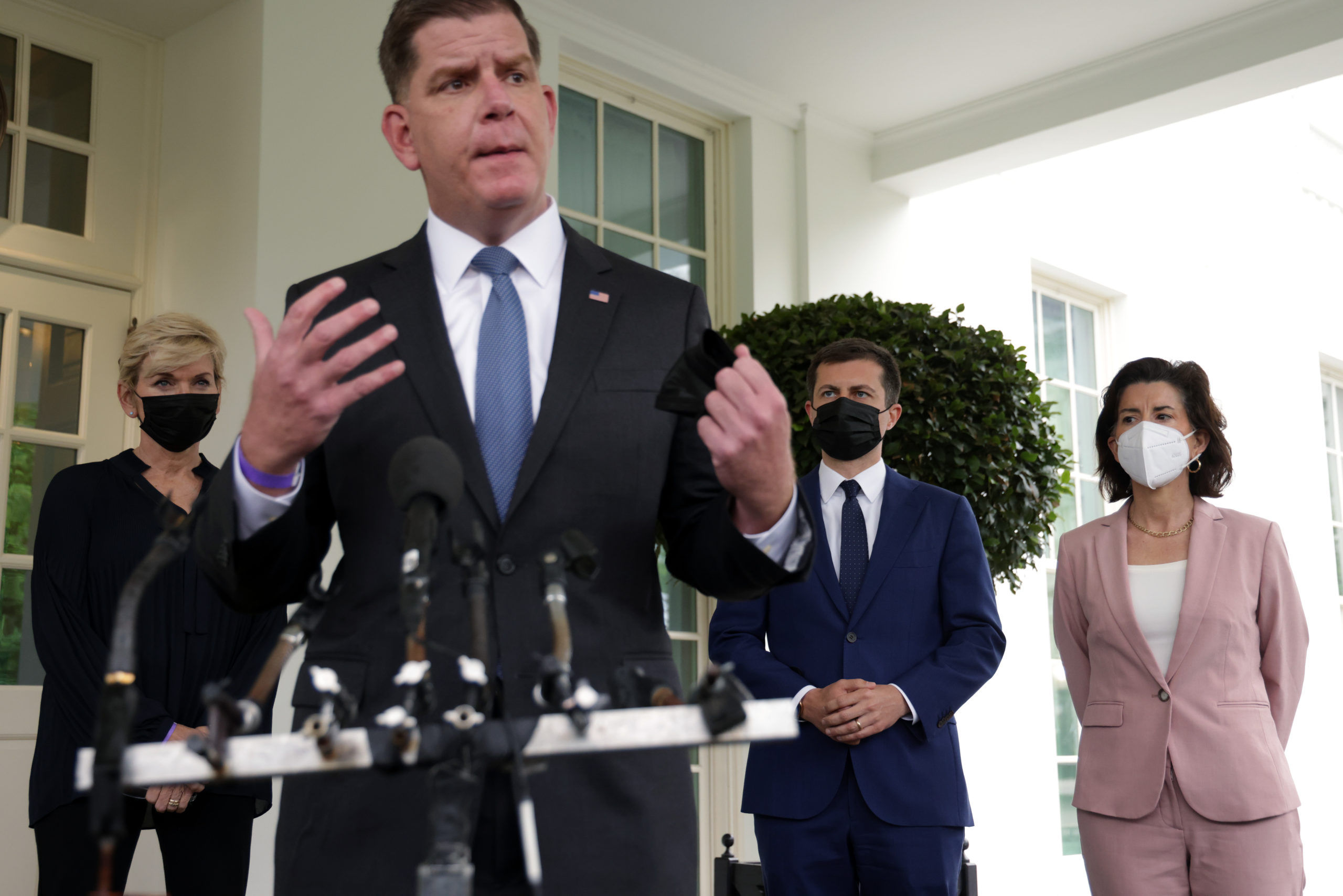 Labor Secretary Marty Walsh speaks to members of the press while other members of President Joe Biden’s jobs task force listen on May 7. (Alex Wong/Getty Images)

“The disappointing April jobs report highlights the urgent need to pass President Biden’s American Jobs and Families Plans,” Democratic House Speaker Nancy Pelosi said in a statement on Friday. “We need to take bold action to Build Back Better from this crisis by investing in our nation, our workers and our families.”

“What we’ve seen during this pandemic is that a universal approach to school meals works,” Sanders said in a statement. “We cannot go backwards. I am proud to introduce this legislation alongside my colleagues to ensure no student goes hungry again.” 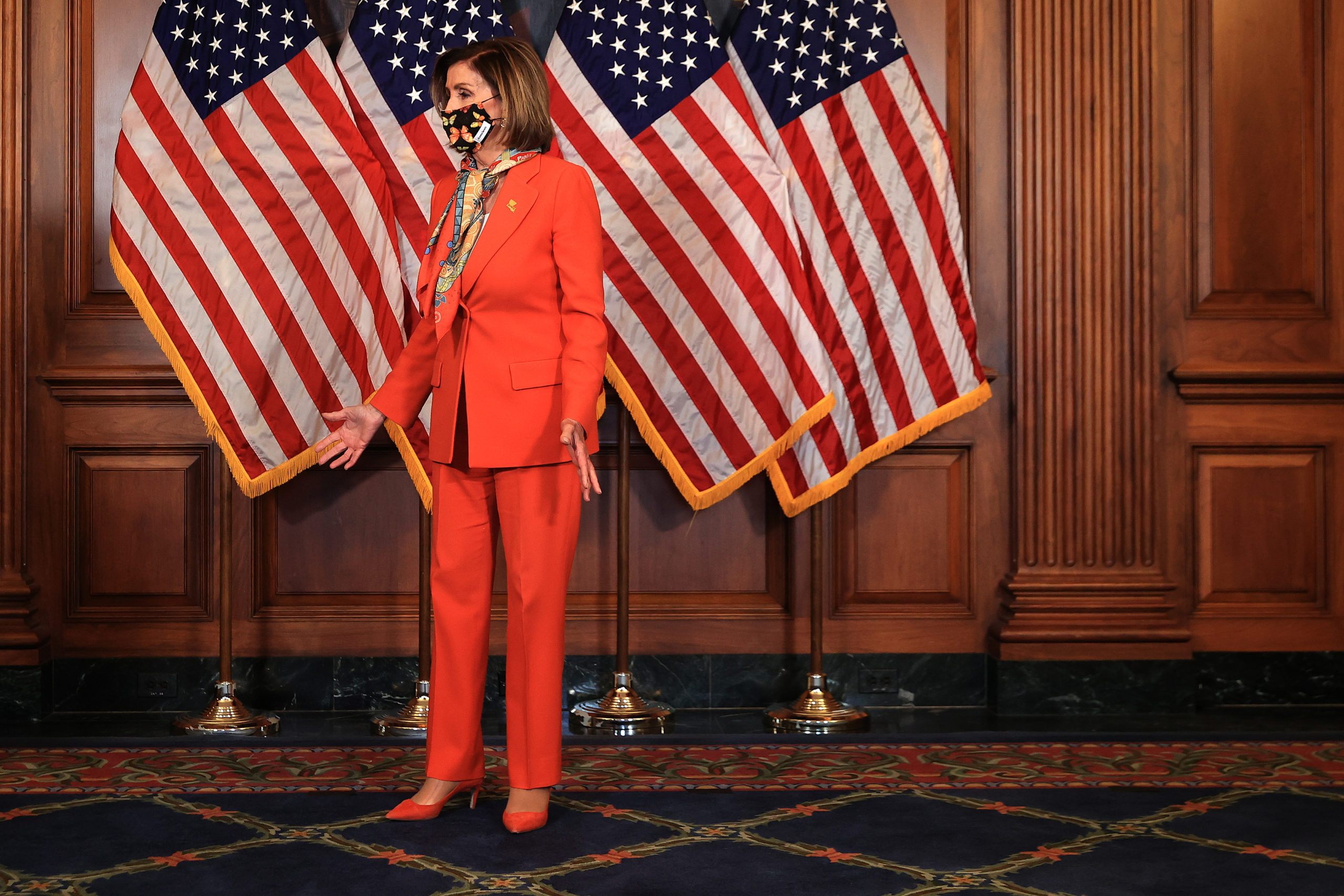 Democratic Sen. Elizabeth Warren said the government should go even farther than the trillion-dollar proposals laid out by the White House in an interview with CNN Monday. (RELATED: Biden’s Families Plan Would Cause Negative Economic Growth, Analysis Shows)

“I think the president’s budget, quite frankly, doesn’t go quite far enough,” she said.

Meanwhile, the price of several commodities has risen rapidly as the inflation rate has increased. Lumber, gasoline, steel, copper, computer chips, homes and home appliances have all increased in price.

“The 100% cause of inflation is the government,” Peter Schiff, the chief economist and global strategist of Euro Pacific Capital, told the Daily Caller News Foundation in an interview last week. “It’s when the government spends money that it doesn’t collect in taxes and then the Federal Reserve monetizes the resulting deficits by printing money.”