Israel launched retaliatory airstrikes against the militant groups Hamas and Islamic Jihad early Tuesday, reportedly killing militants and children in the Gaza Strip, hours after Hamas and other militant groups fired hundreds of rockets toward Israel.

At least 32 people in Gaza are believed to have been killed since Monday evening when the two sides began to exchange fire, The Associated Press (AP) reported. Israel’s military, which hit a pair of apartment buildings believed to be housing militants, said at least 16 of the dead were militants.

Gaza Health Ministry spokesman Ashraf al-Kidra said 10 children and a woman were killed by Israeli airstrikes, and an additional 122 people were injured, the AP reported. Islamic Jihad confirmed the airstrikes killed three of their commanders. 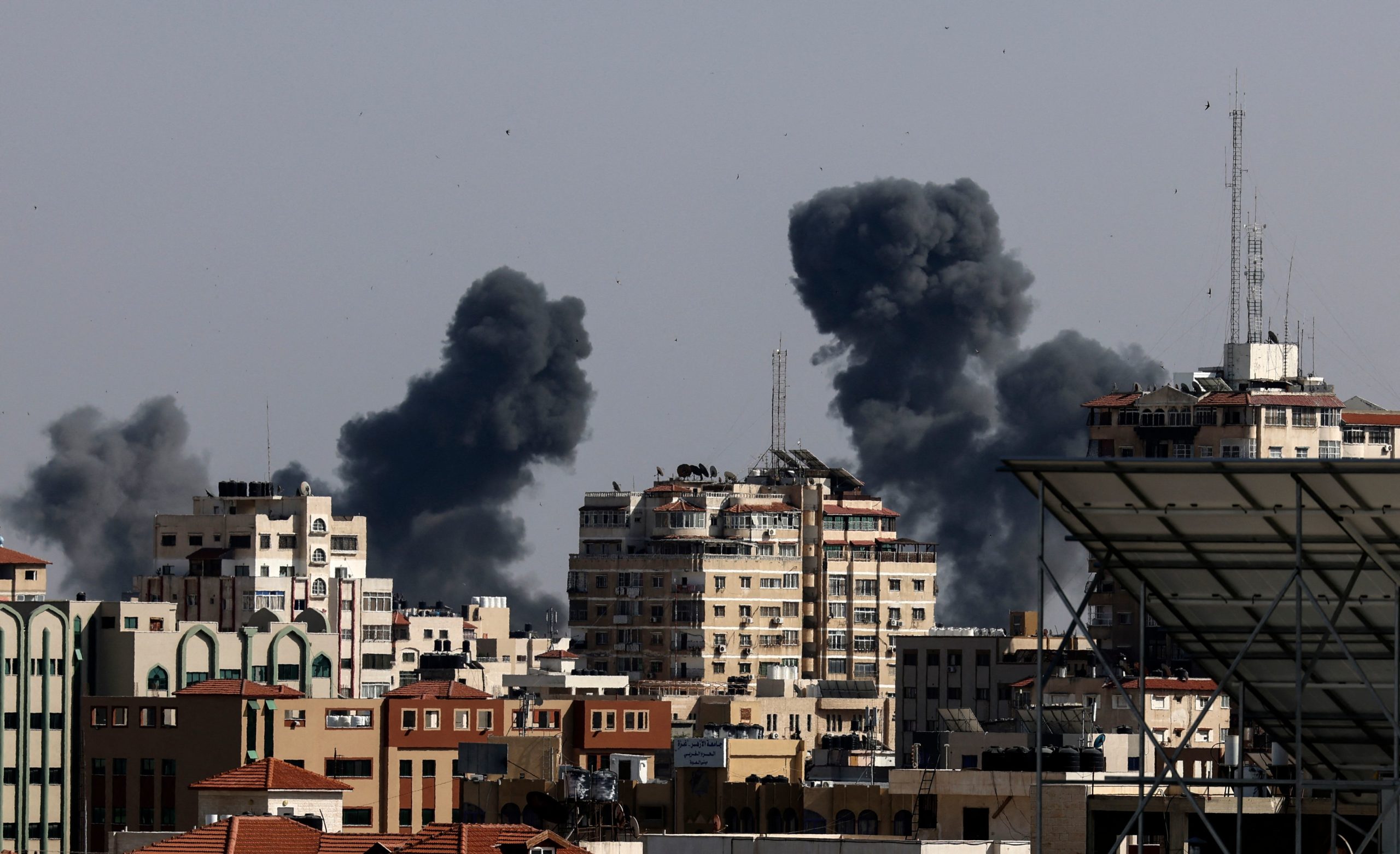 Smoke billows from Israeli airstrikes in the Gaza Strip, controlled by the Palestinian Islamist movement Hamas, on May 11, 2021 (Mahmud Hams/AFP via Getty Images)

Hamas and the Islamic Jihad militant group fired at least 250 rockets Monday evening from Gaza into Israel. Two Israeli women were killed by rockets that hit their homes in the city of Ashkelon, and at least 10 other Israelis were injured during the attack, The AP reported.

The barrage of rockets and airstrikes was preceded by clashes between Palestinians and Israeli security forces over the weekend at Al-Aqsa mosque in Jerusalem, considered a holy site for both Jews and Muslims. A major source of tension between the two groups has been a decades-long battle surrounding the legal ownership of the Sheikh Jarrah apartments in East Jerusalem. (RELATED: Ilhan Omar Says Israel Defending Itself From Hamas Is Terrorism)

Israeli Prime Minister Benjamin Netanyahu pledged Tuesday to “increase both the strength and rate of the strikes” against Hamas and Islamic Jihad, The AP reported. Netanyahu also said Hamas will “receive blows now that it didn’t expect.” 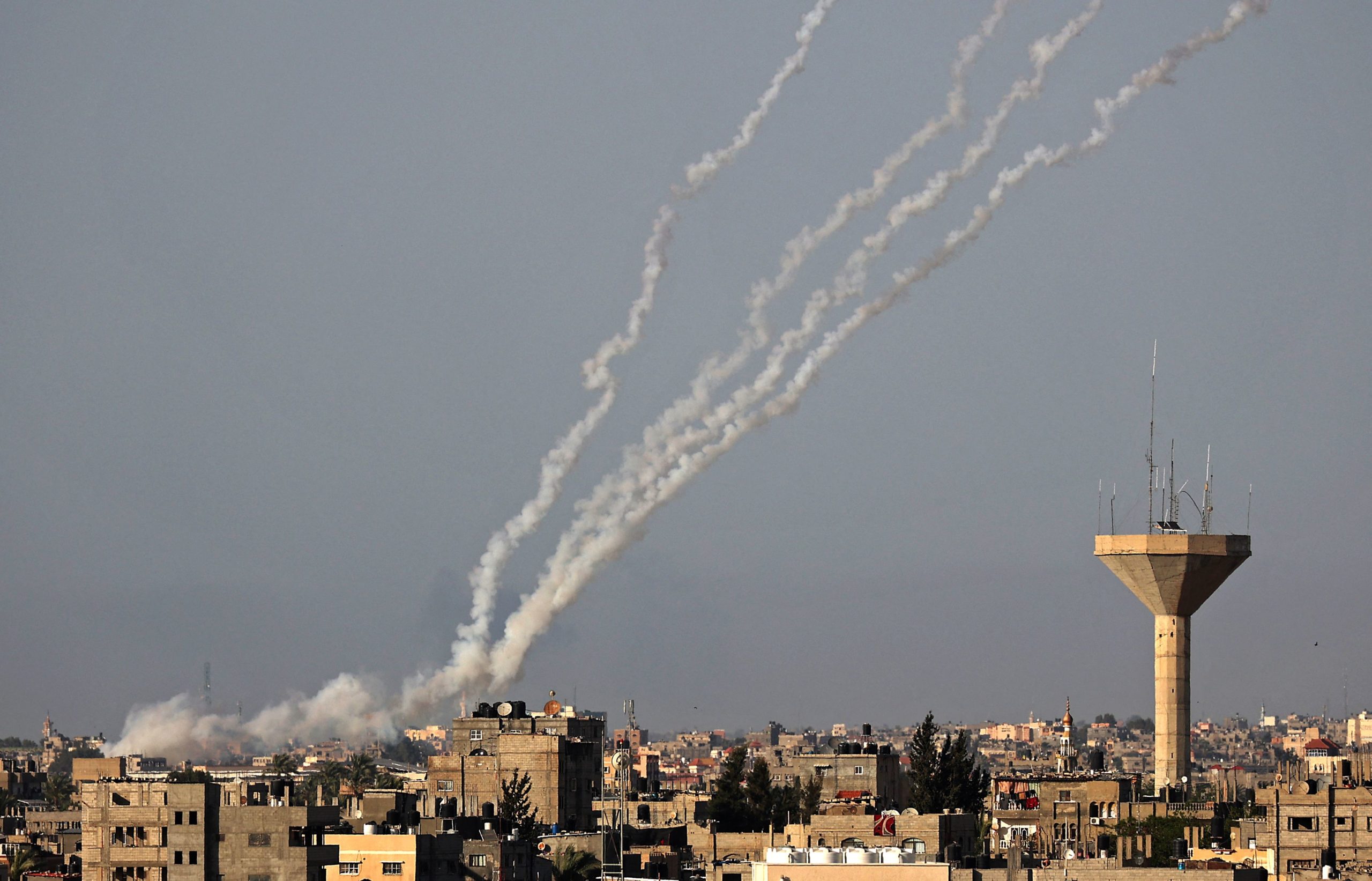 Rockets are launched towards Israel from Rafah, in the south of the Gaza Strip, controlled by the Palestinian Hamas movement, on May 11, 2021. (Said Khatib/AFP via Getty Images)

Israeli military spokesman Lt. Col. Jonathan Conricus said one-third of the rockets militants fired toward Israel fell short and landed in Gaza instead. Seven of the civilian deaths in Gaza were members of a single family, including three children, who died in an explosion that may have been caused by a misguided rocket.

Israel and Hamas have clashed numerous times since the militant group took control of Gaza in 2007. Hamas previously launched hundreds of rockets into Israel during a 2014 exchange, to which Israel responded by hitting homes and buildings.