Nearly 21,000 unaccompanied migrant minors were in the custody of the Department of Health and Human Services (HHS) Sunday, according to the agency. Five of those shelters house more than 1,000 migrant children and one facility at Fort Bliss in El Paso, Texas, reported over 4,500 minors in custody on Monday, the AP reported.

“The children are coming out sick, with COVID, infested with lice, and it will not surprise me to see children dying as a consequence, as we saw during the Trump years,” child psychiatrist and Executive Director of the nonprofit Every. Last. One. Amy Cohen told the AP. “The Biden administration is feverishly putting up these pop-up detention facilities, many of which have no experience working with children.” 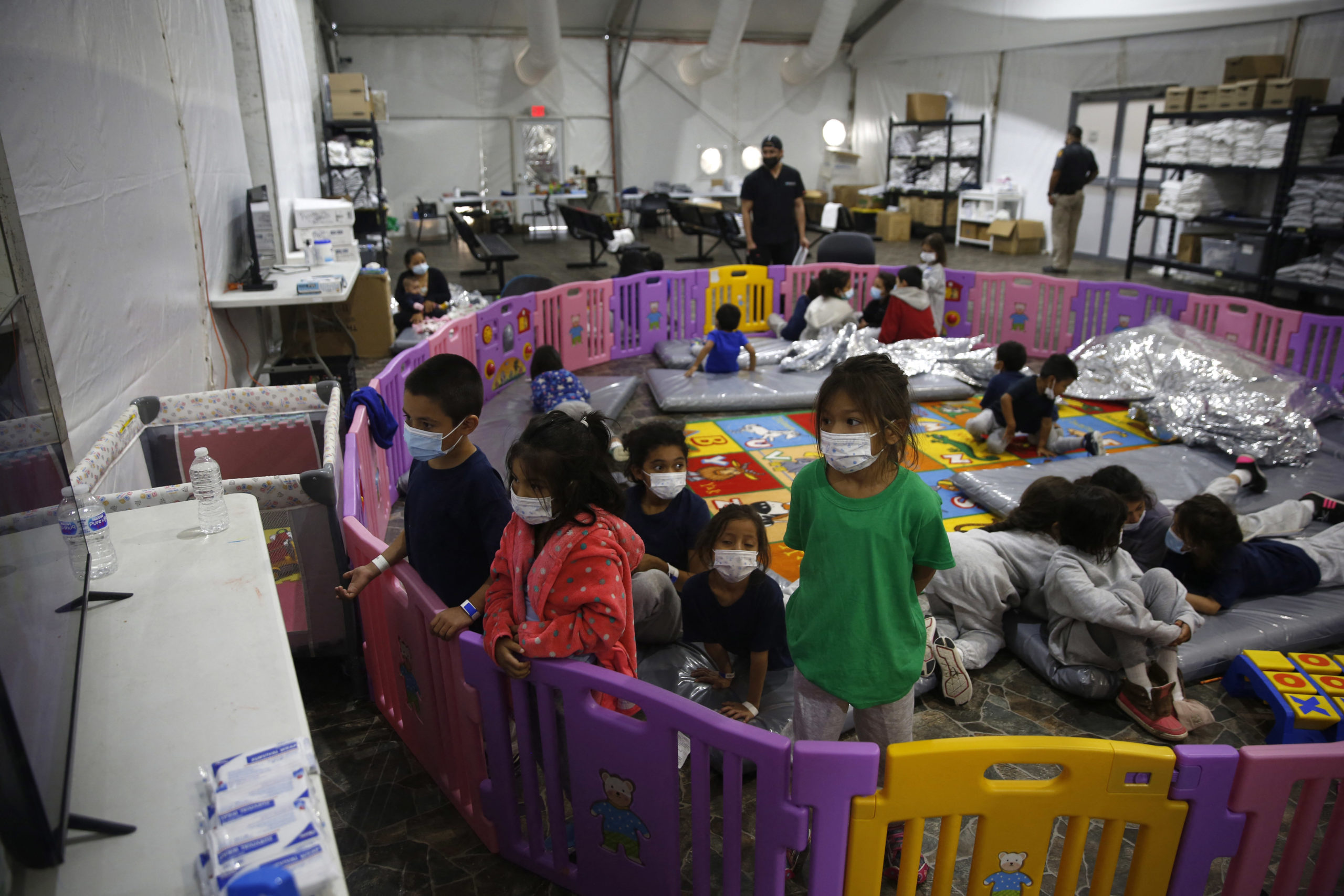 HHS employees and contractors are reportedly working to ensure the safety and good health of migrant children in the agency’s custody, spokesman Mark Weber told the AP. Migrant children spend, on average, a little less than a month in federal custody, down from an average of four months last fall, according to HHS.

The Biden administration opened several unlicensed temporary facilities called Emergency Intake Sites that don’t have to meet state regulations or the same levels of oversight, according to the AP. Some contracted employees were fired from Emergency Intake Sites after reports of abuse, an official who was not authorized to speak on the matter told the AP.

The temporary facilities are usually set up in convention centers, stadiums or military sites where children aren’t guaranteed legal counsel, recreation or education, the AP reported. Sometimes parents are unable to locate their children who are supposed to be in custody at these facilities, attorneys said.

“I was so upset because I kept calling and calling and no one would tell me any information about where she was,” José, a father trying to reunite with his 8-year-old daughter who was apprehended told the AP. He asked to be identified by his first name only to not risk his immigration case, and his daughter was released from a facility in Brownsville, Texas, after nearly three weeks in custody, the AP reported.

The Biden administration has restricted media access to migrant processing facilities reportedly because of COVID-19 concerns, according to the AP. HHS officials declined to say whether legally enforceable standards of care exist at the emergency intake sites. (RELATED: Biden Admin Won’t Expel Migrant Minors Despite Running Out Of Places To Hold Them)

Some contractors responsible for operating the temporary facilities are facing lawsuits alleging sexual and physical abuse within the shelters under the Trump administration while others have little experience working with children, the AP reported.