The consumer price index has jumped 4.2% over the last 12 months, the fastest pace of inflation since 2008, according to a Department of Labor report.

The consumer price index (CPI) increased 0.8% between March and April, according to the Labor Department report released Wednesday morning. Economists projected that the CPI increased by 0.2% last month and 3.6% over the 12-month period ending in April, according to The Wall Street Journal.

“I think a lot of us are expecting a pretty significant increase of spending on services in the next couple months and that’s where a lot of the pressure on CPI is going to come from,” Richard Moody, chief economist at Regions Financial Corp, told the WSJ prior to the report.

“It’s a question of how long that burst in spending persists,” Moody said. “And the longer it persists, the more latitude producers have to raise prices.” (RELATED: Consumer Prices Have Skyrocketed In Recent Months. Experts Say It’s Just The Beginning) 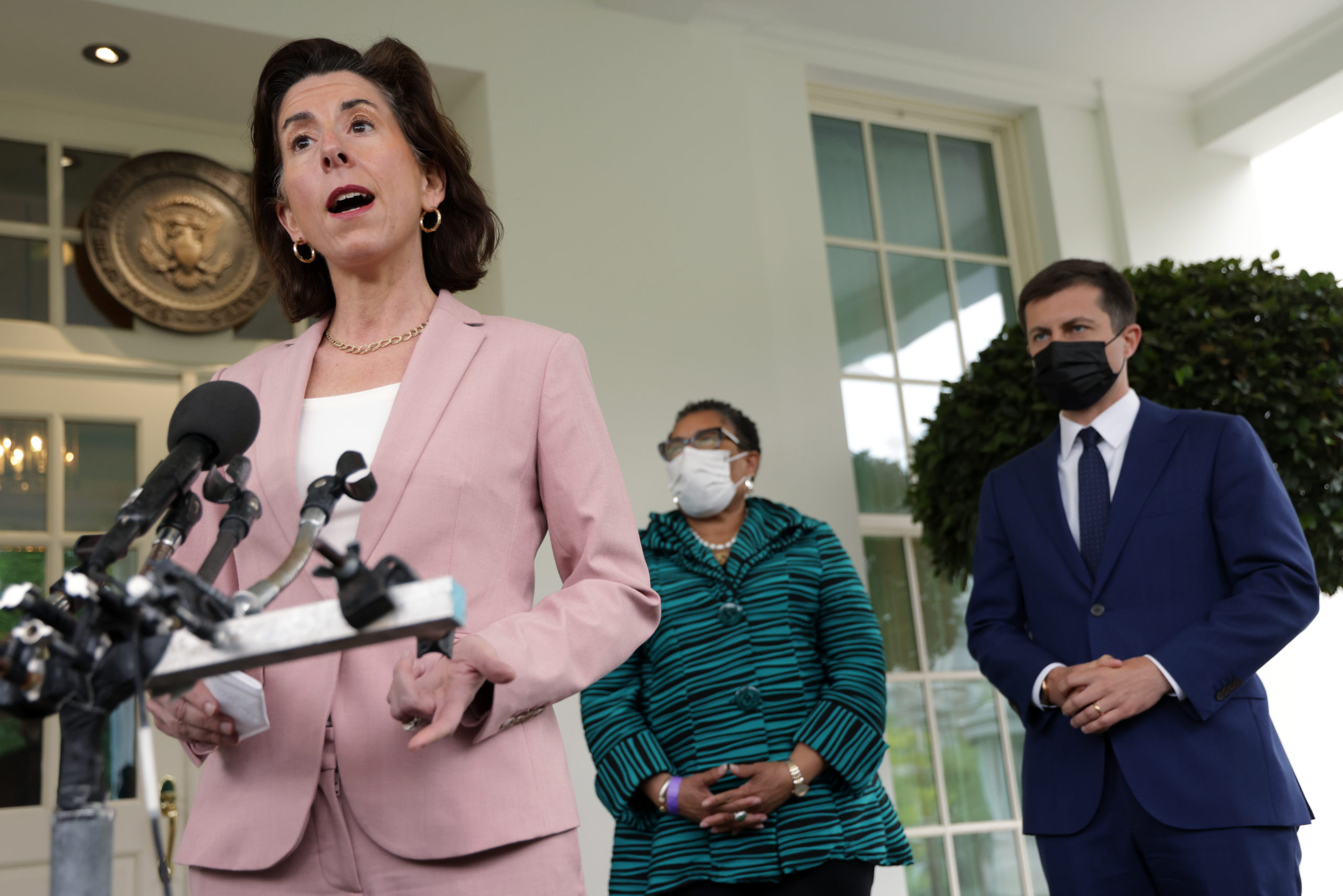 Commerce Secretary Gina Raimondo and other members of the White House jobs task force speak to reporters on May 7. (Alex Wong/Getty Images)

The U.S. economy added just 266,000 jobs last month after economists predicted it would add a million, according to a report released Friday. The Chamber of Commerce and other business groups blamed the meager report on continued weekly $300 unemployment benefit bonus payments included in the $1.9 trillion American Rescue Plan.

Democrats, though, have proposed numerous new spending packages and welfare programs in the wake of the negative economic progress.

President Joe Biden has proposed infrastructure and families plans that would each cost taxpayers about $2 trillion. The White House said the plans would result in millions of new jobs and a larger safety net for lower income Americans.

“[The American Rescue Plan] got us back to where we were. But that’s not nearly enough,” Biden said during remarks responding to the April jobs report Friday. “We have to build back better.”

“That’s why we need the American Jobs Plan I proposed: to put us in a position where we can build back better, to reclaim our position as the leading and most innovative nation in the world, and win the future — the 21st century,” he continued.

However, business groups have criticized Biden’s infrastructure plan, which they argued would create barriers to new job creation since it proposes a corporate tax hike. The families plan is also expected to be $700 billion more expensive than Biden promised and cause negative economic growth, according to an economic analysis released last week.