The Israel Defense Forces (IDF) targeted and killed leaders of the Qassam Brigades, which is Hamas’ military division, throughout Tuesday night into Wednesday morning, according the Times. The IDF reported that it assassinated a total of 16 militants on Wednesday, Reuters reported.

Bassem Issa, Hamas’ brigade commander for Gaza City, was among those that were killed, Israel said, according to The Associated Press. Issa was the highest-ranking Hamas military leader that Israel has killed in about seven years.

Hamas confirmed the commander’s death and said “thousands of leaders and soldiers will follow” in his footsteps, the AP reported.

Israel Defense Minister Benny Gantz hinted that military actions would continue for some time on Wednesday, according to the Times. The IDF “will continue to strike and will bring complete quiet for the long term,” Gantz said. (RELATED: Watch The Moment Israel’s Iron Dome Intercepts A Barrage Of Rockets Over A Major City)

Hamas, the Islamist group that controls Palestinian territories, has been firing hundreds of rockets toward Israeli cities populated by civilians over the last several days. 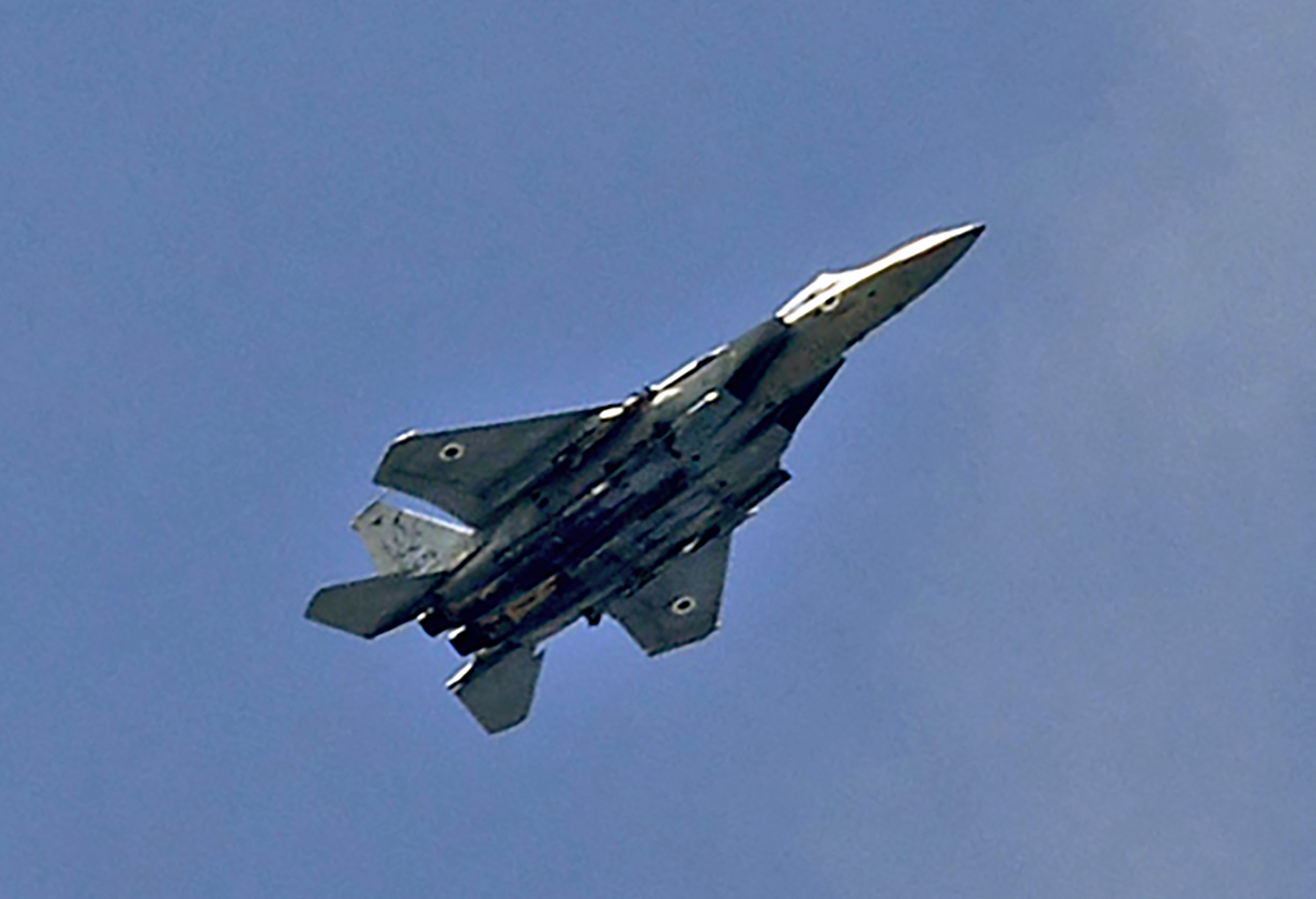 An Israeli army F-15 figher jet flies above the southern city of Ashkelon, Israel after conducting an airstrike on the Gaza Strip on Wednesday. (Jack Guez/AFP via Getty Images)

“Hamas and Islamic Jihad have paid, and will pay, a very heavy price for their aggression,” Prime Minister Benjamin Netanyahu said in video remarks late Tuesday, according to the Times. “This campaign will take time.”

Most of the rockets that Hamas fired into Israel have been shot down by the Iron Dome, Israel’s rocket defense system. In response to Hamas’ aggression, Israel’s military has targeted Palestinian commanders hiding among the civilian population.

More than 30 Palestinians, including 10 children, were killed in retaliatory strikes conducted by the IDF on Tuesday, according to the Gaza Health Ministry.

The conflict started earlier this week after Palestinians living in Israel and in areas near the border began violently protesting over the Israeli government’s alleged mistreatment of Arab communities, the Times reported. The protesters argue that they have been discriminated against.

UPDATE May 13, 2021: This story has been updated to reflect the identity of the Hamas leader killed in the airstrikes.