Michigan Republican state Rep. Matt Maddock introduced a bill that would require “fact checkers” to register with the state and would fine them $1,000 per day if they fail to do so.

Maddock, whose wife, Meshawn Maddock, is the co-chair of Michigan’s Republican Party, introduced the Fact Checker Registration Act with eight other Republicans on Tuesday. The bill defines a fact checker as anybody who publishes online or in print within the state, is paid by a fact-checking organization and is a member of the International Fact Check Network.

“Social media companies deplatform people, politicians, and businesses on the basis of ‘fact checkers’ who relish their roles punishing those they deem ‘false,’” Maddock wrote in a Facebook post last week. “My legislation will put Fact Checkers on notice: don’t be wrong, don’t be sloppy and you better be right.”

Under Maddock’s bill, fact checkers who register with the state would have to insure themselves with $1 million fidelity bonds, and would allow anybody to sue a fact checker over “any wrongful conduct that is a violation of the laws of this state.” (RELATED: Michigan Republican Introduces Effort To Impeach Gov. Whitmer Over Coronavirus Restrictions) 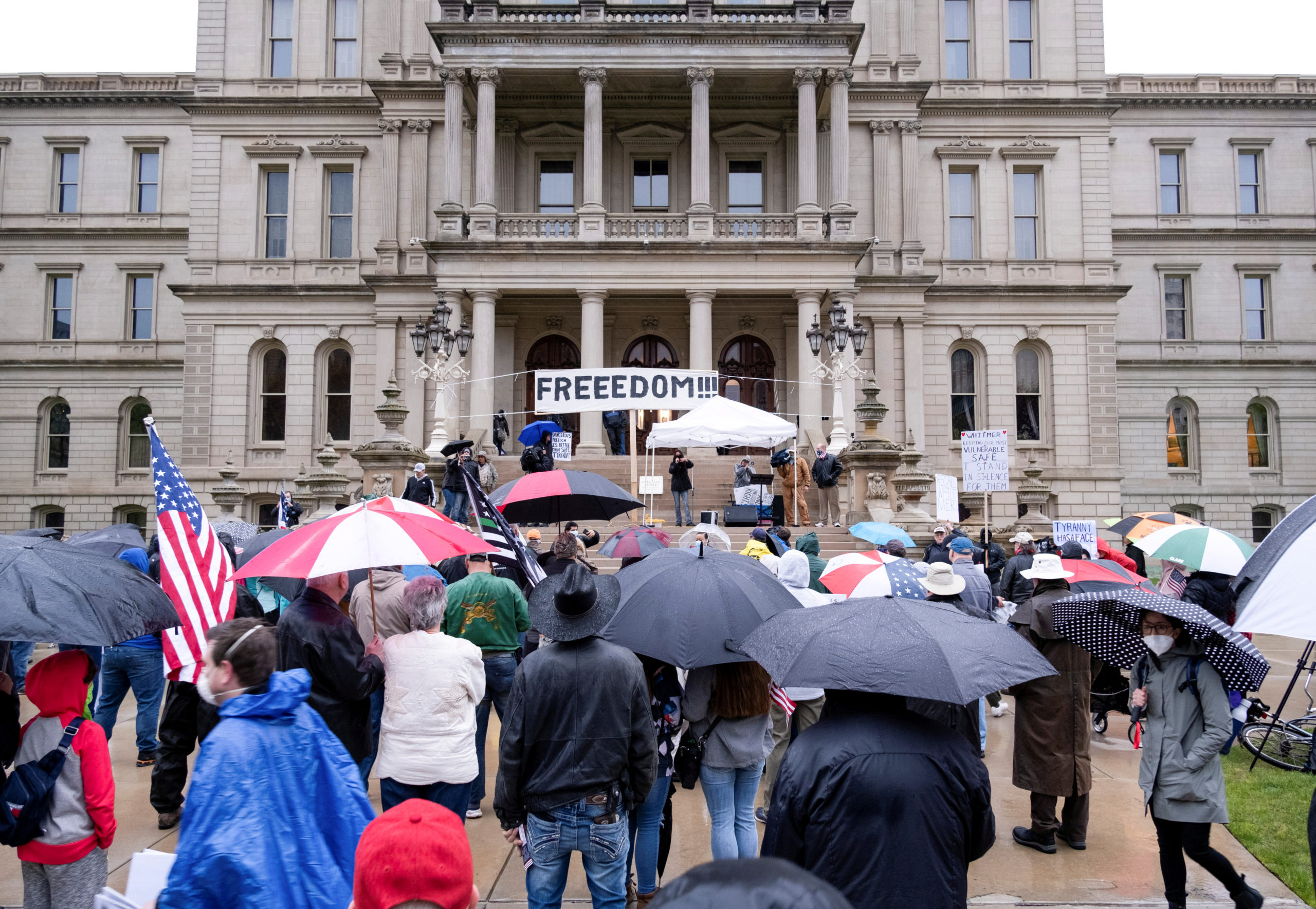 People gather to protest against Governor Gretchen Whitmer’s extended stay-at-home orders intended to slow the spread of the coronavirus at the Capitol building in Lansing, Michigan. REUTERS/Seth Herald

Critics were quick to speak out against the bill.

“This is an affront to the First Amendment,” state Rep. Jeremy Moss told The Detroit News.

Maddock and his wife have been flagged by several Michigan media outlets who have pushed back against many of their public claims.

The couple both attended the “Stop the Steal” rally on Jan. 6 and spoke to a crowd gathered near the Capitol before later condemning the violence that occurred, and according to the Detroit Free Press, were part of a Facebook group where members were weighing the possibility of civil war. (RELATED: Fact Checks Call Out Biden’s Anti-Gun Statements)

Maddock’s bill is not the first public stance he has taken against fact checkers. Before his post last week, he accused fact checkers of “only body checking conservatives” in a Facebook post where he wore a shirt reading “Goolag” in the same style as Google’s logo.