This most recent cyber hack affected Colonial Pipeline, which is responsible for delivering almost half of the East Coast’s fuel. The ransomware attack forced the company to shut down all pipeline operations for days, resulting in fuel shortages in multiple states.

“This Executive Order makes a significant contribution toward modernizing cybersecurity defenses by protecting federal networks, improving information-sharing between the U.S. government and the private sector on cyber issues, and strengthening the United States’ ability to respond to incidents when they occur,” the White House announced in a press release. “It is the first of many ambitious steps the Administration is taking to modernize national cyber defenses.”

Biden’s executive order in part establishes a cybersecurity safety review board, requires that IT service providers share certain information about breaches and improves cybersecurity standards for the federal government. 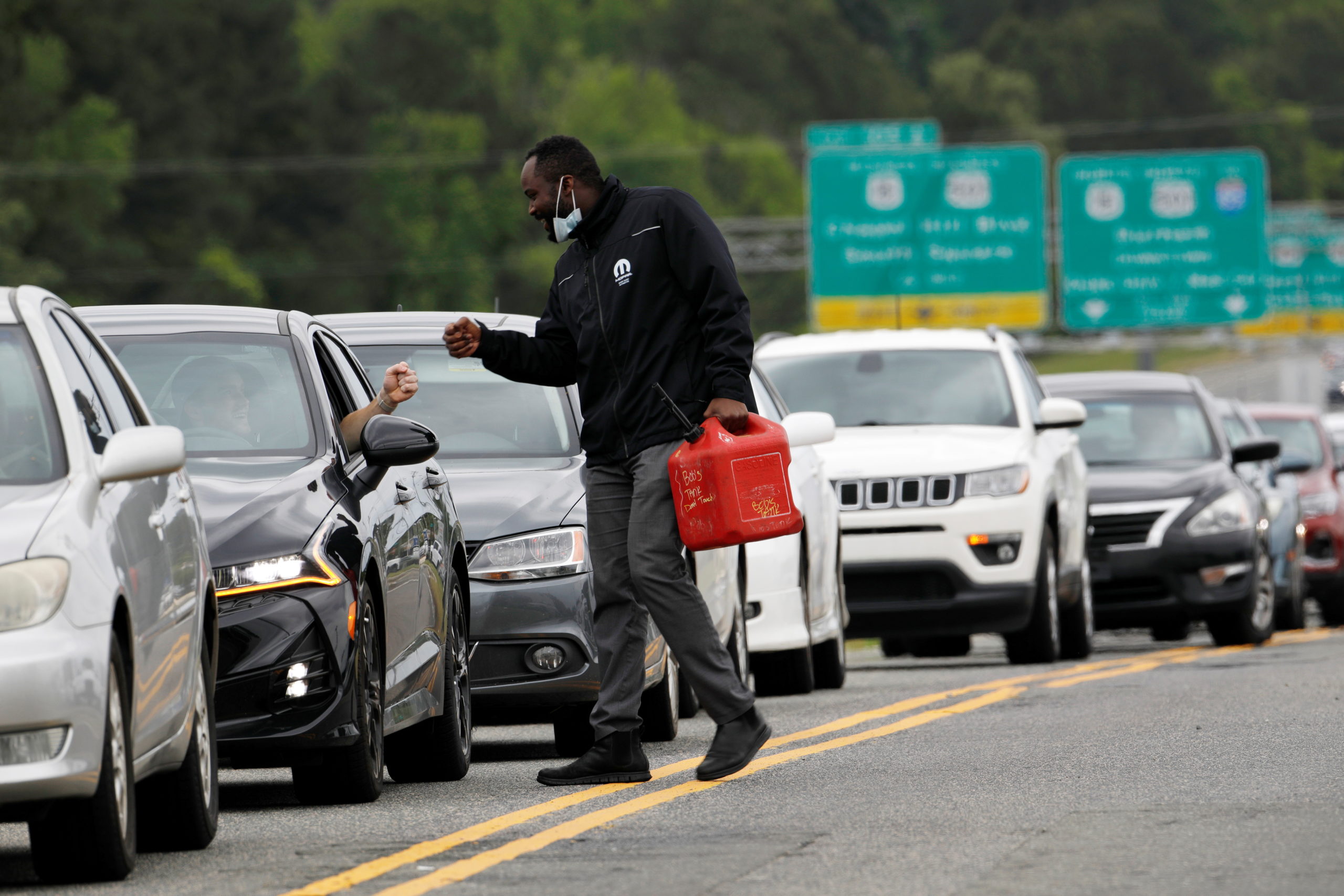 A friend carrying a gas container is greeted by a motorist waiting in a lengthy line to enter a gasoline station during a surge in the demand for fuel following the cyberattack that crippled the Colonial Pipeline, in Durham, North Carolina, U.S. May 12, 2021. (REUTERS/Jonathan Drake)

In particular, this order aims to move the federal government over to “secure cloud services and a zero-trust architecture,” according to the press release.

A senior White House official told CBS News that the move “protects federal networks” and noted the administration was “confronted by the hard truth” about some of its lackluster cyber security prevention efforts. (RELATED: Biden White House Is ‘Monitoring’ Fuel Shortages From Colonial Pipeline Cyber Attack)

“This executive order protects federal networks. Following the SolarWinds incident response, we were confronted by the hard truth that some of the most basic cyber security prevention and response measures were not systemically rolled out across federal agencies,” the senior White House official said according to CBS News. “So we identified a small set of high impact cyber defenses that when implemented, make it harder for an adversary to compromise and operate on a hacked network.”