In certain ways, it must be fun to be a left-winger. Pushing for any policy that seems socially just without the constraint of how it actually works out for people (i.e., ignoring the horrors left behind in socialism’s wake throughout history) makes things a whole lot easier. Sounds fun, too. Just going with your heart and hoping for the best must be liberating. But the most fun leftists have must be when they sit around to talk about some of the dumb ways conservatives talk.

Language is, of course, crucial in a political debate. The left understands this better than the right. The left is also aided by the media, which will always use the left’s preferred phrasing. To use one prominent example, if the left likes to use the word “pro-choice” and the right prefers “pro-abortion,” the press will go with “pro-choice.” On the other side of the debate, if those on the right prefer to be called “pro-life” but the left defines them as “anti-abortion,” the press will again defer to left-wing terminology and refer to those on the pro-life side as “anti-abortion,” even though that’s not the term they use to describe themselves. (RELATED: Ocasio-Cortez Requests Earmarks For Two Hospitals That Perform Abortions) 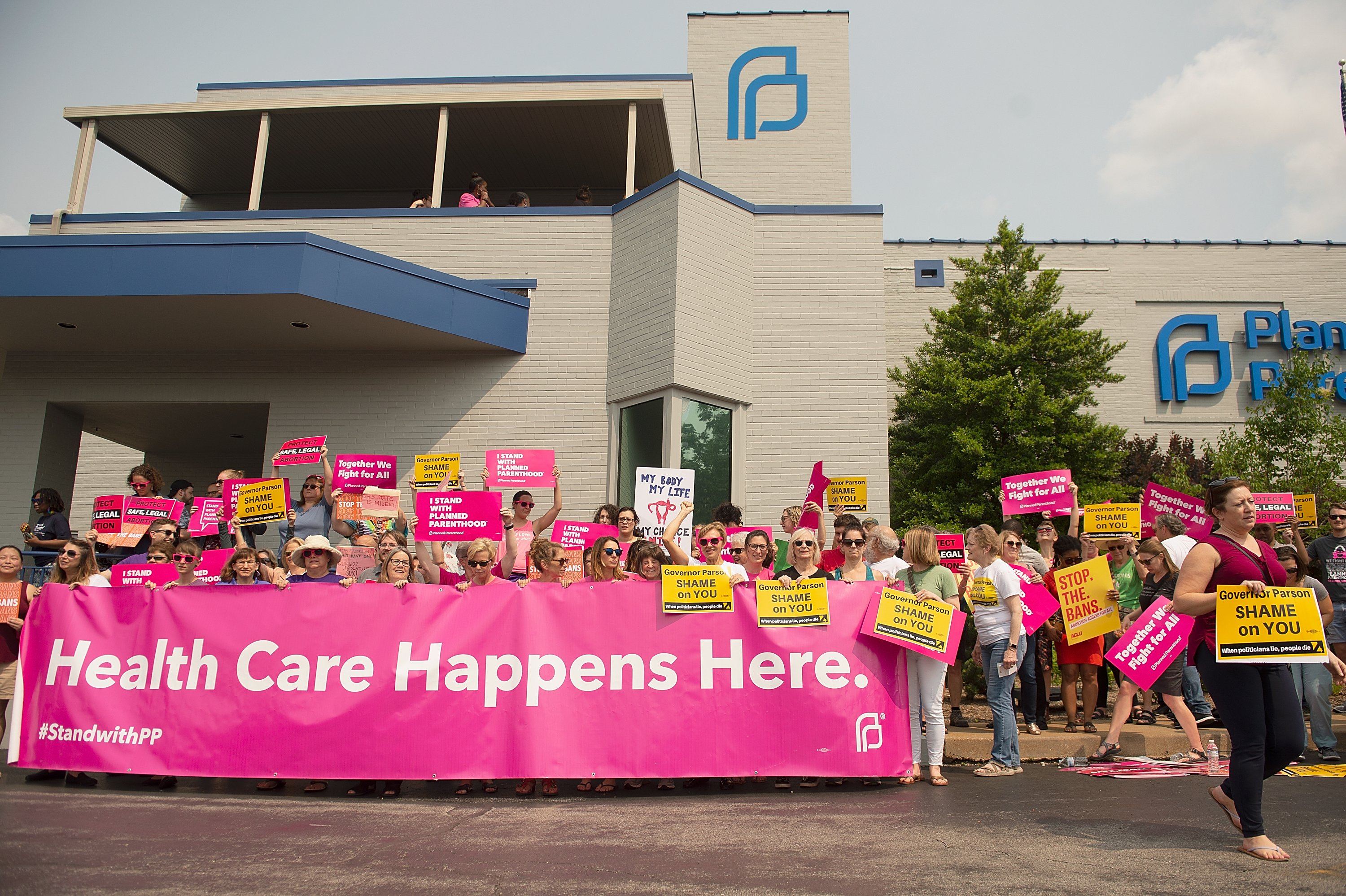 ST LOUIS, MO – MAY 31: Pro-Choice supporters, along with Planned Parenthood staff celebrate and rally outside the Planned Parenthood Reproductive Health Services Center on May 31, 2019 in St Louis, Missouri. (Photo by Michael Thomas/Getty Images)

The choice of which loaded terms to use can change the outcome of the entire debate. The left gets this. They focus on it relentlessly, and they — along with help from the media — own the terms of virtually all political debates. One of the best examples is the right’s fixation on using the phrase “mainstream media” to define the liberal press in America. There is, of course, nothing mainstream at all about the prevailing worldviews in many of America’s liberal newsrooms. “Defund the police” isn’t a mainstream sentiment, but it is in most of our country’s newsrooms. Pretending riots are peaceful. Open borders. Pretending child care is infrastructure spending. Pretending that American history is one dominated more than anything by racism. None of these are acceptable mainstream American views, but all are views that dominate in America’s so-called mainstream newsrooms.

In politics, once you have ceded that your opponents are on the mainstream side and you are on the fringe side, you have already lost the debate. Yet conservatives love to talk about the horrors of the so-called mainstream media. I think they mean “mainstream” to be a synonym for “liberal.” Of course, it’s no such thing. I’m not sure where this all started, but it’s hard to think of anything as monumentally dumb, yet even otherwise-bright conservatives do it. Leftists must sit up at night over drinks and laugh at how their opponents ceded them the playing field for no reason.

Another example is the current fashion to use the word “progressive” as a replacement for “left-wing” or “liberal.” The labels “left-wing” and even “liberal” poll really badly. Remember when politicians would call themselves “proud liberals”? George McGovern ran as a “liberal” and got wiped out. It started to become a bad word in politics. George H.W. Bush tagged his opponent Michael Dukakis as a “liberal” and used it as an epithet. Ever since, national politicians have run away from the label. (RELATED: ‘She Speaks For White Liberals’: Black Leaders, Entrepreneurs Slam Stacey Abrams Over Georgia Boycott) 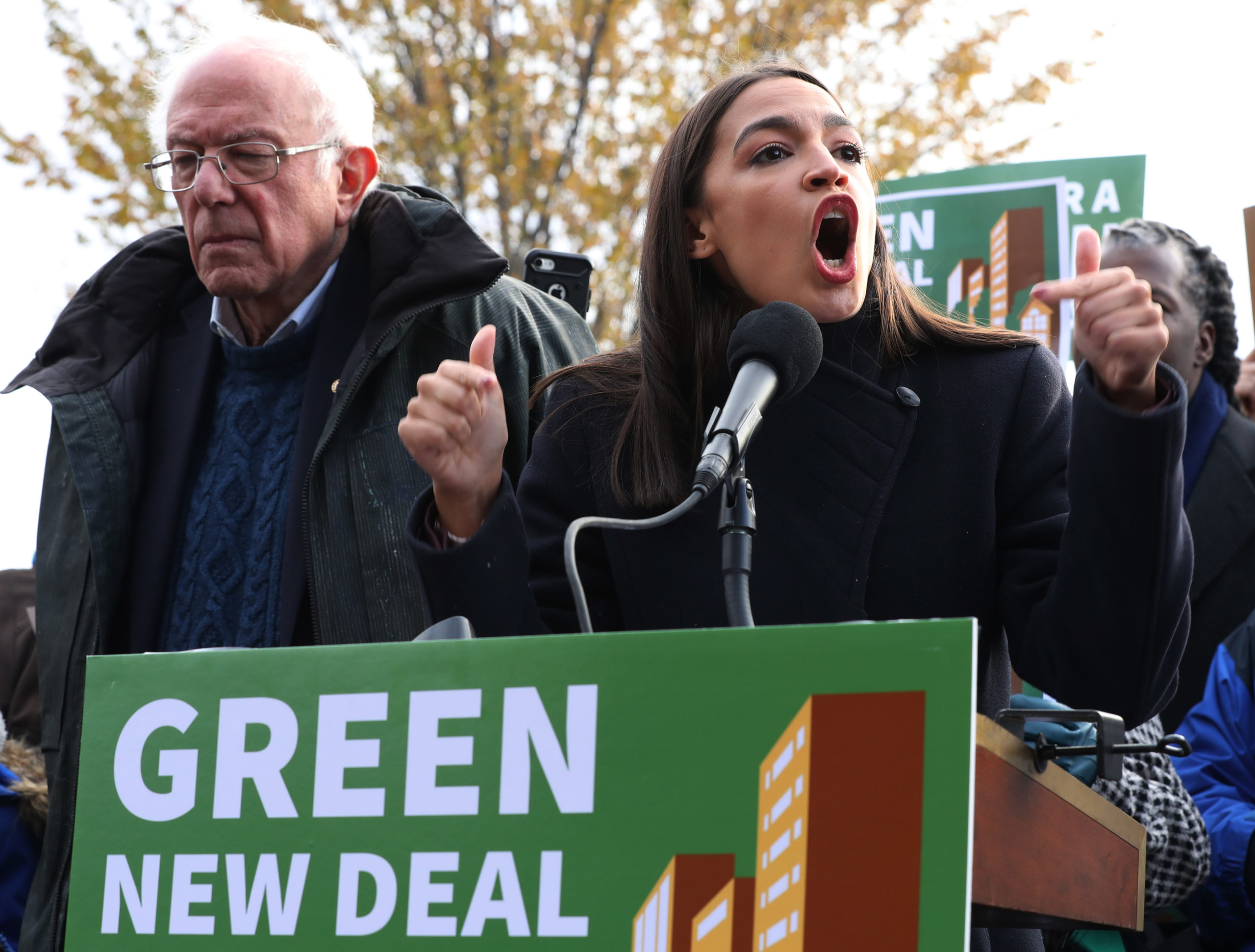 Unlike conservatives, left-wingers understood the importance of language. They understood their branding was all wrong. Liberals were essentially unelectable in national races. So, they changed the brand and started going with “progressive.” And who doesn’t want to be progressive? What’s the opposite? Regressive?

The funniest part about the liberal attempt to rebrand themselves as the “progressives” is who played along without even thinking. Read any conservative publication and you will read tons of references to “progressives.” Nearly all are used purely as synonyms for “liberal” or “left-wing.” The left must love how easy these debates are to win.

The irony is the greatest use of language in our political history originated with Republican political operatives. The estate tax in America hits a very small number of people with a very high tax. The vast majority of estates were well under the statutory threshold, but wealthy Americans and some family-run businesses were hit hard. Republicans tried to fight it for years. They only got traction once a political consultant renamed it “the death tax.” Who’s in favor of death taxes? Nobody. This change in language paved the way for the tax’s repeal. That’s how powerful language is in politics.

When your policies are completely out of whack with what regular Americans favor, being able to label them as “progressive” as opposed to “left-wing” and having that endorsed by the “mainstream” media is a godsend. For some reason, conservatives are only too happy to mindlessly play along.