The underwhelming jobs report in April suggested that an increase in government spending and unemployment benefits is discouraging people from going back to work, but it appears Wall Street wants to keep spending high as a means to drive growth.

The U.S. economy reported an increase of just 266,000 jobs in April and the unemployment rate rose slightly to 6.1%, well below the one million additional jobs projected by the Biden administration and economists. President Joe Biden attempted to put the jobs report “in perspective” during a speech last Friday, stating the numbers indicated “we still have a long way to go.”

Officials disagreed about the extent to which Biden’s increased federal spending and unemployment benefits affected the jobs numbers. Commerce Secretary Gina Raimondo said “there is nothing in the data” to suggest unemployment insurance was to blame, but Minneapolis Federal Reserve President Neel Kashkari argued benefits discouraged people from going back to work.

“There is some truth to the unemployment benefits being a disincentive. That is in the data and anecdotes as we talked to people,” he said,” he told CBS host John Dickerson during a Sunday appearance on “Face the Nation.”

Bank of America economist Joseph Song noted that workers earning less than $32,000 annually would actually earn more money by receiving unemployment insurance, according to Fox Business. He projected that unemployment benefits could cause 2.1 million people to rejoin the labor market slower than expected — or not at all.

“Low-wage workers currently have a disincentive to work due to generous [unemployment insurance] benefits, which may be contributing to the labor supply shortage,” Song told Fox Business.

Biden brushed aside the complaints in a speech Monday, stating he doesn’t “see much evidence” that payments are a “major factor” in the labor market, according to The Wall Street Journal. He instead called for more federal spending and suggested that “people will come back to work if they’re paid a decent wage.” (RELATED: Democrats See Economic Chaos As Opportunity For More Government Spending, Welfare Programs)

Biden signed his $1.9 trillion COVID-19 relief plan into law in March, which included $1,400 direct payments to qualifying Americans and an additional $400 in weekly unemployment benefits. He has since introduced a $2.3 trillion infrastructure plan and a $1.8 trillion families plan. 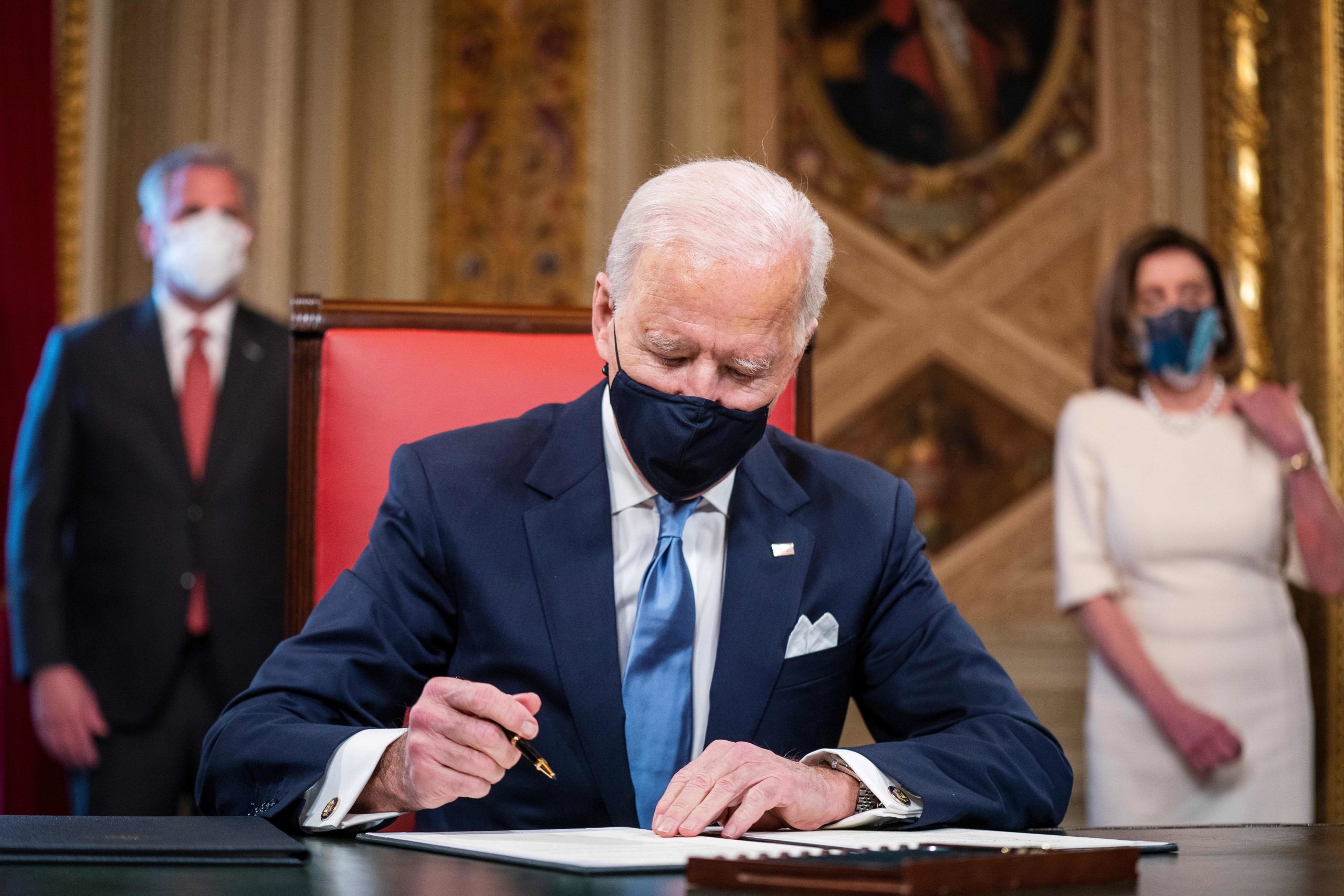 Wall Street, on the other hand, appears to have adjusted to the Democrats’ spending blitz despite the president’s proposed increases to corporate and capital gains tax rates. A large stimulus package was Wall Street’s top priority even before the 2020 election, despite the risk of slowed consumer spending and jobs gains, Politico reported. (RELATED: How Wall Street Took Over Our Economy)

“If the stimulus leads to meaningful job creation and addresses the country’s infrastructure and competitiveness needs, then it could be very positive for the markets,” former Merrill Lynch strategist Richard Bernstein told Politico.

Certain economic theories posit that increased government spending can lead to higher short-term growth by causing an increase in aggregate demand. But rising government spending has been a feature of the U.S. economy for at least five years before Biden even took office.

The national debt increased more than 36% under former President Donald Trump and reached a new record of $28 trillion after he left office, according to Treasury Department data.

Roughly one-half of the $4 trillion in pandemic spending during Trump’s final year in office went to businesses, including $651 billion in tax breaks and $454 billion in market stabilization efforts directed towards Wall Street firms and other major corporations, The Washington Post reported. 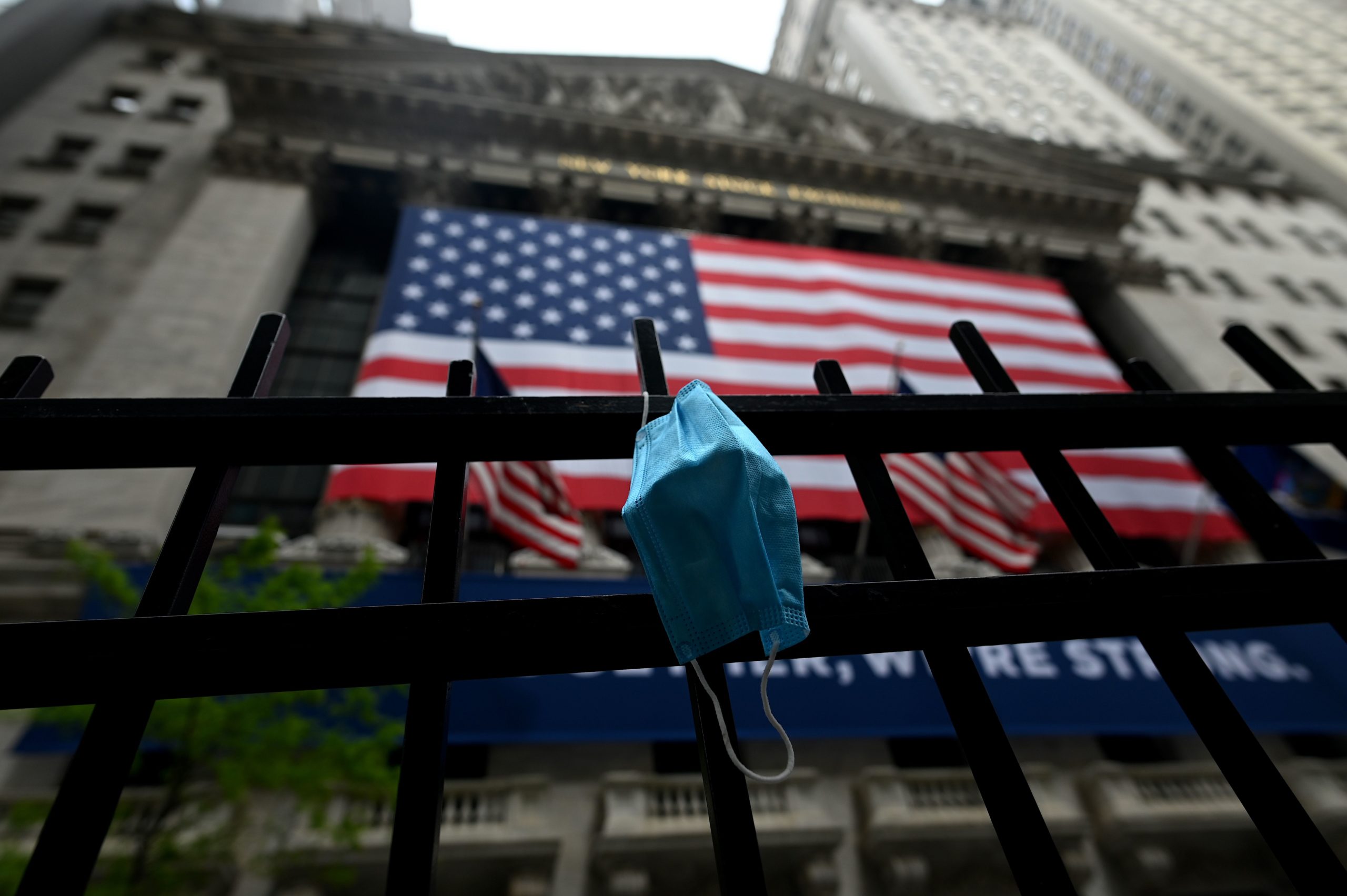 A face mask is seen in front of the New York Stock Exchange on May 26, 2020 on Wall Street (Johannes Eisele/AFP via Getty Images)

Wall Street closed out the year with record gains reported across all three major U.S. equity indexes, according to Reuters. It may be no surprise that Wall Street has become well-adjusted to Biden’s spending spree, despite growing concerns about the labor market and other economic impacts.

Some economists, meanwhile, have criticized Biden’s massive spending proposals as an overkill response to the economic downturn caused by the pandemic and subsequent lockdowns, according to the WSJ.

Rising prices on consumer goods like gasoline and lumber have also led to concerns that the U.S. economy could face rapid inflation in the near future. Experts told the Daily Caller News Foundation that price increases, largely caused by low interest rates and record spending, could lead to inflation levels not seen for decades.