Migrant children are sleeping, eating and using the restroom on buses outside the Kay Bailey Hutchison Convention Center, sometimes for days, according to NBC News.

“This is completely unacceptable,” Health and Human Services (HHS) Secretary Xavier Becerra said, NBC News reported. “We’re quickly investigating this to get to the bottom of what happened, and we’ll work to make sure this never happens again. The safety and well-being of the children is our priority.”

A 15-year-old migrant, Joel, made the journey from Honduras to reunite with his mother and was left on a bus from Saturday until the bus departed on its way to Seattle, Washington, on Wednesday, NBC News reported. His mother, Doris, said an HHS employee told them Joel would arrive Monday despite the bus remaining in Dallas.

Joel called his family and “was crying. He didn’t feel good because he says he has been there for a long time. And I was surprised when he said, ‘We are still here,'” his uncle Elvin told NBC News. Joel spent over 42 days in HHS custody and it’s unclear how many migrants were held on buses for prolonged periods of time. 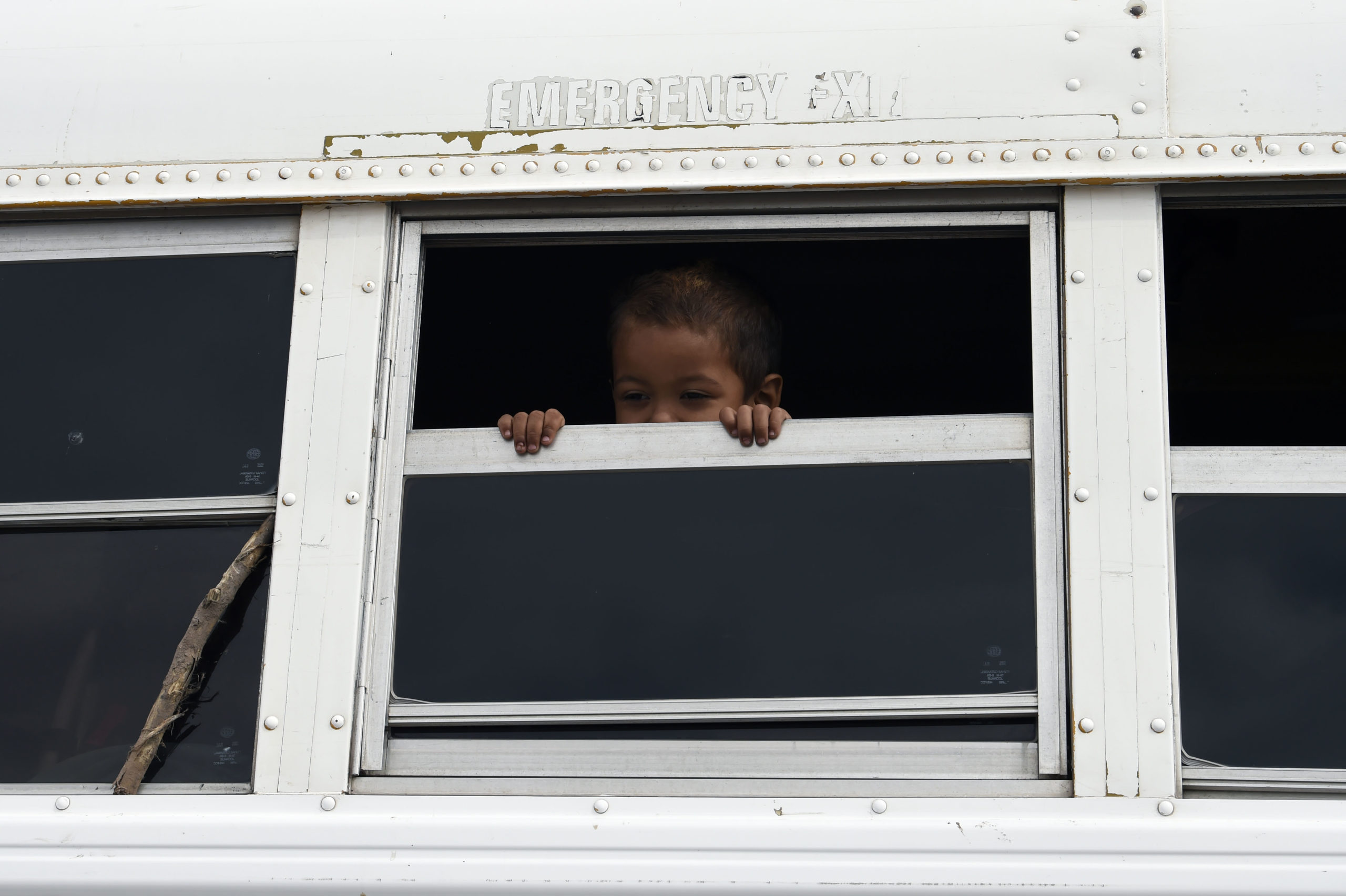 A Central American migrant child moving in a caravan towards the United States, is seen onboard a bus on the road linking Guaymas and Hermosillo, Sonora state, Mexico, on November 14, 2018.  (Photo credit should read ALFREDO ESTRELLA/AFP via Getty Images)

“The reports of children being held in buses outside of the HHS facility in Dallas for extended periods of time are outrageous, unacceptable, and do not meet this administration’s standard for child care,” a White House spokesperson told NBC News. “This incident is being immediately and fully investigated.

“There is no excuse for this kind of treatment of children and we will ensure that those responsible are held accountable,” the spokesperson said.

The federal government contracted with MVM to provide transportation for unaccompanied migrant minors, NBC News reported. The company said it is conducting an internal review of the reported incidents since they violate company policy.

Over 7,100 migrant children have needed transportation in the last seven weeks, MVM said in a statement, NBC News reported. The company aims to only keep children waiting for four hours though delays can increase the wait times. (RELATED: Biden Admin Won’t Say Whether They Track Migrant Kids Released Into US: Report)

The company said migrant children were kept on air-conditioned busses and provided food, snacks, bottled water and PPE, according to NBC News. The kids are supposed to be “in and out” of the buses and only waiting for a bus to fill before departure, an owner of one of the bus companies working with MVM said.

The owner said the busses are cleaned every 12 hours for trash, food items and occasionally overflowing bathrooms, NBC News reported. The buses wait for 24 hours to fill up before heading out, taking migrant children across the country.

Neither HHS or the White House responded to the Daily Caller News Foundation’s request for comment.