Since Monday, the Israel Defense Forces have constantly been working on “Operation Guardian of the Walls” to protect Israeli communities from Hamas missiles that have been rapid-fired into civilian areas across Israel.

According to data from the Israeli missile warning system, Red Alerts – Cumta, Palestinian terror groups have fired more than 1,800 missiles into Israeli territory as of Friday. Palestinian Islamic Jihad and Hamas are designated terror groups by the U.S. State Department. 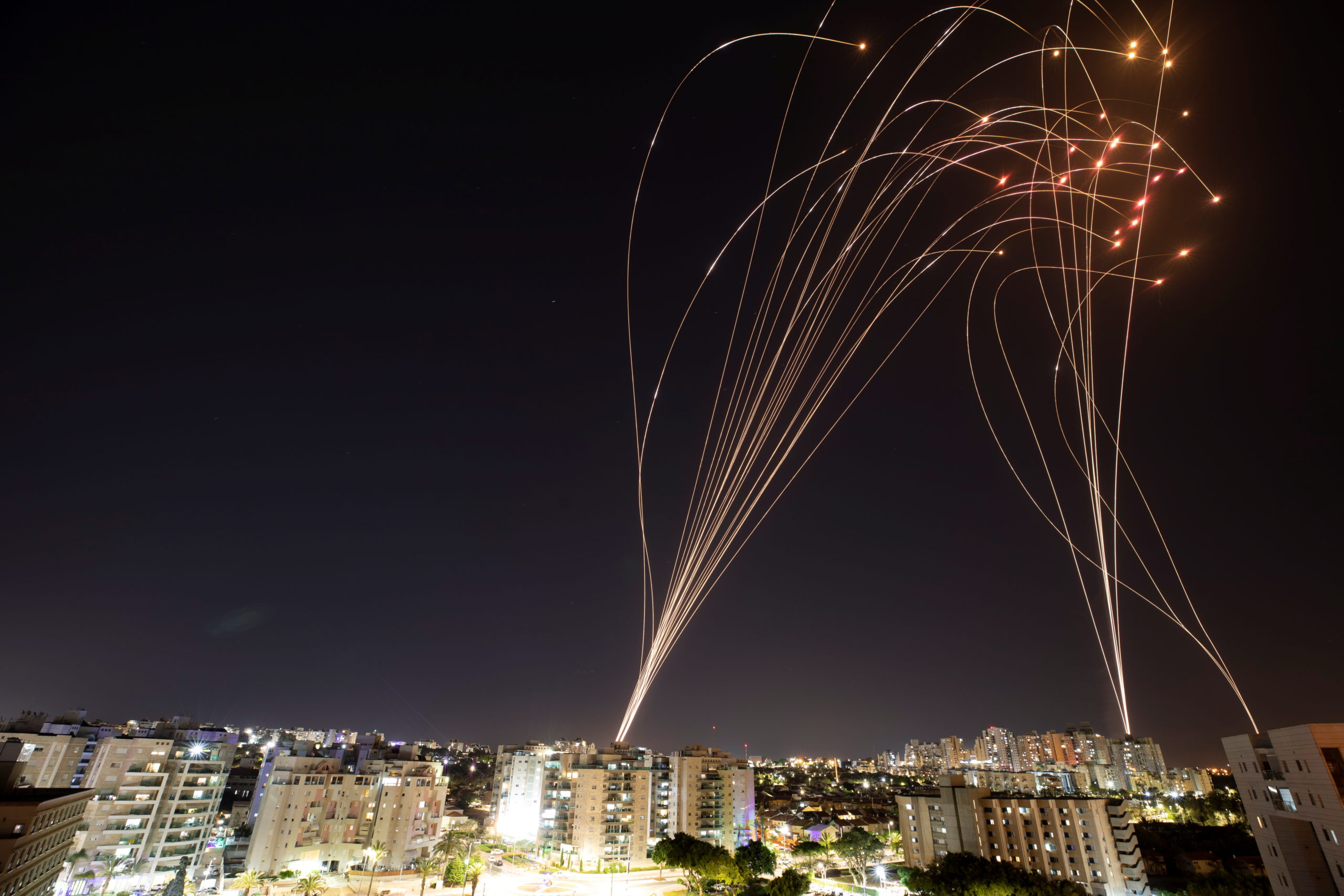 Streaks of light are seen as Israel’s Iron Dome anti-missile system intercepts rockets launched from the Gaza Strip towards Israel, as seen from Ashkelon, Israel, May 11, 2021. (REUTERS/Nir Elias)

In a new and advanced strategy from Hamas, rockets were shot towards Israel in rapid-fire barrages that managed to pierce the Iron Dome’s shield of defense.

The rockets have forced multiple airlines to cancel flights to Israel and caused many carriers to divert their Israel flights to an airport in Southern Israel, Reuters reported. (RELATED: US Yanks Its Military From Israel, Warns Americans Against Traveling Due To Terrorist Groups ‘Plotting Possible Attacks’)

The rockets caused seven Israeli deaths, according to The Jerusalem Post.

If it were not for Israel’s anti-missile defense system Hamas would have successfully killed many more Israeli civilian lives due to the indiscriminate nature of the attacks.

The Iron Dome is an Israeli missile-defense system that “detects, assesses and intercepts a variety of shorter-range targets such as rockets, artillery and mortars” and sends Tamir missiles to intercept them.

Tuesday’s waves of rocket fire forced Israel to reportedly shut down its airspace to commercial flights briefly and redirect some planes to Cyprus and Greece. 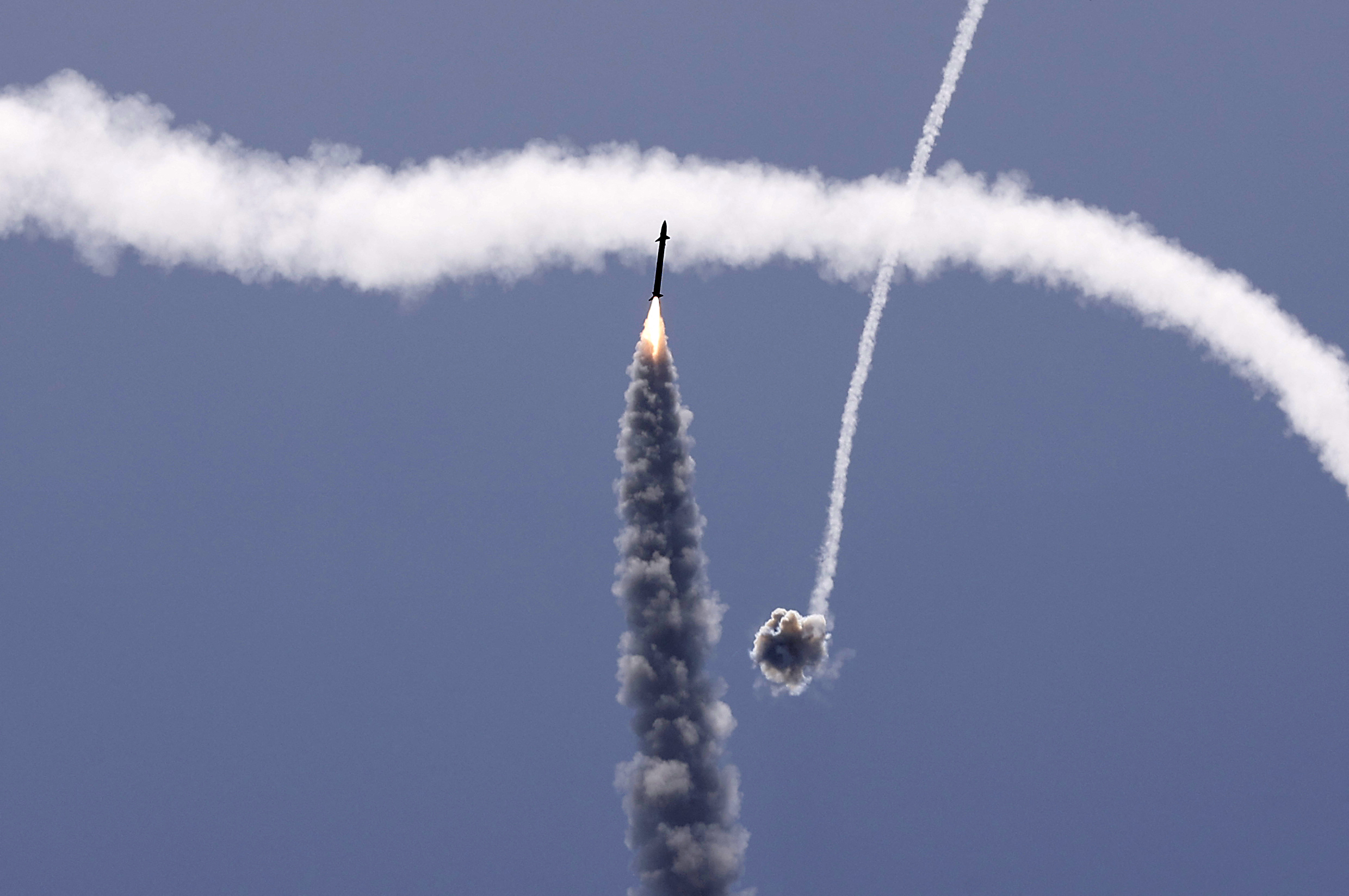 Israel’s Iron Dome aerial defense system intercepts a rocket launched from the Gaza Strip, controlled by the Palestinian Hamas movement, above the southern Israeli city of Ashkelon, on May 11, 2021. (Photo by JACK GUEZ/AFP via Getty Images)

This image by Agence France-Presse’s Jack Guez shows an Iron Dome Tamir interceptor missile in the sky on its way to take down one of several rockets Palestinian terrorists fired towards Ashkelon and Ashdod Tuesday afternoon following Israeli strikes that took out targets in Gaza, including three Islamic Jihad commanders.

Two unsuspecting journalists got a dose of The Iron Dome Missile Defense System, during a live broadcast.
Wait for it…wait for it….pic.twitter.com/98DKatPlIv

The onslaught of rockets on Tuesday afternoon killed two women after some missiles managed to overwhelm the Iron Dome and hit targets in Ashkelon, according to The Post.

One was Soumya Santosh, an Indian maid in Ashkelon. Santosh took care of an elderly Jewish woman who was also severely injured from the rocket blast. The other casualty was an Israeli woman named Nella Gurevitz, who was with her husband in the apartment building that got hit by the Palestinian terrorists, The Post reported, leaving behind her husband, who is hospitalized for his injuries.

This social media post shows a video that a passenger aboard an El Al plane LY 332 from Brussels took Thursday early morning when the aircraft was holding off its landing at Tel Aviv’s Ben Gurion Airport due to incoming rocket fire from Gaza targeting areas in and around the international airport. According to flight data from Flightradar 24, the plane was going in a circle multiple times over Judea and Samaria, also known as the West Bank, while sirens rang at Ben Gurion Airport, warning of missiles. It was then when this passenger grabbed this video. According to Flightradar 24, the plane was eventually diverted south to an airport in Eilat, Israel. 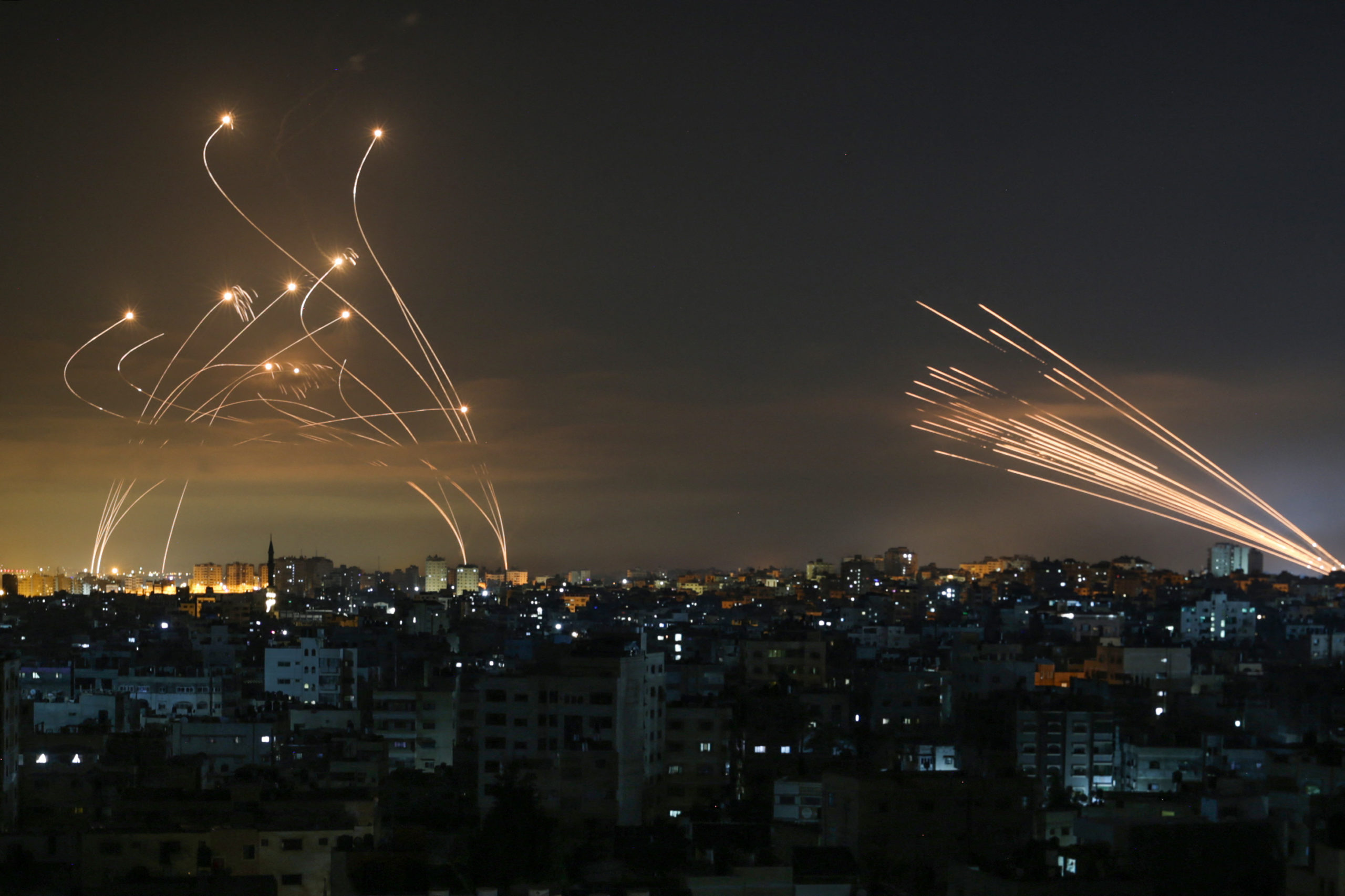 The Israeli Iron Dome missile defense system (L) intercepts rockets (R) fired by the Hamas movement towards southern Israel from Beit Lahia in the northern Gaza Strip, as seen in the sky above the Gaza Strip overnight on May 14, 2021. (Photo by ANAS BABA/AFP via Getty Images)

A barrage of rockets rained on Friday following multiple Israeli strikes on Gaza to take out terror targets hiding in underground tunnels after being tricked by Israel. 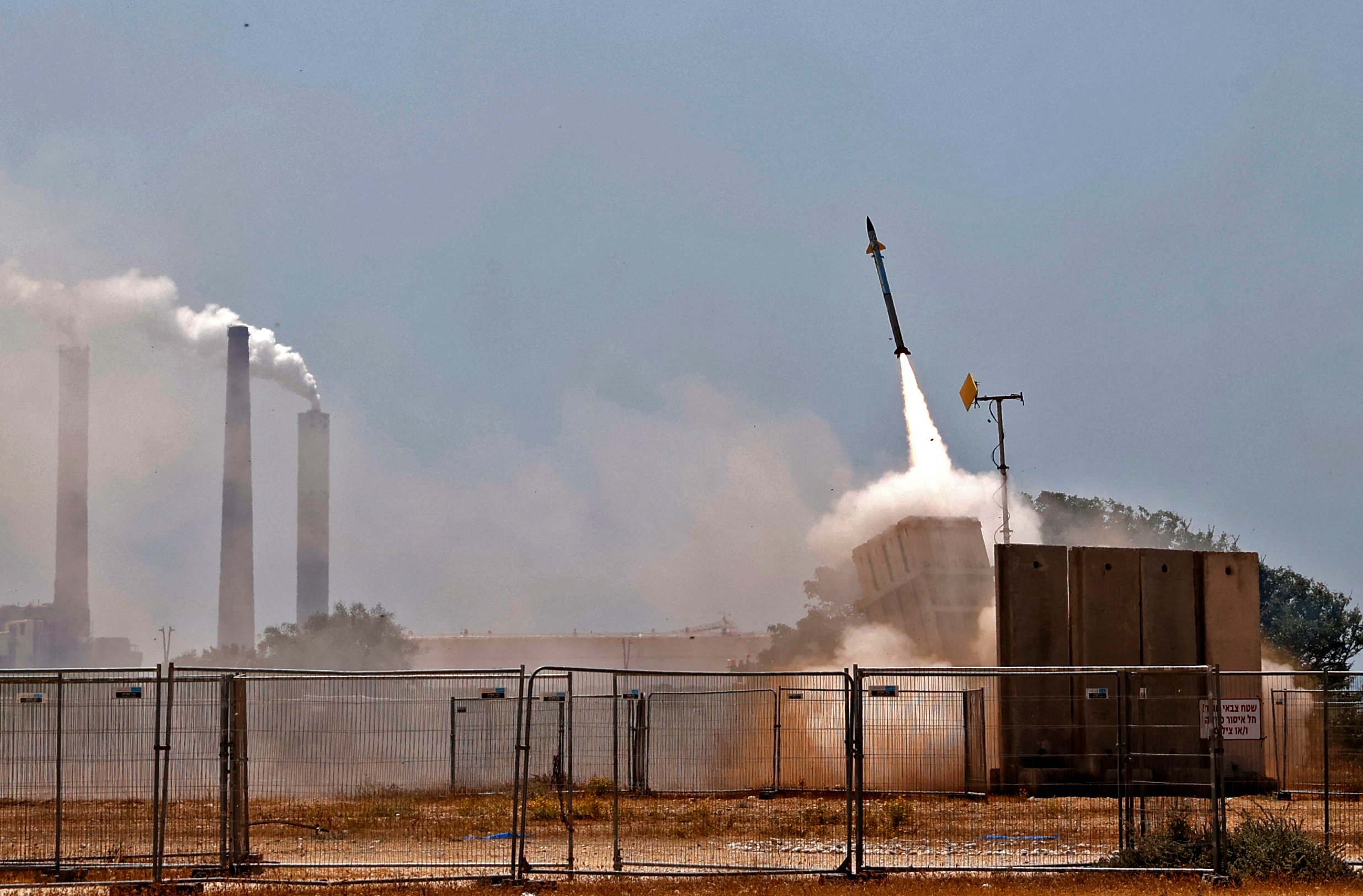 Israel’s Iron Dome aerial defense system is launched to intercept a rocket launched from the Gaza Strip, controlled by the Palestinian Hamas movement, above the southern Israeli city of Ashkelon, on May 11, 2021.  (Photo by JACK GUEZ/AFP via Getty Images)

According to information from a Bloomberg Quicktake video describing how the Iron Dome works, the rectangle box-like structure from which the Tamir missile emerges is the battery.

The pole behind the battery with wires running around is part of the radar-based system that analyzes incoming missiles.

Once the system finds out that the missile is headed to a civilian or strategic area, the battery fires a Tamir missile to take down the rocket. For example, the Iron Dome intercepted a Hamas UAV Friday that crossed from Gaza into Israel.

#IronDome is a man made miracle.
Many, many lives were saved tonight.
pic.twitter.com/L4TAQaiSpA

The lights in the sky are from Iron Dome Tamir interceptors meeting the rockets, which is comparable to a bullet meets a bullet.