A year of missed in-person instruction impacted millions of students across the country. For kindergarteners, the educational disruption could pose a significant and longstanding learning hurdle, The Wall Street Journal reported.

Although many school districts across the country have reopened for in-person instruction, whether partially or fully, kindergarten-aged children require a specific type of education that “can’t be replicated even by the very best teachers in the virtual environment,” Whitney Oakley, chief academic officer at North Carolina’s Guilford County Schools told the Journal.

Missing kindergarten or having a kindergarten experience that is “low-quality,” Oakley said, “could impact this generation of kids for their lifetime.” 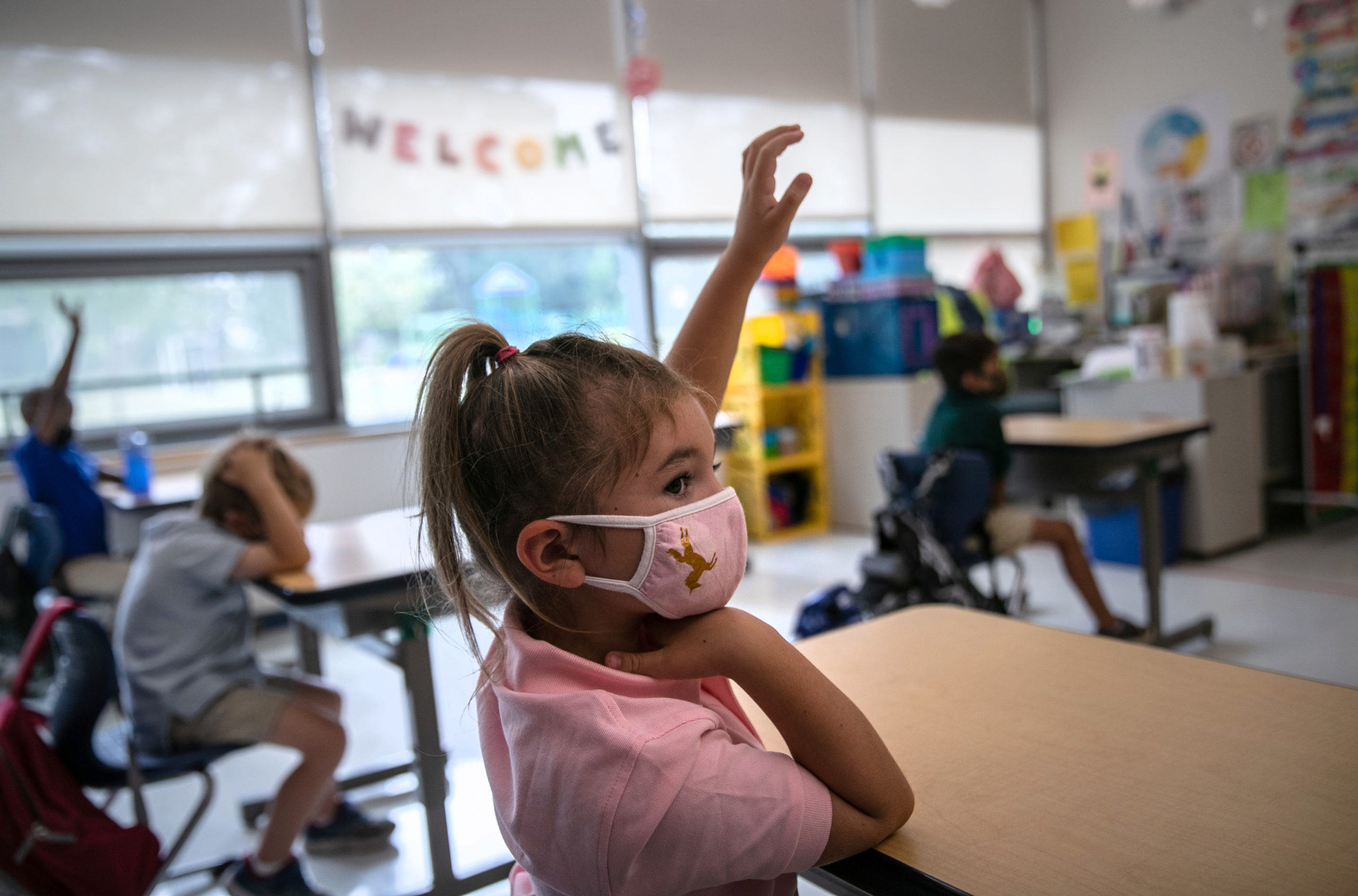 Many parents have opted to not send their children to kindergarten, or to wait to do so.

An NPR survey from October found that more than 60 districts in 20 states saw dips in enrollments, which were especially pronounced in kindergarten. On average, these districts saw 16% fewer kindergartens than in the previous school year.

An analysis of data from 33 states reported by Chalkbeat and The Associated Press showed that K-12 enrollment dropped by more than 500,000 students, and the decline is largely driven by the decrease in the number of parents enrolling their children in kindergarten. Kindergarten enrollments accounted for 30% of the reduction.

Kindergarten is not required in over half of states, leading many parents to skip it when given the option of virtual schooling.

Instead of enrolling in kindergarten in 2020 and then moving to first grade, administrators expect children will skip to first grade in the fall while others will start kindergarten a year late, according to the Journal. This could mean that the incoming class of kindergartens will be bloated, and include children at various developmental levels.

Younger students were prioritized in the early stages of school reopenings because kindergarten is so critical for development and its curriculum is difficult to teach online. Younger students are also shown to be less likely than other age groups to spread COVID-19, the Journal reported.

As vaccines have rolled out and become more available to adults, schools have continued to reopen and have announced full-time in-person instruction in the fall. Randi Weingarten, president of the American Federation of Teachers, called Thursday for all schools to open for full-time in-person instruction in the fall. (RELATED: ‘Schools Must Be Open’: Teachers Union President Reportedly Set To Flip, To Say Kids Need To Be In School By Fall)

Weingarten has previously supported a strike by the Chicago Teachers Union over the city’s planned return to in-person learning, even as the Centers for Disease Control and Protection (CDC) said that returning to classrooms could be done safely. 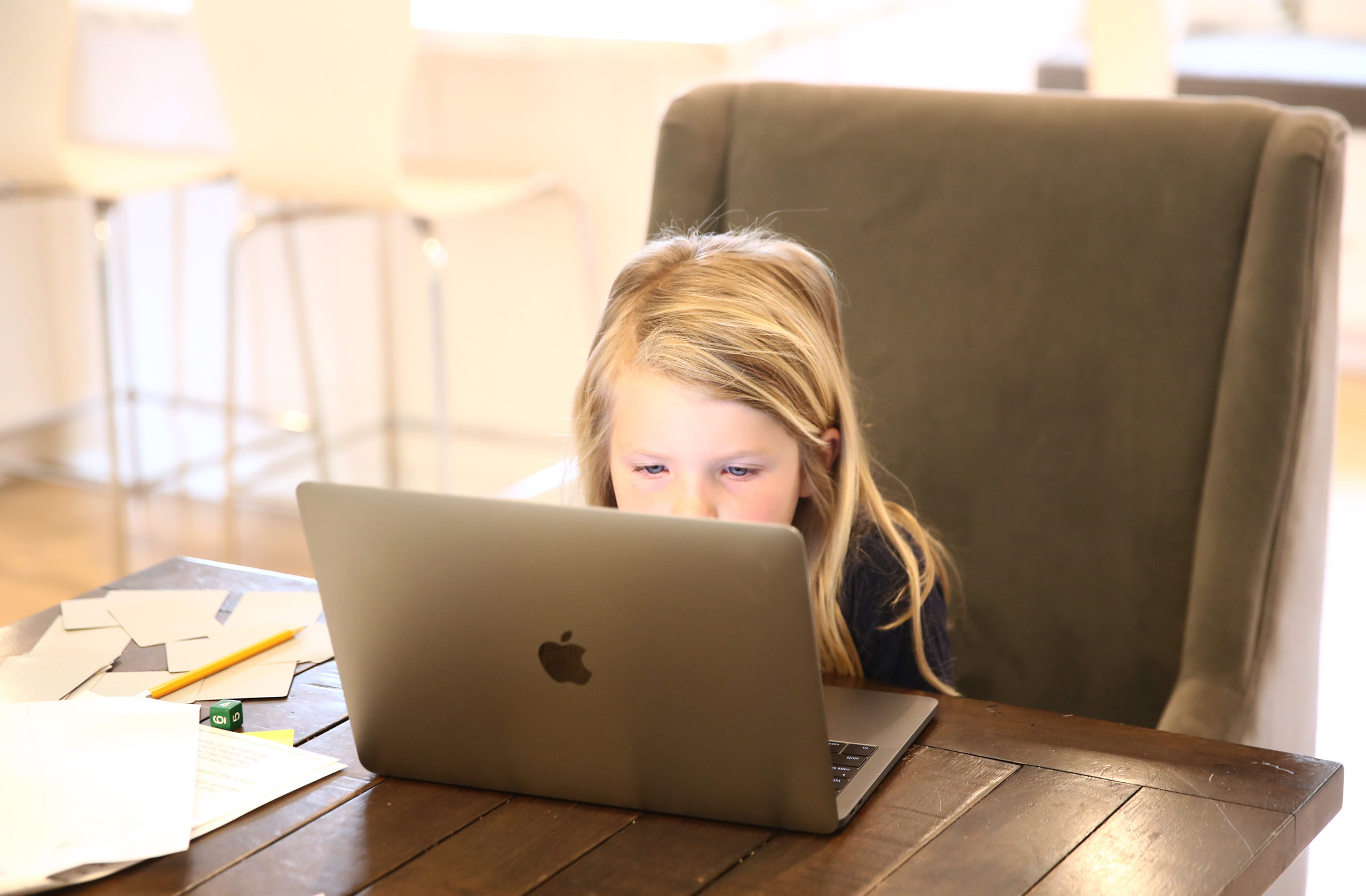 SAN ANSELMO, CALIFORNIA – MARCH 18: Evianna Van Santvoord, who is in kindergarten, does her schoolwork at home on March 18, 2020 in San Anselmo, California. (Photo by Ezra Shaw/Getty Images)

One mother in suburban Washington, D.C. told the Journal her son has spent most of the year learning remotely and wasn’t developing close friendships with his peers. In the spring, she said her son started in-person school and “is a different child.”

“The most important part of kindergarten is how to make friends, how to solve your own problems and be independent,” she said. After starting in-person instruction, he would come home more enthusiastic about people he saw and what he learned.

“There’s something about being in the room,” she told the Journal.

Other learning moments come from what happens in-between formal classes: Recess and walking to other rooms, for example, teach valuable lessons to kindergarteners, the Journal reported.

Carmen Longest, a kindergarten teacher, told the Journal that small trips to the cafeteria or library gave students a break from the classroom and taught them how to line up, move in a group and take directions.

Longest has had to alter some aspects of the school day to accommodate social-distancing guidelines. If a student offers to share a tool with a classmate, she compliments the gesture but tells the student that sharing isn’t safe at the moment.

“We say ‘thank you for offering,’ then we give them one of ours,” she told the Journal. 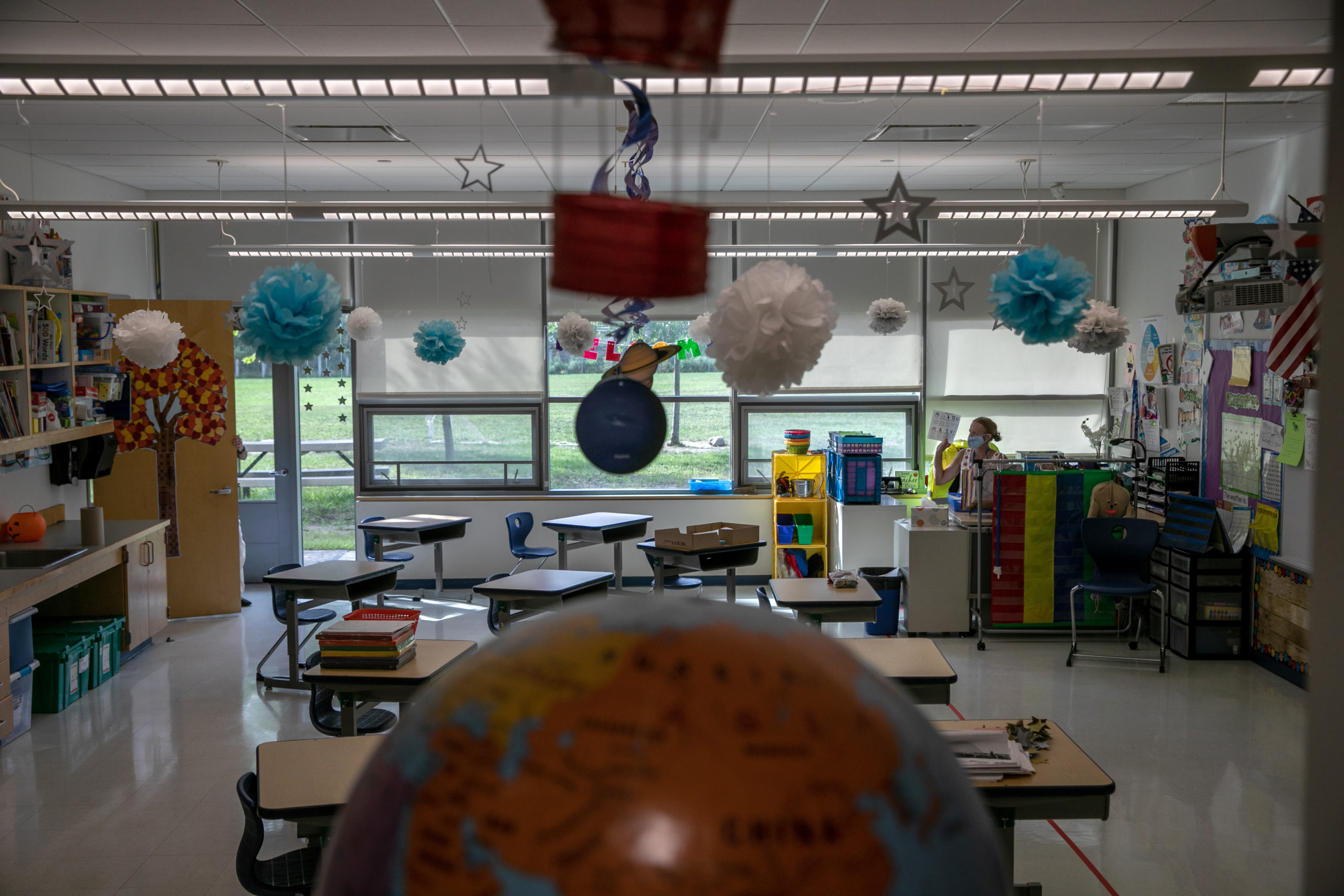 STAMFORD, CONNECTICUT – SEPT. 03: Desks sit socially distanced in a kindergarten classroom ahead of the fall semester at Rogers International School on Sept. 03, 2020 in Stamford, Connecticut. (Photo by John Moore/Getty Images)

Once students return to school full-time, teachers will be tasked with accounting for months of lessons that may have been difficult to teach remotely. Stephanie Jones, a Harvard University education professor, told the Journal that students will need to learn how to “focus attention, be aware of their emotions and interactions, just to understand the words being spoken by the teacher.”

Dr. Oakley, who is a former kindergarten teacher, told the Journal that although a lot of time will be spent in the upcoming school year getting younger students up to speed, these students have also acquired a different skill set over the last year that they otherwise wouldn’t have at such a young age, such as being responsible for a laptop and dealing with change.

“This is going to be one of the most resilient groups of students we’ve ever seen,” Oakley said.