Police in Paris used water cannons and fired tear gas to disperse pro-Palestinian protesters who took to the streets Saturday.

The protest was banned by police at the request of Interior Minister Gerald Darmanin, who cited fears of it turning violent like a similar protest in 2014, according to Reuters.

An administrative court upheld the police’s decision Friday, the Associated Press (AP) reported. However, it did not stop thousands of people who turned out at the demonstration in defiance of the prohibition.

Around 4,200 law enforcement officers were deployed by Paris Police Chief Didier Lallement on the streets where the protesters had planned to march, according to AP. The security forces reportedly blocked the planned starting point and closed down shops in the neighborhood. 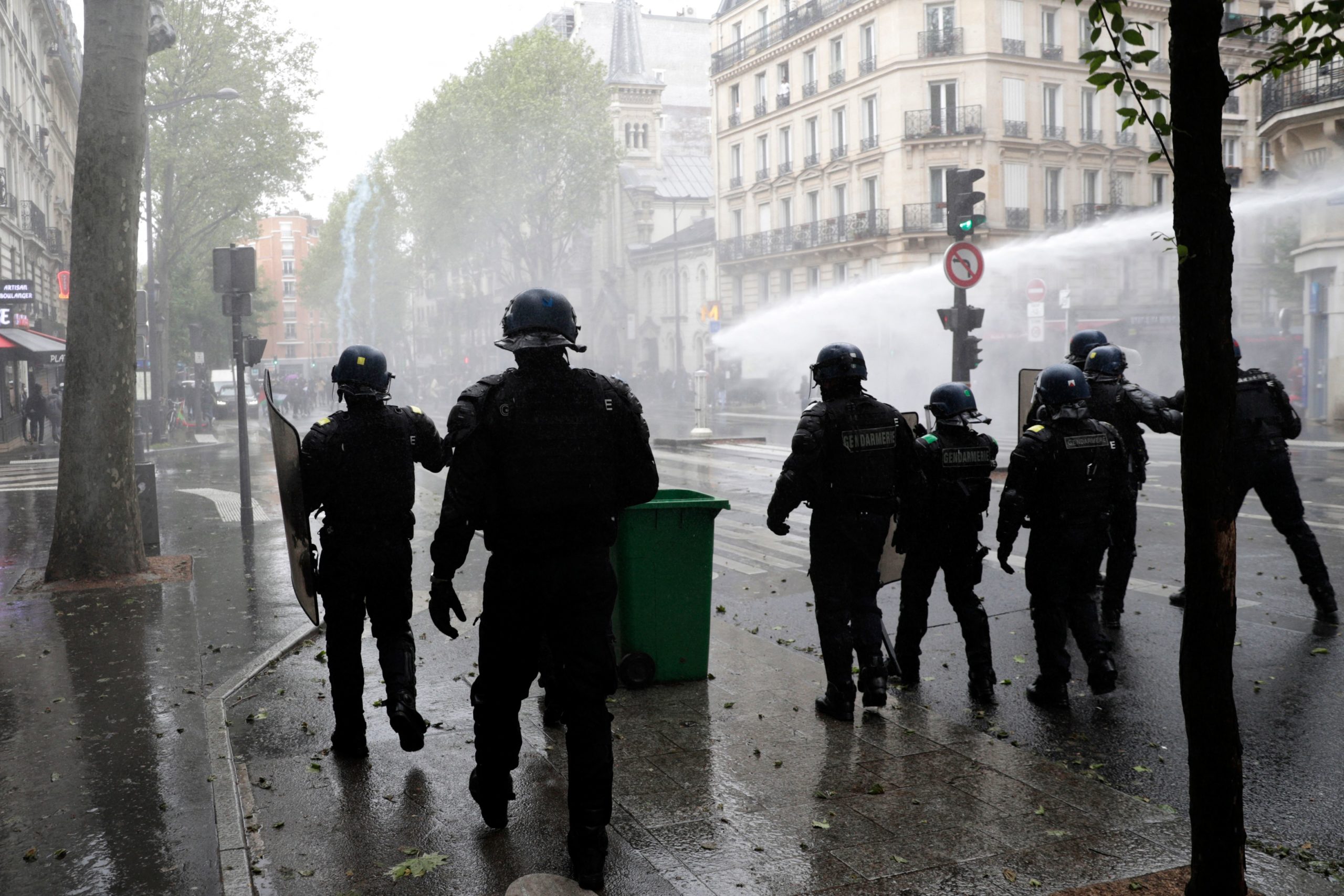 French riot mobile gendarmes stands in front of protesters during a demonstration in solidarity with the Palestinians called over the ongoing conflict with Israel, in Paris on May 15, 2021. (Photo by GEOFFROY VAN DER HASSELT / AFP)

No such measures were put in place in other European cities, including London, Madrid, Brussels and Rome, where people also gathered to peacefully protest the conflict in Gaza, according to AP. (RELATED: At Least 32 People In Gaza Dead As Israel Retaliates Against Hamas Attack)

Thousands marched to the Embassy of Israel in London to protest Israel and their actions, including a Saturday air raid that obliterated an 11-story tower in Gaza which housed media outlets, such as Al Jazeera and The Associated Press, the report said. 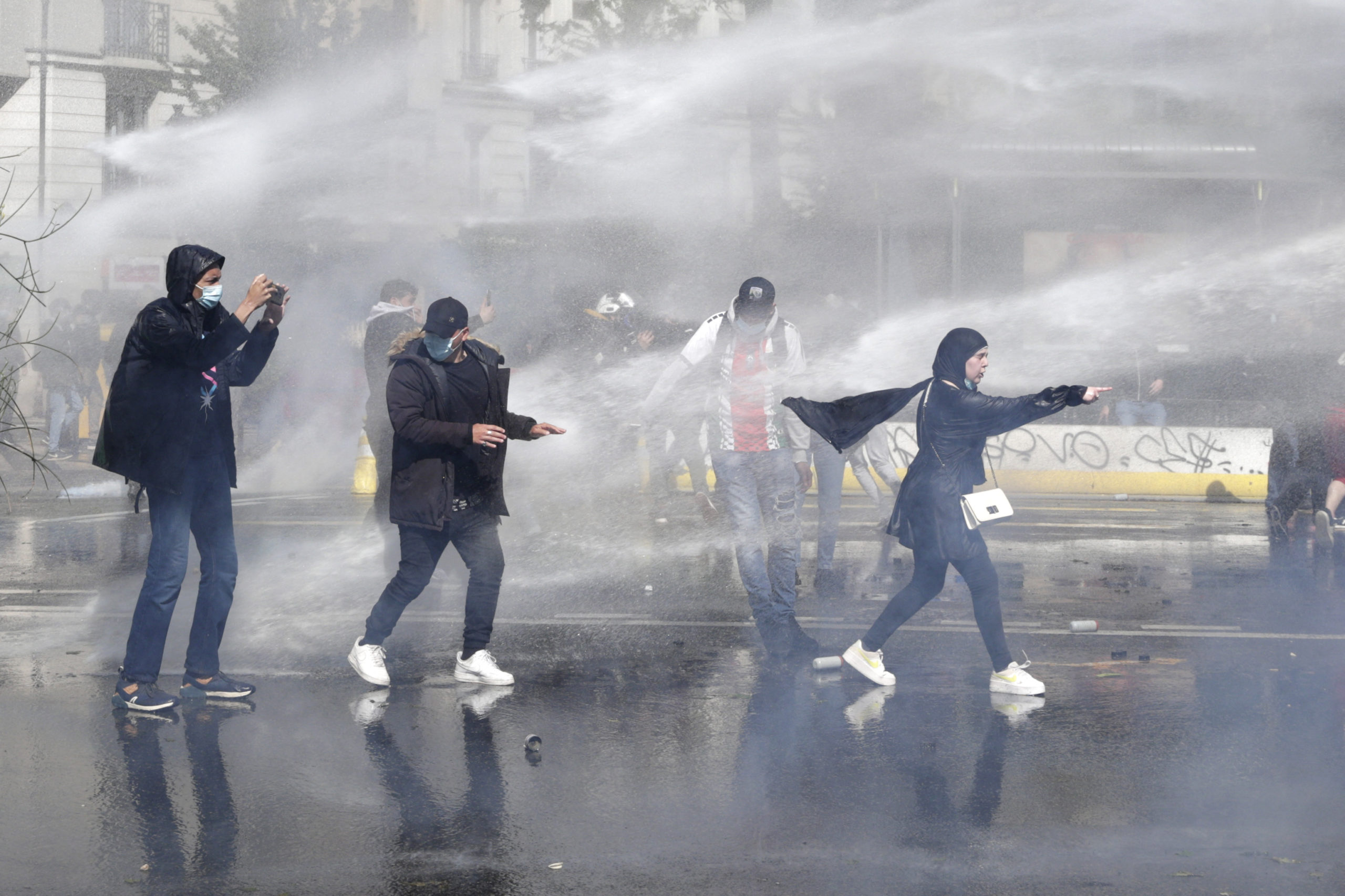 Protesters stand in front of a water canon during a demonstration in solidarity with the Palestinians called over the ongoing conflict with Israel in Paris on May 15, 2021. (Photo by GEOFFROY VAN DER HASSELT / AFP)

Paris Mayor Anne Hidalgo also welcomed the decision to ban the pro-Palestinian protest in the city calling it “wise,” according to France 24. “We all remember that extremely troubling protest,” she reportedly said, referring to the 2014 demonstrations.

“We refuse to silence our solidarity with the Palestinians, and we will not be prevented from demonstrating,” the organizers of the Saturday march said in a statement, according to France 24. 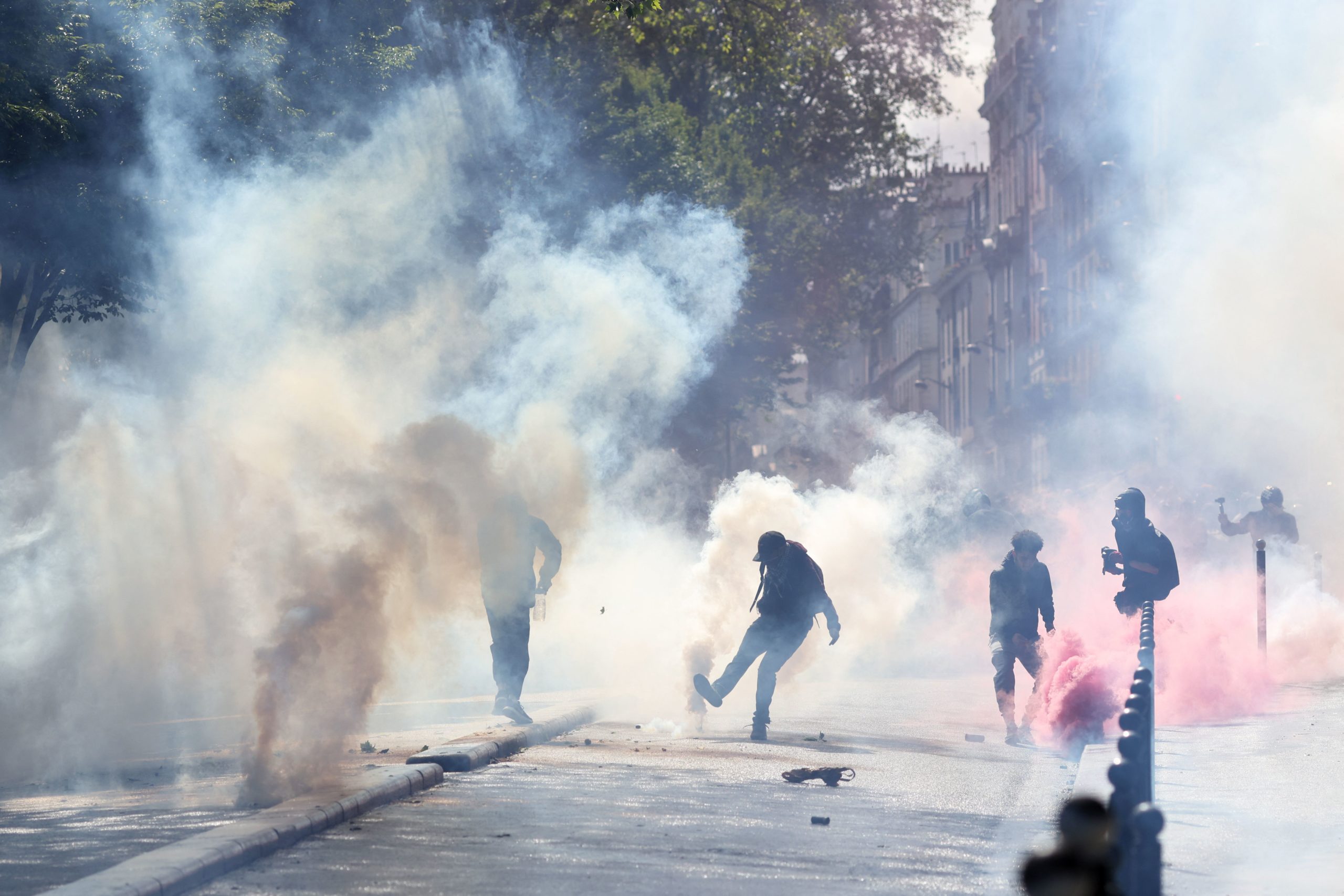 A protester kicks a tear gas canister during a demonstration in solidarity with the Palestinians called over the ongoing conflict with Israel in Paris on May 15, 2021. (Photo by Thomas COEX / AFP)

The rally members hurled projectiles at the security enforcement, to which police responded with tear gas and mass arrests.

A total of 44 people were arrested, police said, according to AP. Following a lengthy standoff, police eventually closed in on the protestors and pushed them to the edge of northern Paris.