Hundreds of thousands of people in India were forced to evacuate as a powerful cyclone moved towards the western coast, threatening the country’s COVID-19 mitigation efforts during a devastating surge in cases, numerous sources reported Monday.

Cyclone Tauktae was expected to make landfall on Monday evening in the state of Gujarat after forming in the Arabian Sea, The Associated Press (AP) reported. The cyclone brought winds of 127 mph and heavy rain, and killed at least six people in India, according to CNN. 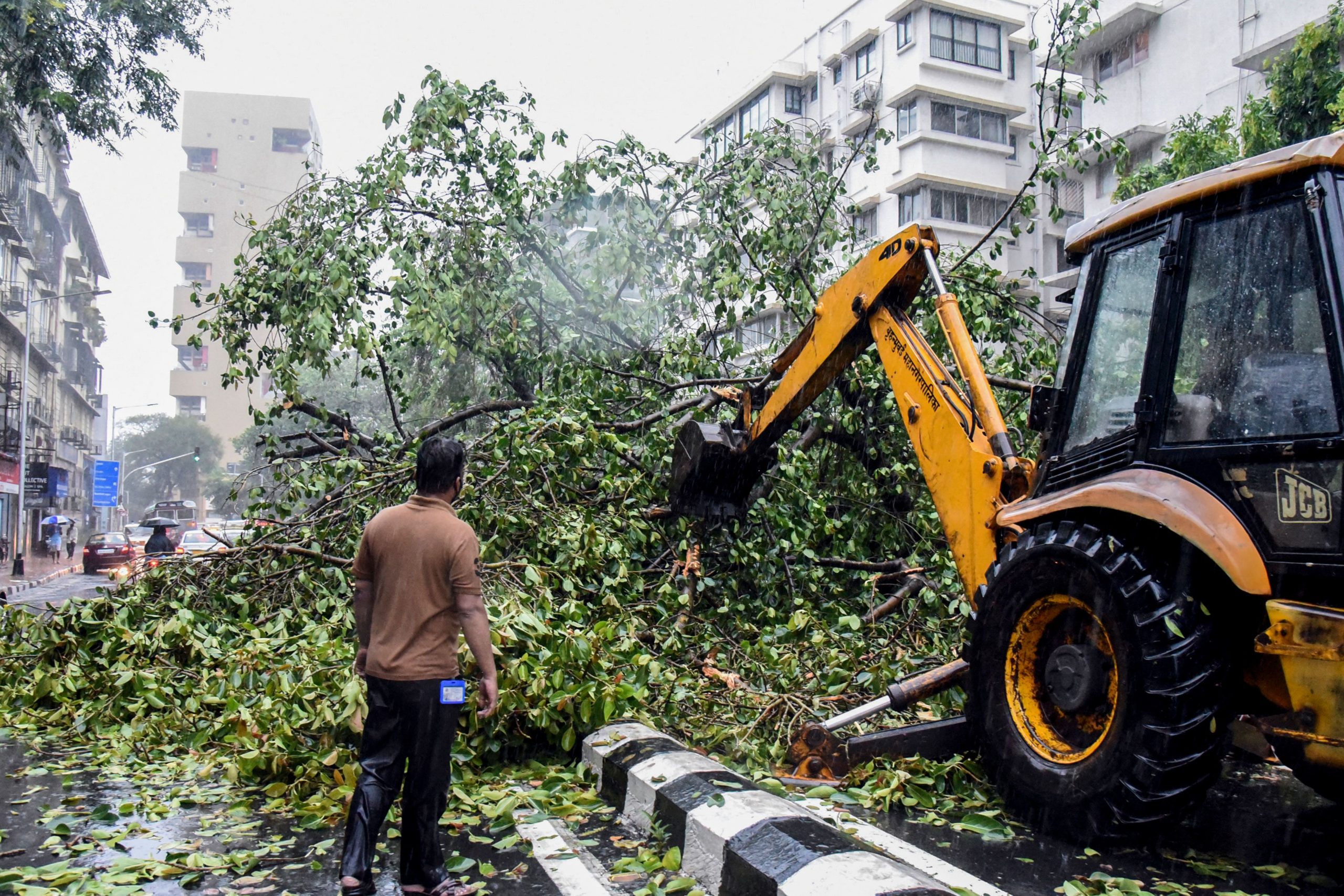 Workers of the Brihanmumbai Municipal Corporation (BMC) remove a fallen tree from a street following heavy rains from Cyclone Tauktae, in Mumbai on May 17, 2021. (Photo by Sujit Jaiswal / AFP) (Photo by SUJIT JAISWAL/AFP via Getty Images)

“One boy died due to a tree falling on his head and the second death, two people were on a motorcycle when an electric pole fell on them and one died on the way to the hospital,” said Pramod Sawant, the chief minister of Goa state, according to CNN.

The cyclone has disrupted vaccination efforts during a surge in COVID-19 cases in India and has led to the suspension of vaccination efforts, The AP reported. Crowding in evacuation shelters will also present a risk of virus transmission, and damage from the storm could destroy supply lines needed for vaccines and medical supplies.

Vaccinations were suspended for two days in Gujarat as hundreds of thousands of people were instructed to evacuate, according to The AP. India’s National Disaster Response Force reportedly deployed more than 100 teams in several impacted states to carry out evacuations and relief operations, according to CNN. Reuters reported that nearly 150,000 people were expected to be evacuated from low-lying areas near India’s western coast by Sunday evening.

Gujarat had more than 8,200 new infections reported Sunday, according to the state’s health department.

Udaya Regmi, the South Asia head of the International Federation of Red Cross and Red Crescent Societies, said the cyclone compounds the devastating impact that COVID-19 has had on many families in the country, The AP reported. 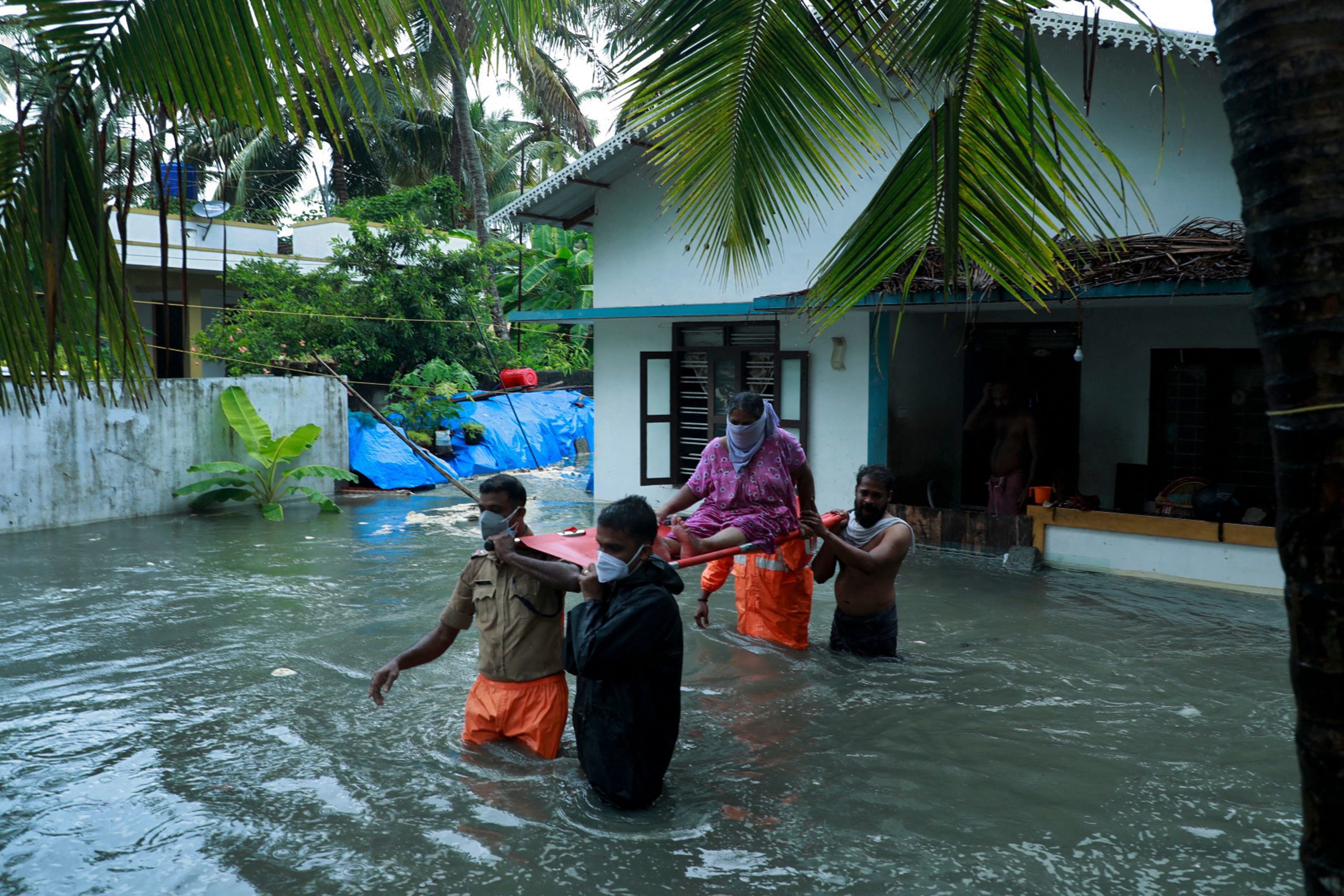 Police and rescue personnel evacuate local residents from a flooded house in a coastal area after heavy rains under the influence of cyclone ‘Tauktae’ in Kochi on May 14, 2021. (Photo by Arunchandra BOSE / AFP) (Photo by ARUNCHANDRA BOSE/AFP via Getty Images)

“The potential impacts of Cyclone Tauktae are frightening as this monster storm threatens the state of Gujarat. Every effort must continue to keep people safe from this dangerous storm and the raging pandemic,” Regmi said.

Indian Prime Minister Narendra Modi told senior officials that they should “ensure special preparedness on Covid management in hospitals, vaccine cold chain and other medical facilities on power back up and storage of essential medicines and to plan for unhindered movement of oxygen tankers,” according to CNN. (RELATED: India Can’t Cremate The Bodies Of COVID-19 Victims Fast Enough)

India reported its smallest daily increase in COVID-19 cases in roughly three weeks on May 15, with a decrease in the overall positive cases rate from 21.9% the week prior to 19.8%, according to Reuters.