President Joe Biden said he supports a ceasefire amid an increased Israel-Gaza conflict on Monday afternoon, according to the White House.

Biden was asked by a reporter shortly after giving remarks about COVID-19 whether he would back a ceasefire. The president noted that he planned to speak with Israeli Prime Minister Benjamin Netanyahu and would give more details following that call.

“The President reiterated his firm support for Israel’s right to defend itself against indiscriminate rocket attacks,” the White House said after the two leaders spoke. “The President welcomed efforts to address intercommunal violence and to bring calm to Jerusalem. He encouraged Israel to make every effort to ensure the protection of innocent civilians.”

“The two leaders discussed progress in Israel’s military operations against Hamas and other terrorist groups in Gaza. The President expressed his support for a ceasefire and discussed U.S. engagement with Egypt and other partners towards that end. The two leaders agreed that they and their teams would remain in close touch,” the White House added.

Biden’s comments mark the first time he has publicly noted a ceasefire since an increase in violence between Israel and the terrorism group Hamas. His call follows comments from United Nations Secretary-General Antonio Guterres, who pushed for an immediate ceasefire on Sunday. 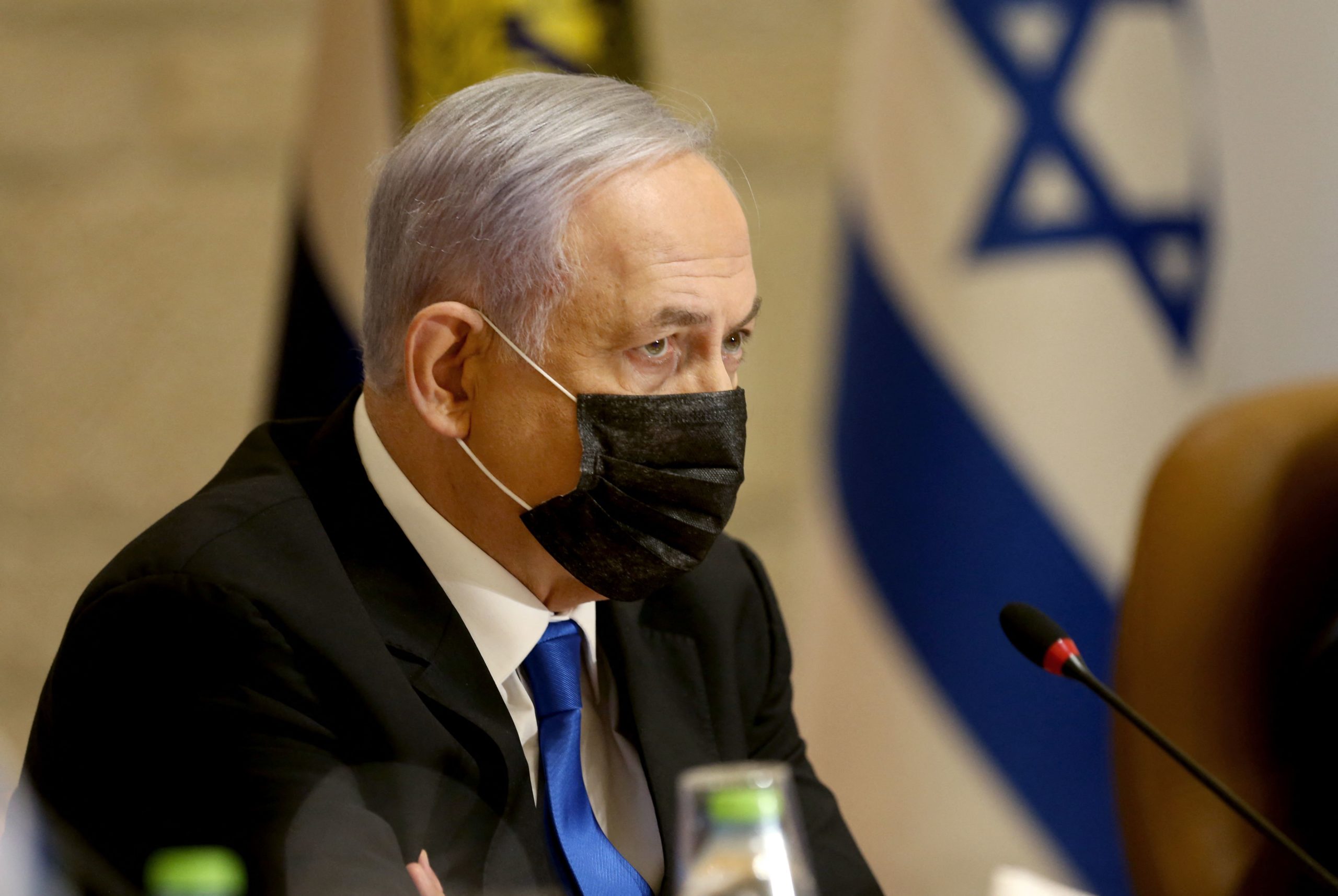 Israeli Prime Minister Benjamin Netanyahu, wearing a mask for protection against the COVID-19 pandemic, attends a special cabinet meeting on the occasion of “Jerusalem Day” at the city’s municipality building on May 9, 2021. (AMIT SHABI/POOL/AFP via Getty Images)

Prior to the president’s latest call with Netanyahu, the administration repeatedly reiterated its support for Israel amid this conflict. Some members within the Democratic party have been vocally against Biden backing Israel, with Democratic New York Rep. Alexandria Ocasio-Cortez calling the country an “apartheid” state on March 15.

“We want to bring an end to the violence, we want de-escalate the situation on the ground,” White House press secretary Jen Psaki told reporters on Monday, adding that they believe this can be best achieved through “quiet and intensive diplomacy.”

“But we share an objective of de-escalating the circumstances on the ground. We share with you that a two-state solution is the only way to bring a lasting end to the violence,” Psaki added. (RELATED: White House Says Its Message For Democrats Sparring With Biden On Israel Is To ‘Step Back From Politics For A Moment’)

Netanyahu said Monday that strikes against Hamas will continue and it’s unclear if his call with Biden prompted any change in his mindset. While Biden mentioned the ceasefire on Monday, he is still not outright calling for one, a senior administration official reportedly said.

While the latest readout of President Biden’s call w/ Prime Minister Netanyahu is certainly notable because it mentions support of a ceasefire, it does not outright call for one. A senior admin official confirms Biden is still not explicitly calling for one, as some Dems want.