A 19-state coalition urged President Joe Biden to reinstate the Keystone XL Pipeline and reverse his energy policies because of the recent gas shortages.

Gas shortages along the east coast caused by a cyberattack on the Colonial Pipeline prove the need for reliable gas pipelines in the U.S., the 19-state coalition led by Montana Attorney General Austin Knudsen wrote in a letter to Biden on Monday. The U.S. needs better energy infrastructure if the shutdown of one pipeline leads to such extreme spikes in prices and lines at gas stations, the state attorneys general said.

“A temporary shutdown of one pipeline’s full-capacity operations shouldn’t bring half the country to the brink,” the coalition of states wrote to Biden. “We need more safe and clean energy sources. And that includes the Keystone XL Pipeline.”

Biden revoked the Keystone XL Pipeline’s federal permit hours after he was sworn into office on Jan. 20. The White House explained that the U.S. would focus on developing a “clean energy economy” instead of installing gas pipelines. (RELATED: EXCLUSIVE: Republican Attorneys General Plan To Create Legal Roadblocks For Biden Agenda)

But, the letter noted that the Biden administration took multiple emergency steps last week to secure the supply chain and alleviate gas shortages in response to the Colonial Pipeline cyberattack. For example, the administration allowed tankers to transport overweight loads of gasoline on the interstate in ten states and waived environmental regulations preventing a sufficient amount of gas to be taken to certain areas, according to a White House statement.

If Biden was willing to take steps to save the Colonial Pipeline, he shouldn’t also nix the Keystone Pipeline, the attorneys general argued. 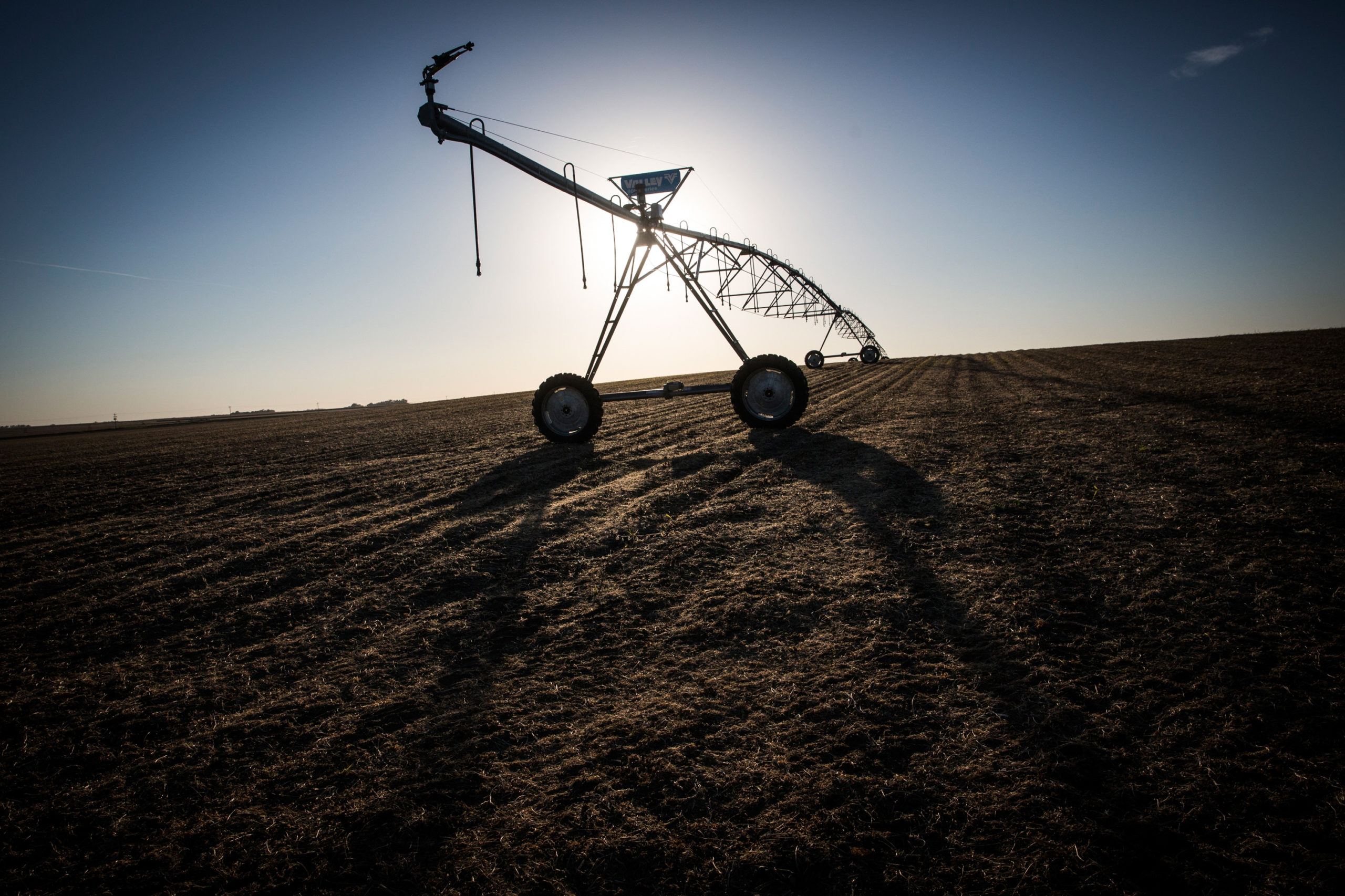 Irrigation pipes are seen in the path of the proposed Keystone XL Pipeline on Oct. 11, 2014 in Polk, Nebraska. (Andrew Burton/Getty Images)

“Most Americans—particularly those not located along the coasts—now wish you had been so diligent and responsive before you determined that Keystone XL could be sacrificed on the altar of left-wing virtue signaling,” they wrote to Biden.

“Maybe one day, down the road, we will obtain the Utopian energy profile you desire,” the letter said. “But in the meantime, Americans want practical, effective leadership—not visionary deprivations.” (RELATED: Biden Overstepped Constitutional Authority When He Revoked Keystone Pipeline Permit, Multiple States Allege In Lawsuit)

Former President Barack Obama’s administration, which Biden was a member of, had also determined on multiple occasions that the Keystone Pipeline was a net positive for the economy, the environment and energy security, Knudsen and the other attorneys general said.

The Colonial Pipeline resumed operations Wednesday after the cyberattack, which was conducted by a foreign hacking group, causing its operations to come to a halt for multiple days. 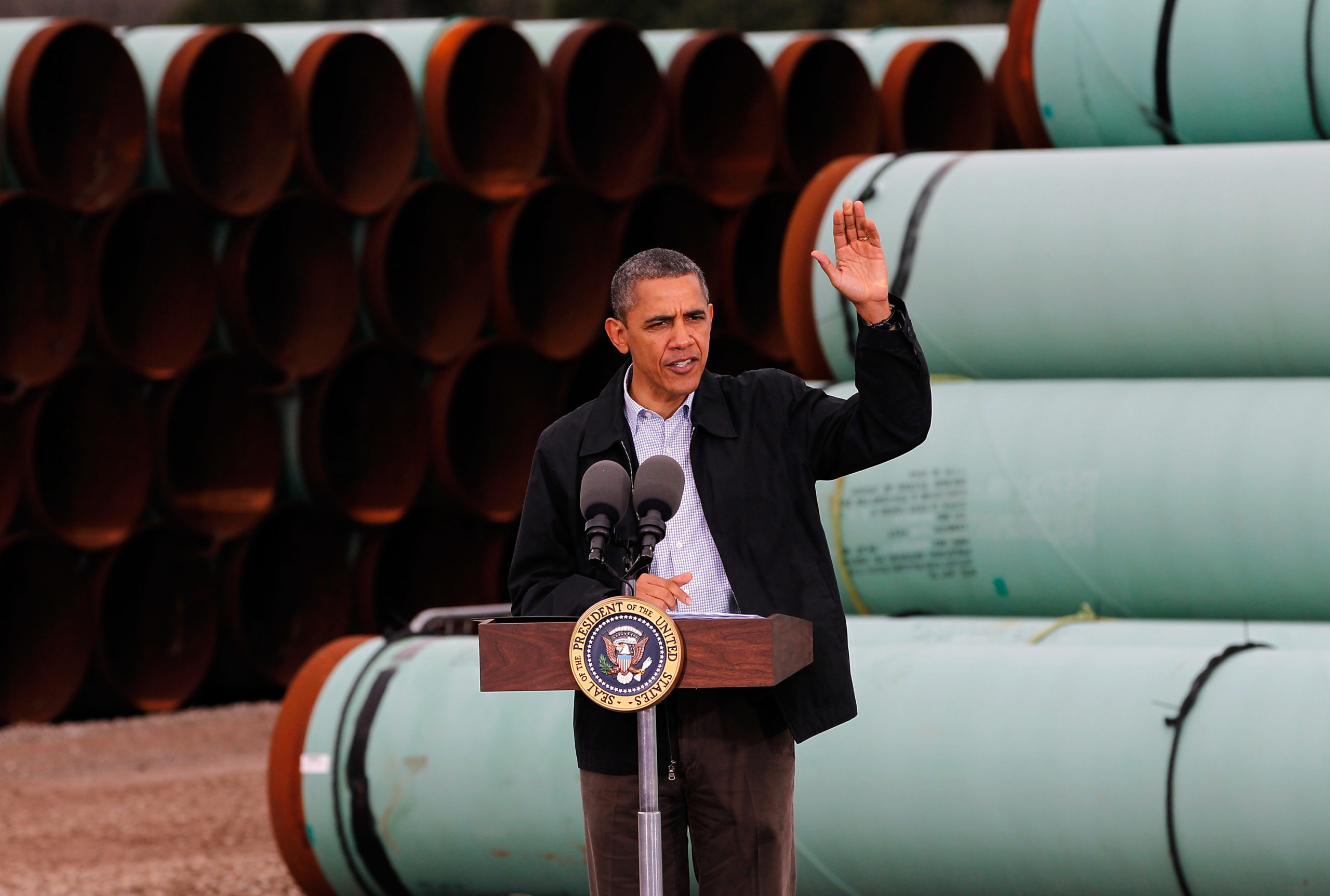 In March, Knudsen and 20 other state attorneys general sued the Biden administration over the revocation of the Keystone Pipeline, alleging that it was unconstitutional. States have filed several other lawsuits against Biden over his energy policies.

“To be clear, we believe your Keystone XL decision was unconstitutional and unlawful, and many of the undersigned states are currently pressing those claims in federal court,” the letter stated. “But beyond the basic lawlessness of your decision, the current predicament shows what a poor policy decision it was.” (RELATED: 13 States Sue Biden Administration Over Federal Oil And Gas Leasing Ban)

“Your impulse to bow to an extreme climate agenda untethered to scientific fact or reality—exhibited by the Keystone XL cancellation and other similar actions—affirmatively deprives Americans of the safe and clean energy supply they need now,” according to the letter.