The police officers who fatally shot Andrew Brown Jr. in April outside of his North Carolina home will not be charged,  Pasquotank County District Attorney Andrew Womble announced Tuesday.

“After reviewing the investigation conducted by the North Carolina State Bureau of Investigation, Mr. Brown’s death, while tragic, was justified,” Womble said during a press conference Tuesday. “[His] actions caused three deputies within the Pasquotank County Sheriff’s Office to reasonably believe it was necessary to use deadly force to protect themselves and others.” 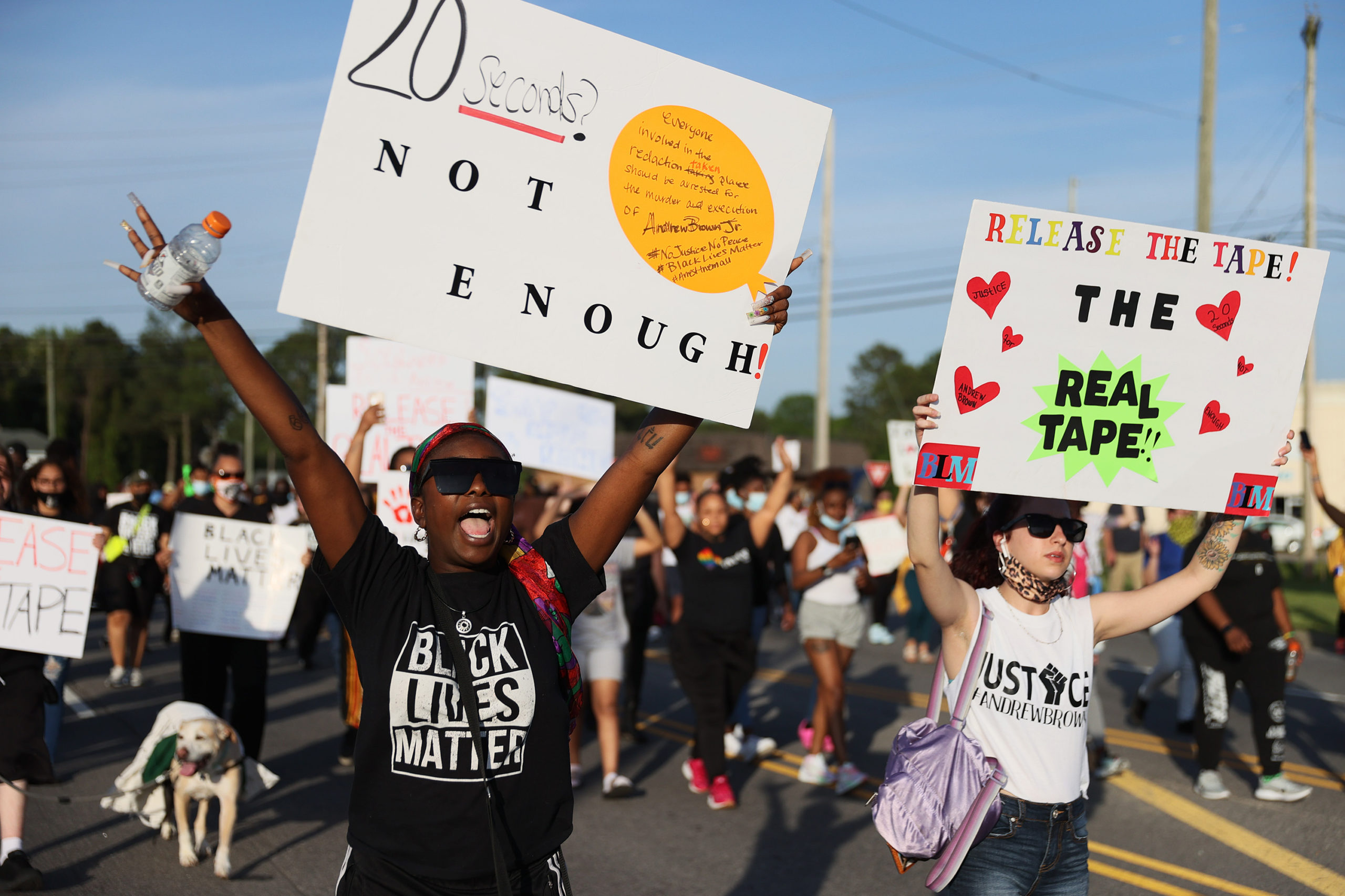 Protesters call for justice a week after the death of Andrew Brown Jr. (Joe Raedle/Getty Images)

Brown was shot on the morning of April 21 in Elizabeth City, a small town in the eastern part of the state, after officers approached him with a search warrant and pair of arrest warrants on felony drug charges. Womble testified a week later that Brown made contact with officers while in his car, and that they opened fire afterwards.

Protests erupted in Elizabeth City after the shooting, with some protesters even showing up at the home of R. Michael Cox, the Pasquotank County attorney, after he was accused of trying to stop Brown Jr.’s family from viewing the body camera footage. (RELATED: Elizabeth City Goes Under State Of Emergency Following Brown Shooting)

Womble’s office did not immediately release footage of the shooting, saying that it could compromise the investigation. The FBI also opened a civil rights investigation into Brown’s death in April, and it remains ongoing.

An independent autopsy confirmed that Brown was shot five times by officers, including once in the back of the head.