The Federal Bureau of Investigation (FBI) has reclassified the case of an Asian American teen who was burned alive in 2017 at her family’s Colorado home as a hate crime, numerous sources reported Tuesday.

In December 2017, 17-year-old Maggie Long was found dead inside her family’s Bailey, Colorado, home after she had gone missing, KDVR reported. A fire had broken out at the home after reports of a disturbance, according to The Associated Press (AP). 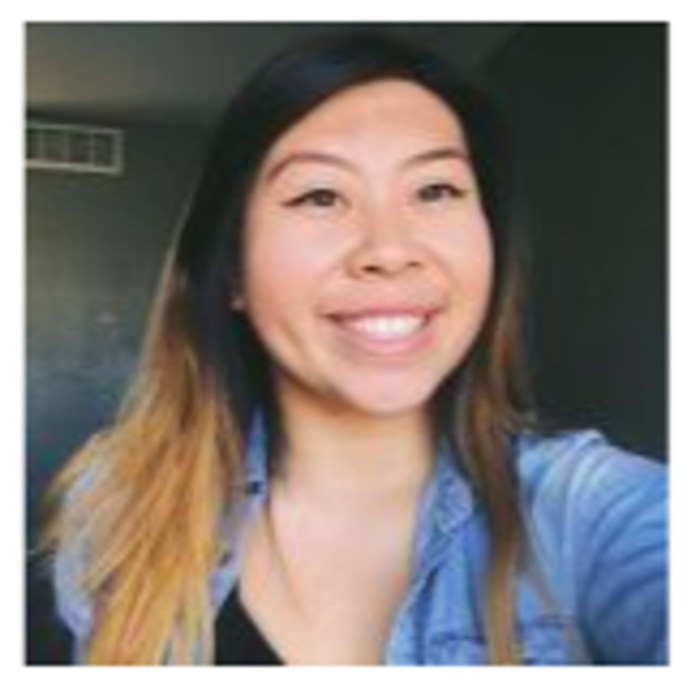 A photo of Maggie Long. (FBI)

Long was a high school senior at the time and was stopping at her home to pick up supplies for an evening concert at her school. Investigators said when she arrived at her home, they initially believed she walked into a crime of opportunity, according to 9 News.

But years later, investigators are approaching Long’s death as a bias-motivated crime, according to CBS4.

“The FBI is investigating the murder of Maggie Long as a Hate Crime Matter. A Hate Crime is a criminal offense against a person or property motivated in whole or in part by the individual’s bias against a race, religion, disability, ethnicity/national origin, sexual orientation, gender or gender identity,” a statement from the FBI to CBS 4 said.

At least three men had broken into the home and stole jade figurines, a green safe, a pistol, a rifle, and 2,000 rounds of ammunition, police said, according to 9 News. Investigators believe there was an altercation between the victim and the men before Long was “purposely set on fire and burned alive,” Park County Sheriff Tom McGraw has said, according to the AP.

The FBI did not specify why the case was being investigated as a hate crime after more than three years, according to the AP. Long’s death was ruled a homicide and no arrests have been made. There is a $75,000 reward in exchange for information that leads to an arrest in the case, according to 9 News.

Months after Long’s death, investigators said her family’s home was targeted by suspects who thought “there were items of particular value” inside, and that Long was in the wrong place at the wrong time, according to KDVR. 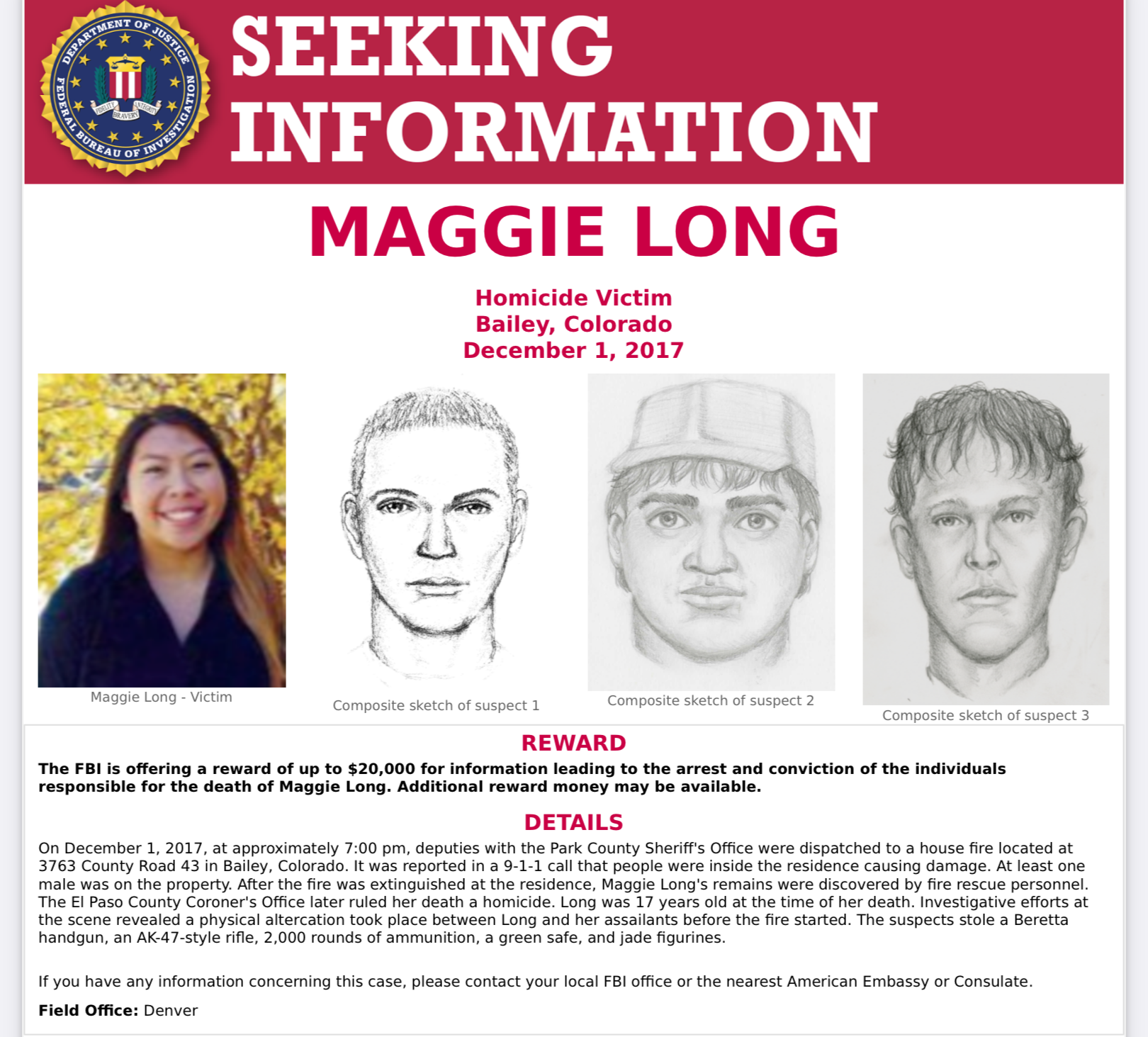 The FBI has sketches of the suspects on a poster seeking information about the case. Authorities said the suspects have not been identified or located and they may have changed their appearances, sold vehicles involved in the crime, or moved from the area, according to ABC Denver.

Long’s sisters said they never noticed Asian discrimination in the area where they lived, but the redesignation of their sister’s case as a hate crime may prompt people to remember interactions they had around the time of Long’s death. (RELATED: Asian Woman Brutally Attacked With Hammer In New York City)

“This is an angle that wasn’t looked into in the past, and at this point it is no stone left unturned. Looking at the extent of violence in this crime, that is certainly an angle to look more closely into,” Lynna Long said, according to the AP.

Lynna told CBS4 that now is the time for anyone who believes they know something about her sister’s death to come forward.

Referring to her sister’s killers, she added, “That’s not the type of people we want in our society, and it’s a matter of time before they hurt or kill somebody else. With now looking into the angle of is it race-related, it is that much more critical that this crime is solved.”