As cicadas return to large swathes of the eastern United States for the first time since 2004, experts are warning that rats may follow them.

Cicadas have already started to emerge from their underground nests, and trillions of them will eat, reproduce and die between May and September. The insects live most of their lives underground as nymphs, only emerging once every 17 years. Some scientists argue that the cicada’s life cycle is an evolutionary adaptation to avoid predators, who are set to feast on the insects. (RELATED: Trillions Of These Giant Red-Eyed Crunchy Bugs Buried Beneath The Earth’s Surface Are Set To Emerge)

Scientists group cicadas into different broods, based off of their life cycles and geographic coverage. The cicadas that will appear up in portions of the eastern United States are Brood X. They avoid cold summers, which would prove disastrous for reproduction, only coming to the surface once soil temperatures reach 64 degrees, The Columbus Dispatch noted.

Brood X appears in three major geographic areas, according to the Cincinnati Enquirer. They will in southeast Pennsylvania, western Delaware and New Jersey, southwest New York, and in Maryland. Another group will appear in Ohio, Indiana, eastern Illinois, and northwestern Kentucky. The third group will hatch in western North Carolina, eastern Tennessee, and northern Georgia.

The 2021 Brood X cicadas are emerging in Montgomery County, and @MoCoDHHS officials are urging residents to take steps to prevent an increase in the rat population.
????➡ https://t.co/OCnMFmWyE3. pic.twitter.com/1guc7oYayp

The county is recommending that residents “not put food out for stray animals, use a catch-tray under bird feeders and keep all pet food indoors and in tightly sealed containers.” They also recommend to “control weeds and shrubs so that rats cannot burrow,” and to “manage … garbage by bringing garbage cans and bags to the curb.” 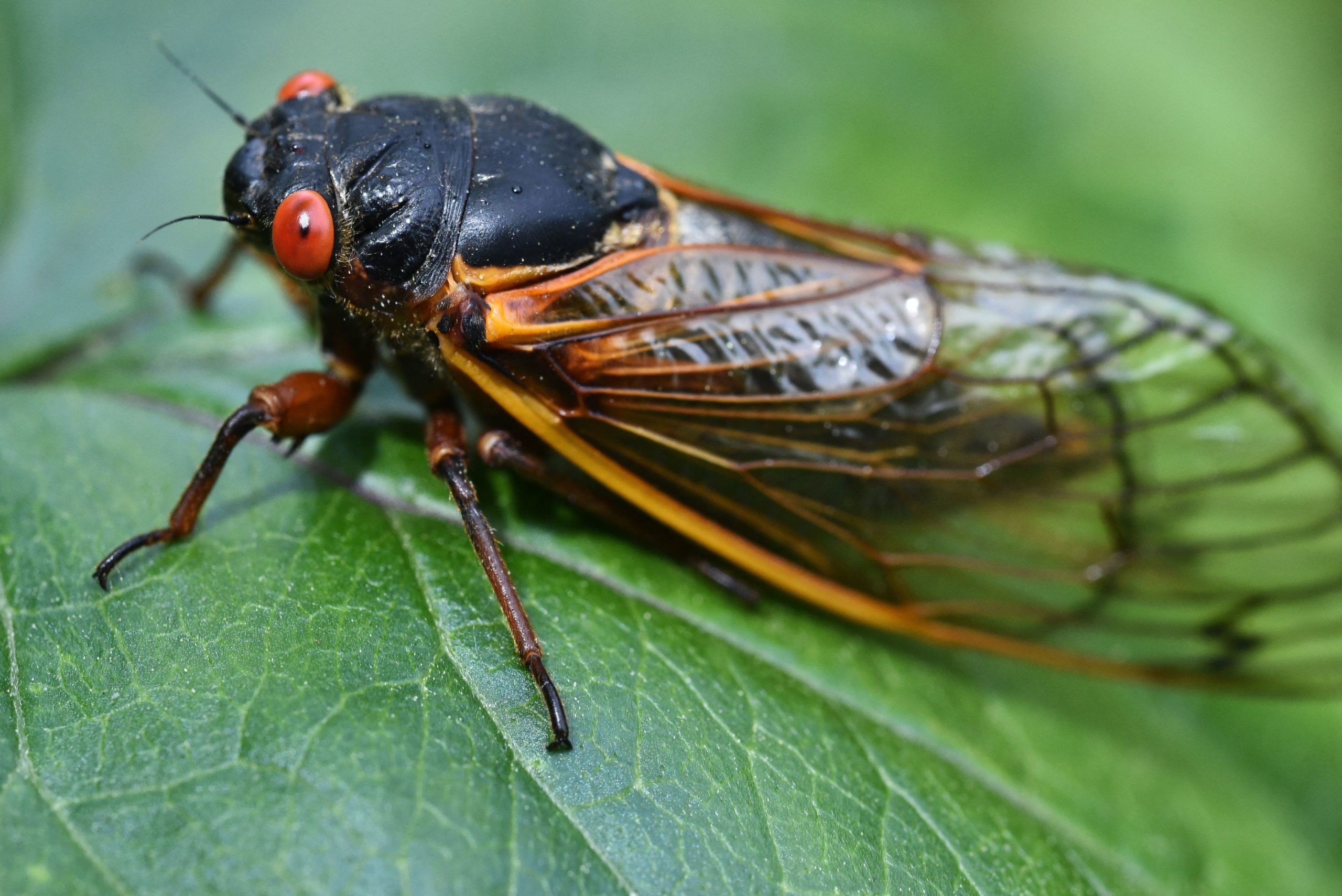 A periodical cicada is seen in Chevy Chase, Maryland on May 17, 2021. (Photo by MANDEL NGAN/AFP via Getty Images)

Residents of Washington, D.C., made 6,434 rat complaints in 2019, an increase of more than 5,000 from 2014. Rodent and Vector Control Division Director Gerald Brown told WTOP Radio in 2019 that “the mild winters for the last decade, the 25% increase in food establishments in the last two years, and [the fact that] we have over 700,000 residents in the District” all feed the city’s infestation.

“Almost everyone will eat cicadas,” UC Davis entomologist Richard Karban told the Washington Post, although he acknowledged that predicting which animals will have population surges due to the amount of available food is more difficult.

Gene Riley, an exterminator with Kolley’s Exterminating Company of Kensington, Maryland, told the Daily Caller that he is already overstocking rat supplies.

“Cicadas are a pure source of protein,” Riley said, providing “a constant buffet of food” for the rats. When the cicadas die out at the end of the summer, the rats continue searching for food, he explained.

“I remember last time [in 2004], our rat business spiked about three times the normal amount,” he said.

The increase in rats and other predators will be short-lived, however.

“The next year, and in the intervening years, there’s no food for them, so their populations crash again,” Karban told Scientific American of the predator populations.