Biden thanked a bipartisan group of lawmakers during a ceremony in the East Room of the White House for coming together to pass the COVID-19 Hate Crimes Act. The president added that standing against hatred and racism, which he called “the ugly poison that has long haunted and plagued our nation,” is what brings the nation together.

“My message to all of those who are hurting is: We see you and the Congress has said, we see you. And we are committed to stop the hatred and the bias,” he said. 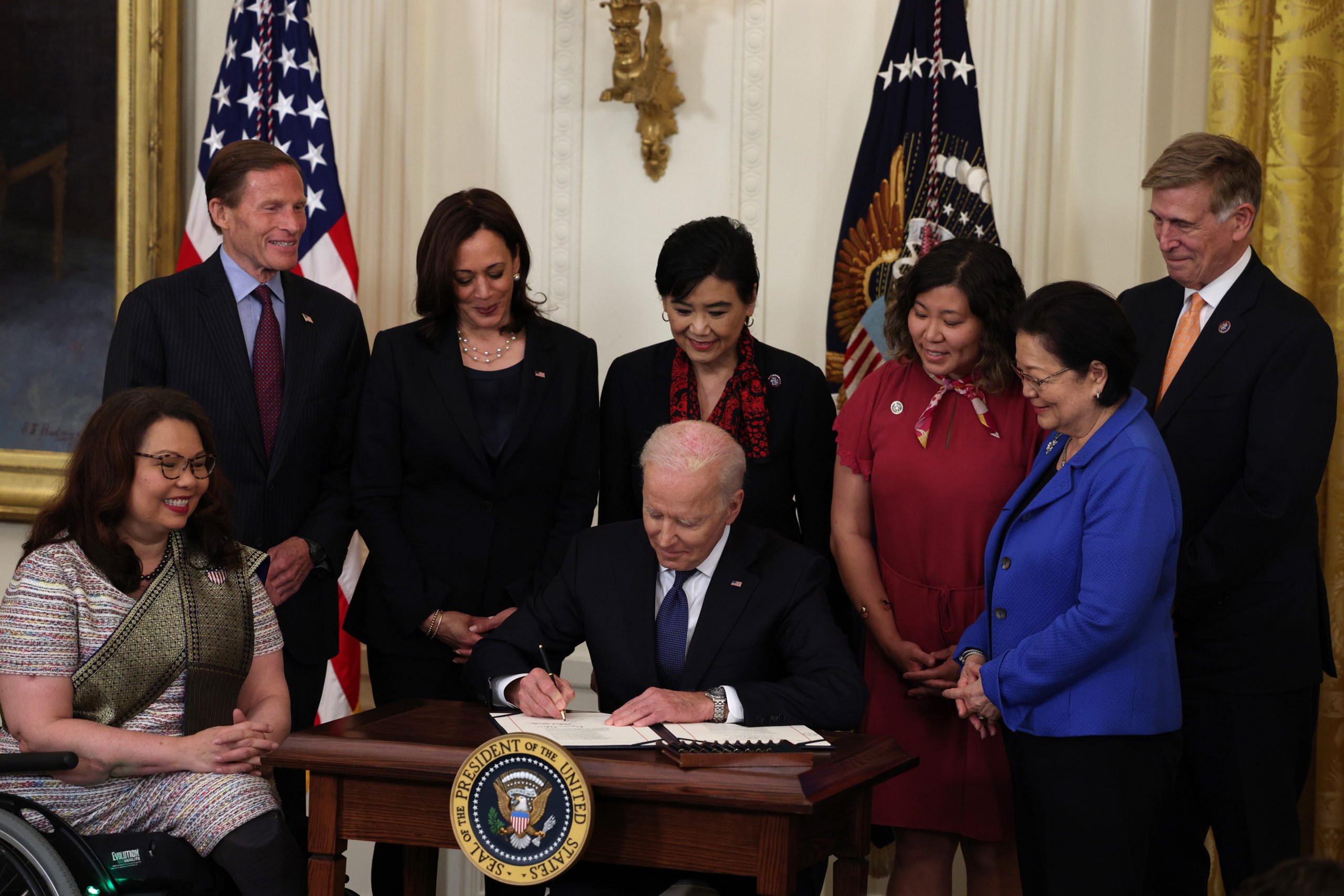 President Joe Biden signs the COVID-19 Hate Crimes Act into law at the White House on May 20, 2021 (Anna Moneymaker/Getty Images)

The new law directs the Justice Department to accelerate its review of reported hate crimes related to COVID-19 and expedites the process of reporting such crimes to authorities. It also includes a bipartisan provision that offers federal grants to state and local law enforcement to improve hate crime reporting.

The legislation was introduced in late March by Democratic New York Rep. Grace Meng and Democratic Hawaii Sen. Mazie Hirono. It was passed in the Senate in April by a 94-1 vote and was later passed in the House on Tuesday by a 364-62 vote.

The legislation originally lacked widespread Republican support but was ultimately endorsed by several notable Republicans, including Senate Minority Leader Mitch McConnell. He and Maine Sen. Susan Collins were among the Republicans reported in attendance at Thursday’s signing ceremony, according to NPR.

The new law is a response to the reported increase in violence and hate crimes against Asian Americans during the pandemic. Multiple violent attacks have been reported in a number of cities over the past several months. A mass shooting in March killed eight people, six of whom were Asian women, at an Atlanta massage parlor. (RELATED: Case Of Asian American Teen Who Was ‘Purposely Set On Fire And Burned Alive’ In 2017 Will Be Probed As Hate Crime, FBI Says)

A study published in early May from the Center for the Study of Hate and Extremism at California State University, San Bernardino, found that hate crimes against Asian Americans increased 150% last year across the 16 largest cities in the U.S.